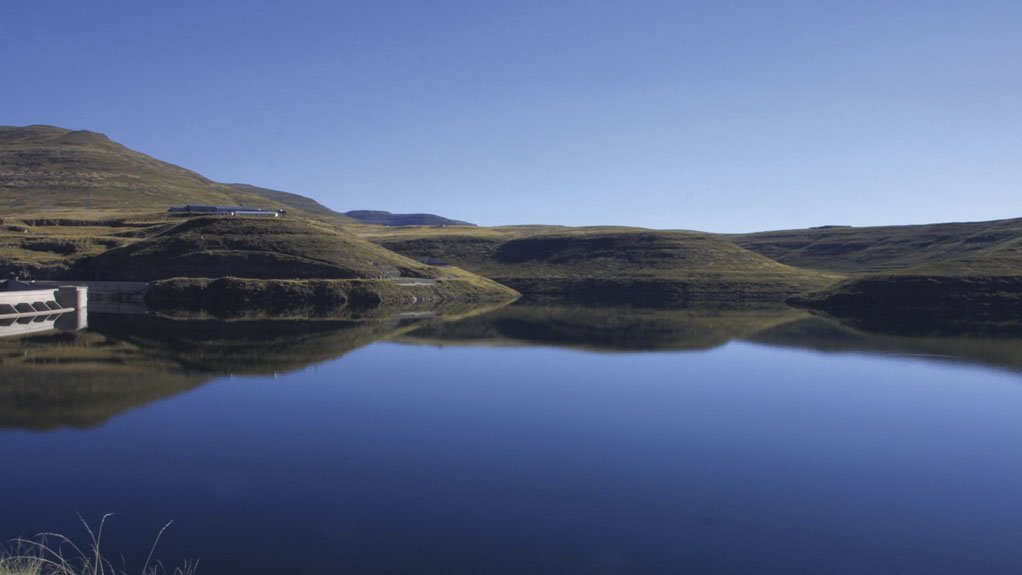 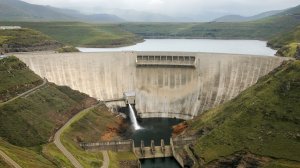 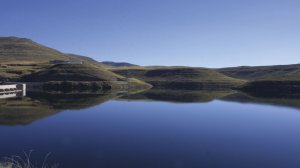 Construction of the Polihali dam – an integral part of the Lesotho Highlands Water Project (LHWP) Phase II – is expected to begin in 2019.

The Polihali dam, the Polihali–Katse transfer tunnel and other infrastructural aspects of the LHWP Phase II should be completed by 2024. Once Phase II has been completed, the amount of water supplied to South Africa through the LHWP will progressively increase from 780-million cubic metres yearly to about 1.27-billion cubic metres a year over the following 20 years.

As of May 2015, the estimated cost of the Phase II water transfer component was R22.9-billion at completion.

LHWP implementing body Lesotho Highlands Development Authority (LHDA) CEO Refiloe Tlali says that, as construction of the dam is expected to begin in 2019, its impoundment should start in the second half of 2023. Water delivery will follow once the reservoir has filled sufficiently, which will take at least one or two rainy seasons.

She says the 2.3-billion cubic metre Polihali dam will be built downstream of the confluence of the Senqu and Khubelu rivers. The dam will have a 163.5-m-high concrete-faced rockfill embankment dam wall. The crest length will be 915 m, with a full supply level of 2 075 m above sea level. A 49.5-m-high saddle dam and spillway will also be built.

Meanwhile, the 38.2-km-long Polihali–Katse tunnel will have a diameter of 5 m. Work entails the intake works and gate shaft at the Polihali reservoir, the water transfer tunnel, ventilation and dewatering shafts, outlet works and a gate shaft at the existing Katse reservoir, and other associated construction infrastructure. The contractors will tunnel through basalt rock, which means that excavation will likely be done using both drill-and-blast and tunnel-boring-machine methods.

She adds that the procurement process for the design and construction supervision of the Polihali dam and the Polihali transfer tunnel includes a prequalification process, which has been concluded. The tender documents to the four shortlisted bidders for the dam and the three for the tunnel will be issued by the end of August. Construction of the dam and transfer tunnel will be preceded by the construction of advance infrastructure works, including roads, bridges, housing and telecommunications. “These main works are to take into account the environmental- and social-impact assessments (ESIAs) of such activities.”

Contractual Intricacies To date, five contracts have been awarded for various elements of the advance infrastructure works. Further, the awarding of a contract for the ESIA of the construction of Phase II is imminent.

Tlali notes that the advance infrastructure work contracts include Contract 3017 for the demarcation of the Polihali reservoir. This entailed the construction of more than 1 300 beacons to mark the 230 km perimeter of the reservoir. It was awarded in April last year to Lesotho-based consultancy the Maleka, Ntshihlele, Putsoa Joint Venture (JV).

Contract 3014 for the design and construction supervision of the Polihali north-east access road was also awarded in April last year. SMEC-FMA JV (comprising the Bloemfontein branch of international engineering consultancy SMEC and Lesotho-based civil engineering firm FM Associates) is still completing the designs. Tlali says that construction of the access road is expected to begin next year.

Tlali says the geotechnical investigations have been divided into stages. The first stage involves conducting seismic refraction surveys, core drilling and logging of the cores retrieved from the boreholes. It will also include the extraction and testing of rock samples, as well as sampling the sand in the area to establish that the material at the quarry sites is suitable for use in the making of concrete. The first stage is under way, with results expected at the end of the year.

This contract, awarded in June last year, comprises accommodation facilities for the staff and workforce, site offices, workshops, plant yards and other work areas. “Work on the planning and design of this aspect of the advance infrastructure is well under way,” says Tlali.

Hydropower Phase II also includes a hydropower aspect. The Phase II Agreement determined that a hydropower-generation component – to be used to supplement Lesotho’s power supply – will comprise the 1 200 MW Kobong pumped-storage scheme or any other similar scheme.

The scheme, consisting of a hydropower station between two reservoirs will, theoretically, use the existing Katse reservoir as the lower reservoir and a new upper reservoir in the Kobong valley or any other similar scheme subject to agreement on the outcome of a feasibility study to generate power. However, the exact format of the hydropower component is yet to be determined.

Tlali says the LHDA is negotiating with one of the firms that submitted its bid to conduct the feasibility study. Negotiations should conclude in the third quarter of this year, with the study starting by the fourth quarter. The study is expected to take about two years to complete.