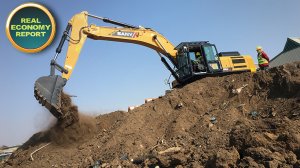 A partnership between Nkwe Platinum, Zijin Mining Group and Sany Southern Africa has resulted in six women from rural Limpopo being provided basic excavator operating skills. The initiative is part of all three companies’ corporate social investment drive and their efforts to empower women during Women’s Month.

Engineering News journalist Donna Slater reported that the six women embarked on a week-long training programme provided by two instructors, which involved theory and was followed by them physically operating a Sany excavator at the company’s Boksburg depot.