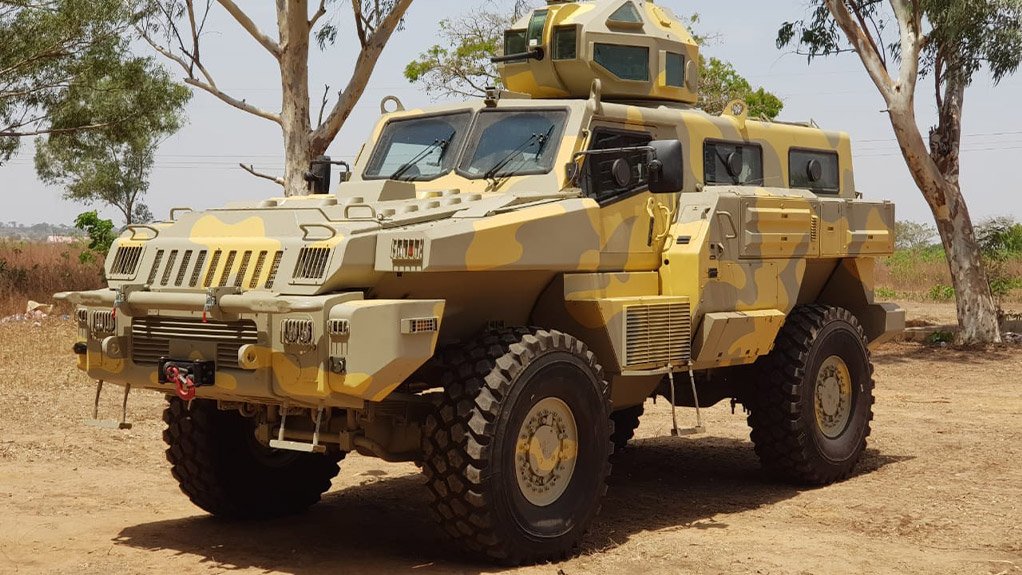 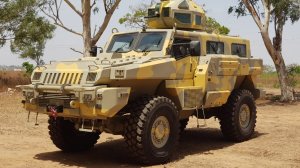 Defence and aerospace company Paramount Group has launched its Marauder armoured vehicle and personnel carrier in Nigeria, in partnership with the Nigerian Air Force.

The West African nation is bolstering its efforts to effectively tackle a range of threats posed by various terrorist and extremist groups.

The 15 t Marauder can be reconfigured as either a troop carrier or a combat vehicle. It provides good cross-country agility, while reaching a top speed of 120 km/h over challenging terrains.

The vehicle can also withstand a side blast equivalent to 50 kg of explosives, which is critical for the assymetrical warfare experienced in northern parts Nigeria.

The Marauder also boasts specially designed antiblast seats, which prevent injury from the extreme acceleration of a side blast or mine blast under the hull.

The vehicle can be fitted with a range of weapons systems and the Nigerian Air Force has opted for the inclusion of a Jordanian-made snake head turret, fitted with a 7.62 mm machine gun.

Paramount states that the Nigerian Air Force demonstrated, through the acquisition and deployment of the Marauder, its continued commitment to enhancing the country's national defence and internal security capabilities.

“Nigeria’s government also understands not only the leadership role they play in international peacekeeping missions across the Economic Community of West African States, but indeed how to effectively address the evolutionary nature of those cross-regional challenges posed by threats such as organised insurgencies,” says Paramount senior VP Eric Ichikowitz.