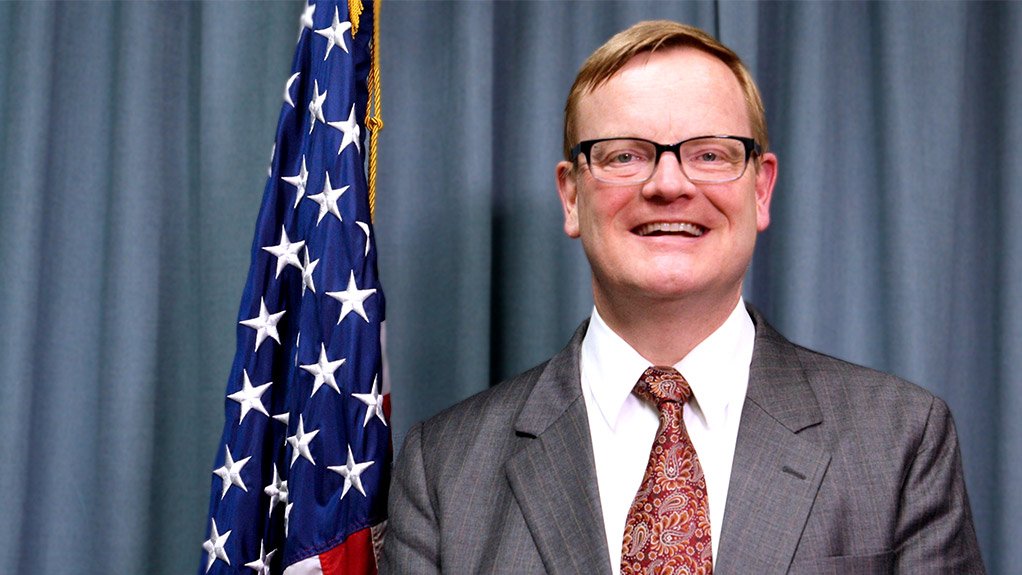 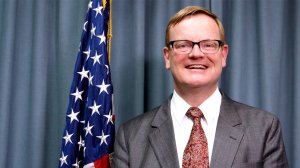 The US Embassy’s outgoing Economic Counsellor, Laird Treiber, says there has been a steady stream of American investment into South Africa during his three-year tour and that, notwithstanding the current hiatus in investment activity, economic relations are poised to expand again, owing to the strongly complementary profiles of the two economies.

In an interview with Engineering News Online ahead of his departure in mid-September, Treiber expressed optimism about future economic relations between the US and South Africa. He sees particular “untapped” trade and investment potential in the areas of energy, logistics, agroprocessing and information and communication technology  (ICT).

However, he admits that South Africa’s prevailing policy uncertainty is dampening immediate prospects for further deal flow, as many American companies are waiting for the current political processes in South Africa to “run their course” in the hope that greater political and policy certainty will emerge after the African National Congress’s December conference.

Treiber reports that, while the issue of corruption is often raised, the Foreign Corrupt Practices Act sets unequivocal guidelines for the operation of American firms abroad. Therefore, potential US investors are far more concerned about the propensity for a country, such as South Africa, to change policy course.

“Companies hate uncertainty and this has been consistently the biggest headache for American companies, both the ones that are here and the ones that are looking at coming into South Africa. Be it changes to black economic–empowerment requirements, be it changes in sector charters, be it questions about legislation, or where two Ministries have starkly different views on the future direction, then companies inevitably have to sit on the sidelines.”

Once policy certainty is re-established, however, the prospect for investment should improve materially and there could be a significant expansion in the number of US firms seeking to use South Africa as a launchpad into the rest for Africa. At present, there are some 600 American firms with operations in the country.

“Although a lot of attention is being given to the next 18 to 24 months and South Africa’s fiscal and other challenges, we in the Embassy are extremely bullish about South Africa’s longer-term future and are convinced that investment will grow,” Treiber says.

There is a good match, he says, between America’s strengths in services and technology and South Africa's areas of current and potential economic and business expansion. “Already 60% of South Africa’s economy is in services and, frankly, we see this country’s future as being in knowledge-economy-type sectors.”

Future bilateral investment activity is, thus, expected to be particularly strong in the areas of ICT, as well as the patent-related industries, such as advanced manufacturing and pharmaceuticals. Prospects are also strong, though, in the areas of renewable energy, natural gas, gas to power, energy storage and chemicals.

The US has been impressed at the pace of South Africa’s recent renewables expansion, as well as the more than 70% decline in renewables tariffs since the first projects were awarded in 2011. Therefore, despite the current impasse over the signing of new power purchase agreements, Treiber is optimistic about the sector’s prospects, particularly in light of South Africa’s almost unparalleled solar and wind resources.

On the trade front, too, the outgoing economic counsellor, who is returning to the State Department in Washington DC, is upbeat.

At present, trade flows operate within a yearly band of $16-billion to $20-billion, with the relationship relatively balanced between exports and imports.

Treiber believes there is a realist prospect of doubling or even trebling the trade over the coming ten years, with the trade relationship on a far firmer footing after the recent tumultuous period when South Africa’s continued Africa Growth and Opportunity Act (Agoa) eligibility came under intense scrutiny.

Indeed, the high-profile three-meats dispute over the export of American chicken, beef and pork to South Africa emerged as the dominant feature of Treiber’s term, during which South Africa became, in 2015, subject to an out-of-cycle Agoa review.

South Africa’s Agoa eligibility was eventually affirmed after intensive negotiations, which resulted in the country offering quota-based market access for US bone-in chicken, following a 15-year freeze on such imports as a result of antidumping duties.

Continued access to the US market through Agoa is important for South Africa, which still makes the best use of the scheme’s benefits, which extends duty-free access across 6 000 tariff lines to 38 African countries. It is understood that South Africa is currently tapping around 400 of those lines, covering everything from automobiles to macadamia nuts.

But when renewing Agoa to 2025, the US Congress strengthened the yearly eligibility review and also made it easier for stakeholders to petition for out-of-cycle reviews, which can arise at any time and cover any sector. Therefore, the US and South Africa are already informally testing the waters on a post-Agoa trade relationship.

“The good news is that I am certainty not aware of any issue, today, which could rise to the level of the three-meats dispute,” Treiber says.

He also insists that Africa remains a key focus area for US foreign policy, notwithstanding the prevailing perception that President Donald Trump’s administration does not view the continent as a priority.

As evidence, Treiber highlights the meeting with African leaders at the G7 earlier this year, where Trump called Africa “a place of opportunity,” sentiments that Commerce Secretary Wilbur Ross and United States Trade Representative Ambassador Robert Lighthizer have subsequently echoed.

Over the past 15 years, the US has realised the importance of Africa and has woken up to its economic potential. “We have a shared interest with South Africa in ensuring Africa’s long-term prosperity. So we need South Africa to succeed as South Africa, but also as a regional driver of economic growth.”

All those interests, Treiber insists, remain. “For the moment, though, what you are seeing is that the administration is focused on a number of other issues that have assumed higher priority. But to translate that to a view that Africa has fallen off the agenda, is not accurate.”

Treiber is to be replaced by Alan Tousignant, who has been serving as economic counsellor to Nigeria, but who previously worked at the Pretoria Embassy as a first secretary.