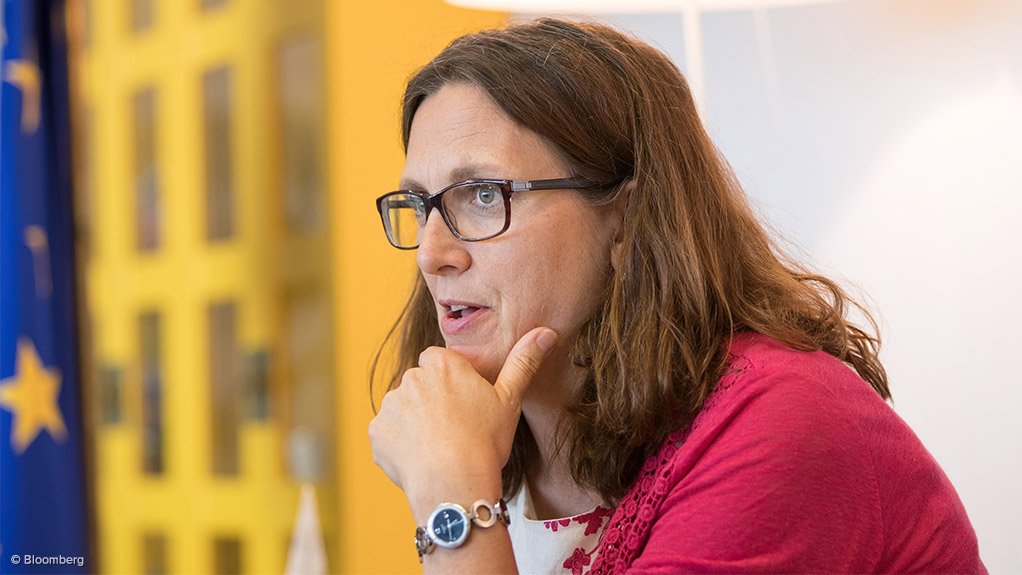 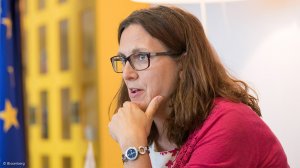 European Commissioner for Trade Cecilia Malmström will use her upcoming visit to South Africa to urge business to take fuller advantage of the recently concluded trade agreement between the European Union (EU) and six Southern African countries. The deal came into force just over a year ago on October 10, 2016.

The EU-Southern African Development Community Economic Partnership Agreement (EPA), which took more than ten years to negotiate, offers improved market access for some South African agricultural products when compared with the previous Trade, Development and Cooperation Agreement. It also includes rules-of-origin flexibility for Botswana, Lesotho, Mozambique, Namibia and Swaziland. Under the arrangement, the five countries can use inputs from their EPA neighbours without forfeiting EU access, as well as from non-EPA countries that benefit from duty-free, quota-free access to the EU.

In an exclusive interview with Engineering News Online ahead of her visit, Malmström described the EPA as a potentially “beautiful tool” for increasing trade between the two regions. However, she lamented the fact that it was not yet being extensively utilised by the six Southern African signatories.

“We have here a tool to intensify our trade relations and it can be a very beautiful tool, but we need to work harder together to make sure all the benefits of it are both well known and used,” she said by phone from Brussels.

It was particularly important, she added, to expose and educate small and medium-sized enterprises about the opportunities created by the EPA. In addition, development assistance had been built into the EPA, which could enable the Southern African signatories to improve their capacity to conduct trade with the EU.

The commissioner will meet with various government officials, including Trade and Industry Minister Dr Rob Davies, as well as business and civil society groups. She will also deliver a lecture on global trade as a path to shared prosperity at the University of the Witwatersrand.

The visit comes a month after the European Commission released its new ‘Trade Package’, which emphasises the importance of trade to the EU, with more than 30-million jobs supported by European exports to the rest of the world.

“The Trade Package is a signal that the EU wants to do business in a context where other countries are becoming more protectionist and are raising questions about the importance of multilateral institutions. We don’t want to play that game. We want to ally with our partners, such as South Africa and others, to fight for the multilateral system and to strengthen it, not weaken it.”

During her visit, Malmström would also elaborate the EU’s vision for the establishment of a multilateral court for the settlement of investment disputes – an initiative designed to address prevailing high levels of discontent with the current investor-state dispute settlement system. “I have raised the concept with our African partners and the issue of the multilateral court will be on the agenda during my visit to South Africa.”

Also on the agenda was the ongoing dispute over restrictions imposed by South Africa on poultry imports from Europe, together with the growing concern among some European investors about policy and regulatory uncertainty in South Africa.

“We are also concerned about the recent downgrade of South Africa by the ratings agencies to a subinvestment grade, which is, of course, something we want to talk about. But these are part of normal discussions with our partners in a frank and open way, so there is nothing peculiar about this.”