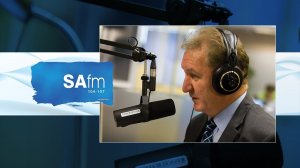 Creamer: This is fantastic, African mining going green with the help of South Africa. That technology was born decades ago, but it hasn’t been rolled out. What they are going to do now is roll it out at Kabanga Nickel, in Tanzania. Although it is not directly related to the clean Kell technology which we are getting in the North West at Sedibelo’s Pilanesburg mine, it is linked to it, because the same company that has had its roots in South Africa is rolling this out.

It will be great for Africa, because Tanzania normally has to send its metals for processing thousands of miles, because they haven’t got in-country refining capacity. This particular system allows them to refine on site, which is massive. It means that higher value jobs will be created and at the same time so much less electricity is used with this new technology that is really going to make its mark in this area.

Creamer: This is great news simply that now that China is also very interested in getting our coal and we put a lot through to Asia, we don’t like the situation where ships queue up, particularly the two last weeks of every month. Ships queue up at RBCT and they want to put an end to that, so they are focussing on the export side of business.

They are talking about two new conveyor projects. One of them that will go ‘over the top’. Now that sounds very interesting, ‘over the top’, in mid-air, to actually bring coal onto the ships much faster than they are doing. This will reduce the demurrage bill, because when ships line up like that people are paying bills if the ships can’t get in on time. This is an important move for South Africa, because we see that coal exports from South Africa last year declined for the third consecutive year.

Our coal exportation is still in the 70-million tons range, but reported for 2020 it is just 70,2-million tonnes. They are hoping to bring it back this year and they are targeting 77-million tonnes, but it’s vital to export efficiently. This is because it brings in a lot of foreign exchange and speeding up the export process is going to be important for the image of South Africa, which already has a world-class terminal there that has won world awards and now they want to take it to the next level.

Kamwendo: Exploration presents a huge upside for the South African economy is we can find the key to unlock it.

Creamer: We need the golden key to unlock exploration. We have not found a greenfield discovery since 1981. We can say that our mines are just drilling around their own mines and some people say, if you speak to geologists, we are not mining and exploring anymore, we are just scavenging.

We know that the Mineral Resources Minister Gwede Mantashe is very keen to get going on exploration. He not only calls it vital, but he says it is a priority. At the moment there is a strategy being prepared to enable South Africa to really move in the right direction when it comes to exploration. All the geologists are saying that we can do it. We have minerals in the ground. Geologists are urging that South Africa follows what other countries are doing, particularly Australia and Canada, but to make sure we are transparent. Make sure you have got a cadastre and that people can get access to the information very easily and don’t charge them for it.

Already this is a very high risk business and I think that, hopefully, we will introduce what the world is prepared to invest in and then we can get some very good investment in exploration. We have got the metals and minerals, we need to look for the new-era metals and minerals, which we have never done. With a good strategy, we could create a lot of jobs and wealth for South Africa.