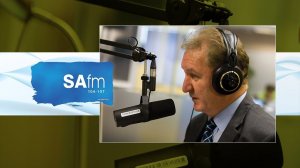 Kamwendo: Strong steps are being taken by investors to open new precious metals mines and to reopen old ones.

Creamer: In the Waterberg area, there has been a new discovery, which is particularly palladium rich. The owner of that is listed in Canada and in the United States and is very eager at the moment to go ahead with a mine there, which will be of great benefit to South Africa. It also has a good local South African investor, which holds 32% of the shares in the asset.

This will be a shallow mechanised mine at a time when the prices are high for palladium and rhodium in particular. Both are in the orebody there, along with gold and platinum. Even the platinum price is also starting to rise now, which is fantastic. That is one of the precious metals projects that would be brand new.

The others are gold projects that are, perhaps you can say old, but can be resurrected again, and particularly by a company called Shallow Reefs Gold. Shallow Reefs Gold is eager to reopen what we would regard as fairly shallow gold orebodies that have not been developed but which can do well at the current gold price. We also see the Australia-listed Wits Gold has announced that it has started to drill again in the dumps on the West Rand. So, eager investors want to go ahead.

I used to hear from the people that were looking to invest in Chile that when you went to the South American country to investment in mining, the government of Chile would roll out a red carpet, but when you came to South Africa, the government of South Africa would roll out the red tape. Some of the eager potential investors have been working to try and get mining licences in South Africa for some time and I think that there needs to be a quickening of the pace and a favourable regulatory environment to make sure that investors can invest so that South Africa can go into economic recovery in a more momentous way.

Kamwendo: An ingenious method of turning dreaded acid mine water into drinking water at no cost has been discovered.

Creamer: This is a project that has been funded by a grant from the State and that is the Technology Innovation Agency and has given a company called Trailblazers Technology of Krugersdorp funding to get going on trying to make sure that we can recover potable water from large amounts of water that have been polluted by the mines.

John Bewsey has been working on this for some time and he has reached a point where polluted mine water can be demineralised to a far greater extent than is the case with other processes and you can actually get funding yourself, because you can recover it and when you develop potassium nitrate from that, you can sell that, and make more than enough money to fund the whole operation. So, it is polluted water coming back into the system as potable water with a profitable return.

A lot of people are looking at this at the moment across a broad spectrum of the mining industry, because the curse of acid mine drainage is quite a problem that will come back to haunt the country if something is not done about it. Acid mine water is something that we have to get rid of and the way we are doing it at the moment is not helping, because it can upset our farmers in future by allowing too much salt back into the ecosystem. We hope that this breakthrough will be taken up by the mining industry in a big way to clean up acid mine water and turn it into potable water in a way that pays for itself.

Kamwendo: There is an urgent need for South Africans to focus unflinchingly on creating economic growth and jobs.

Creamer: We have got to be unflinching about the way we move forward. There are a lot of problems which pop up every day, which can divert us from what we need, which is a very firm focus to make sure that we create economic recovery. It is not going to be an easy situation and we cannot be distracted, as economists are warning us every day.

We have got to look forward with conviction and we do have opportunities to really recover economically. There are so many possibilities. Also, the whole green economy that is emerging gives us a massive scope to move forward. The problem is that there are a lot of distractions on a daily basis and the plea now to the people of South Africa is that they should not be distracted, but they should rather move forward unflinching and creating economic growth and jobs for the benefit of the South African people.