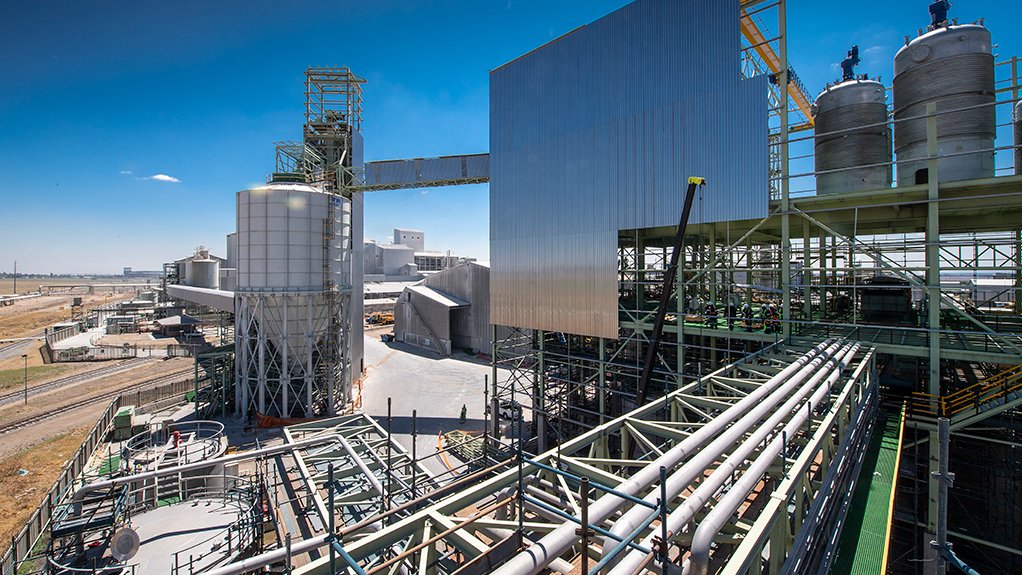 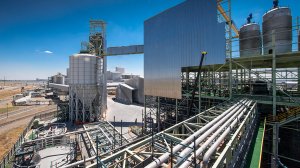 Diversified chemicals group Omnia says its innovative nitrophosphate plant under construction in Sasolburg will materially improve the company’s overall competitiveness in the production of fertilisers, despite an upward revision to the project’s capital cost.

Omnia reported on Tuesday that the investment would cost R695-million to complete, rather than the R630-million initially budgeted. However, it also stressed the project remained on schedule to begin production in March and that the plant would be ramped up to full production during the course of 2019.

MD Adriaan de Lange described the new plant, which incorporates a process solution developed in-house, as a “game changer”, largely because the plant would be able to process phosphate rock, rather than more expensive phosphoric acid.

Since 2014, Omnia has been at loggerheads with Foskor, South Africa’s dominant supplier of phosphoric acid, over its pricing policies. The JSE-listed firm calculates that Foskor has overcharged it to tune of R303-million over the past four years. However, its board has elected to recognise only R100-million as recoverable, owing to the long-running nature of the dispute.

Omnia argued that security of supply would be boosted, owing to the fact that phosphate rock could be sourced from various regional or international sources. It was also building tank infrastructure to facilitate the importation of phosphoric acid.

Besides allowing Omnia to have greater control over its production value-chain, the new facility will have lower emissions and will no longer producer large quantities of gypsum waste.

It will also improve throughput at Omnia’s nitric acid plant, where capacity utilisation remains below the company’s target level of 90%.

De Lange insisted that the group had been deliberately conservative in its scaling of the nitrophosphate plant, partly to ensure that the plant could be ramped up to high levels of utilisation over a short horizon.

However, he reveals that the project’s design specifically caters for future bolt-on expansions; with space created for the addition of a further train. The plant will have the capacity to produce at a rate of 500 t/day, as measured in dry nitrophos production and the additional train would raise its capacity to 1 000 t/day.

Besides dry nitrophos, used to produce granular fertiliser, the plant will also produce nitrophos liquid, as well as calcium nitrate, which is used to make a speciality fertiliser and as in explosives manufacturing.

The investment forms part of an ongoing strategic evolution at Omnia, designed to improve existing operations, while also pursuing international and product diversification, including through acquisitions aligned to its agriculture, mining and chemicals units.

De Lange reported during the first half of this financial year to September 30, 2018, significant attention had been given to integrating the newly acquired Oro Agri and Umongo Petroleum businesses.

During the second half of the year, attention had turned to the underperforming Protea Chemicals unit. De Lange said management would restructure and right size the chemicals business before the end of March and would implement a turnaround strategy in the new financial year.

The restructuring could affect 125 employees.

Omnia reported a loss of 140c a share in the first half, despite a 12% rise in revenue to R8.6-billion. The loss was attributed to seasonal factors, such a late rains, which had delayed fertiliser purchases by farmers, as well as foreign exchange-related losses, associated with the company's hedging strategy.

The group defended its hedging policy as critical for managing the business' exchange-rate exposure and said the volatility in its financial statements associated with the policy should be addressed once it had sign-off from its auditors for the introduction of hedge accounting.

The group expected a stronger second half for its agriculture and mining divisions, but said the remainder of the year would be difficult for the chemicals division.