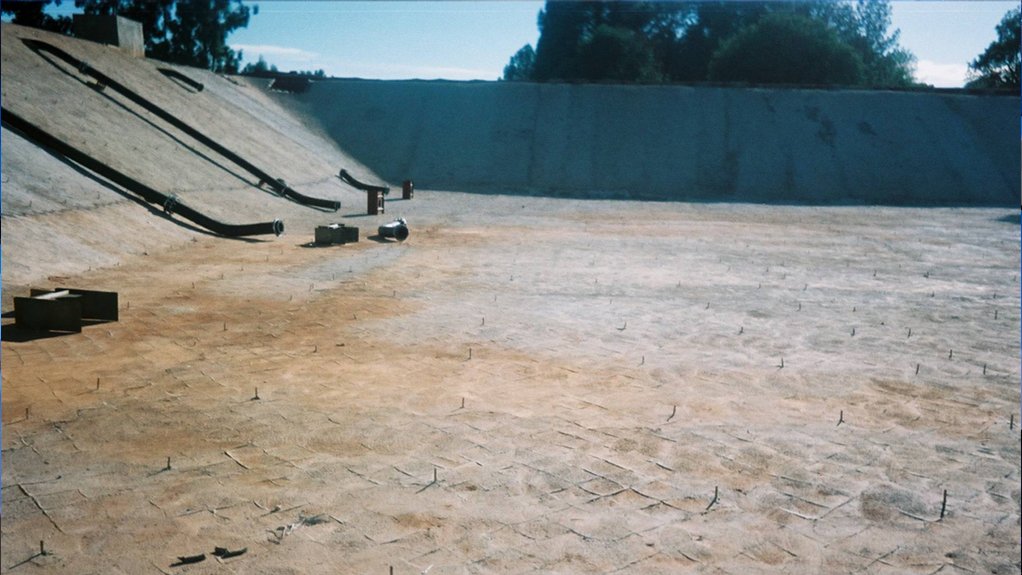 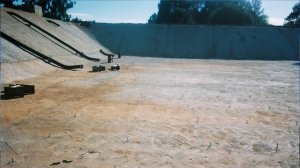 “The capacity of wastewater-treatment plants can be improved by constructing thermophilic anaerobic digesters that use the UASB process. They do not produce outflow or sludge to rivers, as they convert the waste into methane, which can then be used as electricity and heat for sewage works.”

The construction process is regarded by Hyson Cells as an alternative to reinforced concrete used in water-treatment plants, which is susceptible to the “sick concrete syndrome”. This occurs from the corrosion of the steel rebar, which causes the concrete to swell as rust occurs. Owing to rust having a lower density than metal, it expands as it forms, which creates tensile stress. This leads to cracking, spalling and the potential collapsing of structures.

There are two types of steel reinforcement corrosion, one of which is chloride-induced while the other occurs from carbonation, which is prompted by exposure to air, salt water and mist. Both types occur at acid mine drainage and wastewater plants.

Hall explains that the UASB process allows for raw sewage to be processed through a muncher, after which a concrete three-dimensional bubble lock grout filled lining to a cone dam structure removes floatable inorganic material from the inorganic solids which are allowed to sink.

The number of cones depends on the volume of the water being processed by the plant. The bottom of the nonstirring cones of the UASB take any solids back to the previous cone again for further processing while the liquid passes on to the next cone. Thus solids are recycled and have a longer retention time than the liquid. Gases are pumped to the base of each cone, which allows for the upward movement of the gases and liquid. This process is repeated until the final liquid has no solids, while any substances, such as a very fine sludge, are removed.

This sludge is placed into a separate cone with algae, which gives the water clearer purification. Special algae are used to remove any remaining heavy metals, as well as uranium, from the water. The leftover algae are processed through an extruder to be turned into biodiesel and pellets, which can be sold as animal feed if it has no heavy metals in it at this stage, or sent back to cone one to make methane.

Before continuing with the process, remaining water could be put through an activated carbon cone, which removes any remaining colours, smells, taste and bacteria, and then polished with small reverse osmosis to ensure that there are no heavy metals left, while the water is sterilised with ozone gas and chlorine gas so that the water has a longer life.

The activated carbon can also be refreshed and can, therefore, be used many times. Methane and carbon dioxide (CO2) are not released into the atmosphere during this process, as the methane is used for the digester for heat and energy while the CO2 is used in the algae beds to increase the rate of growth of the algae. Evaporation of the aeration tanks and the sludge drying beds is zero with the system being underground.

The methane is gathered from a negative pressure lid and moved through pipes to burners, which heats liquids to 55 ºC. Hall mentions that the methane produced through the digesters can generate enough electricity at 55 ºC to supply the whole sewerage works, which eliminates the need for State-owned power utility Eskom to supply power to the plant. She believes that this can provide cost savings for municipalities and keep the plants working during rolling blackouts and line disruptions.

Using Hyson cone digesters is beneficial, as the majority of associated construction is labour-based, which creates jobs when small and medium-sized enterprises are contracted to do the construction. Installation also takes 10% of the time it would take to create other tanks or dams for the same UASB process. The cones are 20% of the cost of reinforced concrete above ground.