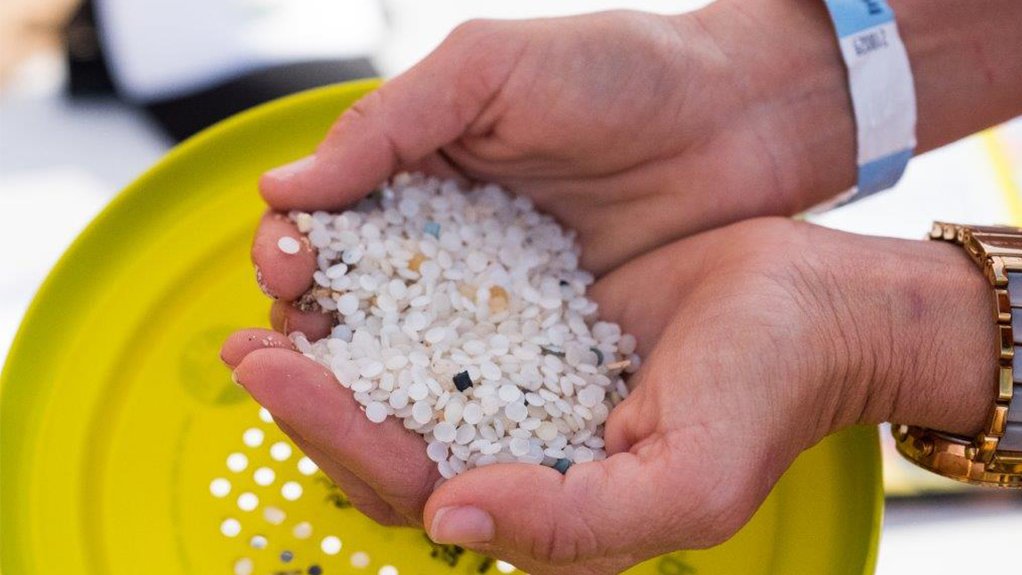 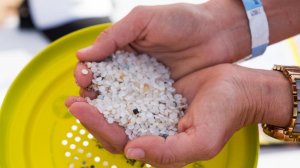 He stresses the need for government to ramp up its efforts to eradicate single-use plastics.

Litter4Tokens agrees that plastic nurdles are a catastrophic source of harmful microplastic pollution and, with over 40 t of plastic nurdles having been scattered across KwaZulu-Natal (KZN) in 2017 alone, the country and the environment cannot afford months of clean-up efforts to curb the damage that result from container ship spills, it says in a separate statement.

The nonprofit recycling organisation referred to an incident that took place in October 2017, when a freak storm resulted in the collision of two container ships resulting in 2.2-billion nurdles spilt into the Durban harbour which washed up along the province’s beaches.

Louw explains that nurdles are a huge threat to marine life as they can be mistaken for food, leading to blocked digestive systems and ultimately the death of animals.

“This latest environmental catastrophe in Southern Cape and Cape Town will not only impact the quality of life for its marine and wildlife, but also the citizens.

“The Department of Environment, Forestry and Fisheries can no longer dance around the issue; a ban on single-use plastic is crucial in improving the quality of lives of ordinary South Africans,” he laments.

The environmental organisation hopes that government will impose a ban on single-use plastic bags, as enforced in Kenya and Rwanda.

Meanwhile, Litter4Tokens says the Shark Spotters Coastal Rehabilitation team has been noticing a number of nurdles washing up on the South Peninsula beaches over the last few weeks, with sightings at Muizenberg, Fish Hoek, Simonstown, Millers Point, Witsands and Kommetjie so far.

The organisation explains that nurdles are melted down to create plastic products, but cannot be recycled. However, Litter4Tokens has collection tools on offer to help collect the nurdles.

Litter4Tokens is the manufacturer of NurdleSA, in partnership with NurdleUK. All proceeds from the beach clean-up tools sold go to Litter4Tokens, thereby keeping the outlets viable and further preventing the pollution of the oceans.

Litter4Tokens is also part of the Civil Society of Plastic, working with the World Wide Fund for Nature and incorporated into the Extended Producer Responsibility Plan.

This is a circular disk in the form of a frisbee that can be used to sieve through the dry beach sand, separating organic material from nurdle. When not being used for beach cleaning, the MTC can be used as a frisbee, making it both an educational and fun device.

Litter4Tokens also offers the Nurdle Trommel, which is a lightweight sand-sifting solution that unearths buried nurdles and other plastic waste from beach sand, while leaving behind the sand and organic matter. These are available at a cost of R20 000 each, which includes personalised company branding.

Zimbali Coastal Resort, on the KwaZulu-Natal North Coast, is one such organisation that has recently invested in a Nurdle Trommel from Litter4Tokens-Nurdle SA. This is a permanent fixture that will allow for the clean-up of harmful microplastics along the beach in Ballito.

Similarly, the organisation offers the Basking Shark, or the ‘the big brother’ of the Nurdle Trommel.

The long-term solution for nurdle clean-up is the large-scale Basking Shark machine which removes small, medium and large shoreline plastic efficiently, by sucking it into a massive tube, thereby eradicating microplastics and improving the health of marine ecosystems.

These take three weeks to manufacture at a cost of R400 000, and branding can also be added.

Litter4Tokens has also partnered with RanMarine to offer the WasteShark, which is the first water drone based on the whale shark frame.

Unlike the previous three tools, this is designed to work inside the coastal waters, primarily in city waterways, ports, rivers and waters, thereby stopping the flow of waste and plastics at the source.

It is a compact, quiet, zero-carbon machine with a 15- to 20-year lifespan. In addition to collecting waste, it also collects valuable data that can be used for enhanced ocean clean-ups.