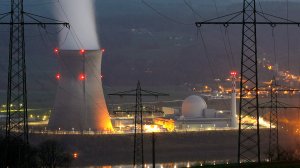 “Vendors and manufacturers want government to state the exact date on which the programme will start and how the 9 600 MW allocated to nuclear energy will be realised, as well as which vendors have been nominated to participate in the bid process, so that industry can start making the necessary arrangements to participate in the programme more seriously,” says DCD Heavy Engineering GM Gary Colegate.

He adds that, with regard to wind energy, local companies have taken the lead and have proved that South Africa can push localisation percentages and that local companies are prepared to invest, provided there is a positive commitment from government.

DCD proposed a 59% local-content nuclear threshold for the country’s nuclear energy programme, a figure that the company feels is viable, if all South African resources and capacity are fully used.

“We calculated a 59% threshold at a Nuclear Industry Association of South Africa (Niasa) and State-owned entity Eskom workshop that was held earlier this year on localisation,” Colegate says, adding that once the programme is under way, many local industry players will be involved and there should be no constraints in respect of skills or funding.

The journey of the wind energy market to date and nuclear thresholds that can be achieved for the country’s nuclear energy roll-out programme were the main topics of discussion when DCD gave a presentation at Niasa’s annual conference, in Port Elizabeth, last month.

Other topics discussed at the conference included localisation and work that South Africa can incorporate into its proposed nuclear energy programme.

“Thresholds need to be set early but must be realistically achievable from the outset and take into consideration growth opportunities that will emanate from potential technology transfer agreements with the successful vendor during the roll-out of the nuclear power plant fleet,” says Colegate, adding that the programme will require signifi- cant investment from industry and an infrastructure development programme.

DCD nuclear business development manager Alan Reid says government can learn from successful nuclear programmes worldwide, such as the programmes that were successfully rolled out in China, Korea, Russia, the US, France and the UK.

“All these programmes were spearheaded and driven by the local governments and South Africa’s nuclear energy programme will be successful if a similar path is followed,” he says.

He further notes that the procurement model must be chosen at the start of the programme.

“It is important that government identifies the vendor from the start, as it will make it easier for key industry participants to become aligned with the chosen vendor, ensuring maximum localisation for South Africa is achieved,” he notes.

“Asme III accreditation takes a minimum of three years to acquire and costs R15-million, which includes the people required, the systems that have to be implemented, preparation for and the final audit process.”

Colegate mentions that, as DCD was involved in the Nuclear 1 roll-out programme, it knows what to expect from an industry point of view.

The company was also involved in the Pebble Bed Modulator Reactor programme, which was mothballed in 2010, and built several pressure vessels, valve blocks and the core unloading device for the project.

This equipment was manufactured at our facility in Vereeniging in accordance with Asme VIII standards, notes Reid.

He adds that, during that time, the company worked extensively with electric corporation Westinghouse’s nuclear engineers and undertook a lot of manufacturing research and development under its supervision.

Colegate notes that, currently, the global nuclear industry is active, with the construction of new nuclear facilities taking place in China, the US, France and the United Arab Emirates.

“There are currently 69 nuclear projects under construction and 434 nuclear power plants in ope- ration globally that generate 370 GW of nuclear power. The future projections are based on a moderate growth rate scenario and a high projection scenario,” he says.

Colegate explains that the moderate scenario looks at the global industry growing to 437 GW by 2030 and the high- projection scenario expects the industry to grow to 691 GW by 2030.

“These are figures published by the International Atomic Energy Agency and show that the global consumption of power generated by nuclear energy has increased from a single-digit percentage in the 1970s to 25% of the current total global consumption,” he says.

Colegate points out that nuclear energy is regarded as clean, which is a positive factor, and it is capable of providing baseload energy, which is desperately needed in South Africa as an alternative to coal.

“South Africa’s dependence on coal could potentially be the country’s Achilles heel regarding sustainability of energy supply, if the mix is not changed in future,” he points out.

The challenges of participating in a nuclear energy programme, highlights Colegate, include a shortage of skills and the ability to grow sufficient capacity amid financing requirements.

“A dependable, committed labour force is another challenge, with the unrest at State-owned power utility Eskom’s Medupi and Kusile coal-fired power stations having concerned investors. Unions and union representatives need to be brought into the fold. The nuclear programme can only be successful if unions are party to the development of the programme from the outset,” he concludes.