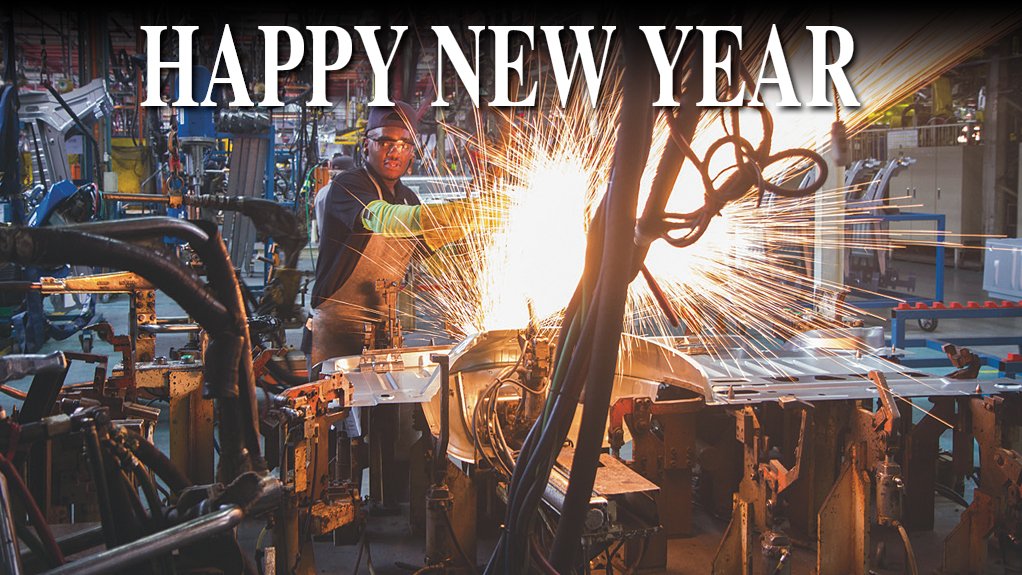 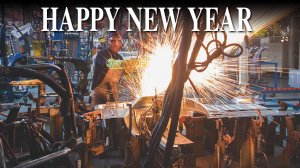 Vehicle manufacturer Nissan in 2012 confirmed plans to invest R1-billion in its Rosslyn plant, in Pretoria, to build a new one-ton pick-up, with capacity at the plant to be increased to around 100 000 units a year.

Local production of the new model was set to start in 2014.

Today, at the end of 2017, this production programme is yet to materialise.

It has always been believed that the one-ton pick-up would be the new Nissan Navara.

Since the announcement, however, the twelfth-generation Navara was revealed to the world in 2014 in Thailand and released in Europe in 2016. The pick-up also launched in South Africa earlier this year, fully imported from Thailand.

It has been a long five years of answering questions on the future of the Nissan plant for Nissan Group of Africa MD Mike Whitfield.

In 2017, his answer remains unwaveringly similar to his response in the years before: the investment in Nissan South Africa (SA) will happen. It’s a question of when, not if.

The Nissan Rosslyn plant this year benefited from the announcement in May by US carmaker General Motors that it would depart from South Africa by the end of this year. This move has meant the slow demise of the Chevrolet Utility half-ton bakkie, to the benefit of the only other competitor in this segment – the Nissan NP200.

THE PLAN
Nissan forms part of a global alliance with French brand Renault. The alliance this year became the world’s biggest vehicle seller, courtesy of Nissan acquiring 34% of Mitsubishi in 2016.

The focus of the South African plant will be on becoming “a production base” for light commercial vehicles (LCVs, which include bakkies) for South Africa, the rest of Africa and possibly the Middle East, says Whitfield.

“We see the plant as a strong supplier of LCVs to the Nissan group.”

Nissan SA is in the “preparation phase” for the introduction of a new model to its production line-up, he adds, with more information to be shared in the first half of 2018.

“It is about what fits into our global planning, and we have to figure out what has the potential to grow a lot,” says Whitfield. “We compete against the 40-odd plants in the Nissan Renault alliance globally.”

Despite the strong bakkie focus at the Rosslyn facility, rumours are surfacing about possible Micra passenger car assembly – a rumour not confirmed by Whitfield.

Would Nissan consider building the Renault Alaskan locally? After all, the soon-to-be-introduced Alaskan shares the same platform as the Navara, and the two companies are members of the same global alliance.

“Our priority is first and foremost Nissan. Our intention is to fill one- to two-shift capacity with that,” says Whitfield. “For us, number one is to build Nissan; number two is to use the available capacity.”

FROM 2012 TO 2018
Whitfield admits that the announcement of new product investment in the Rosslyn plant has “been dragging on and on”.

What makes him believe that 2018 will finally deliver on the 2012 promise of investment by Nissan’s Japanese parent company?

For one, the Rosslyn plant has managed, in the last three years, to pull itself from the bottom third in terms of quality within the Nissan-Renault alliance into the top half.

One indication of this upwards momentum is the Ipsos Quality Survey. The Ipsos survey researches new-vehicle sales, interviewing thousands of new owners on gripes about their new vehicles after about 90 days of ownership, not only in terms of defects but also in terms of perceived design flaws.

Combined, this data produces a vehicle quality survey score. The score is presented in terms of problems per 100 vehicles. In 2015, the NP200 scored 103 – meaning just over one problem per vehicle. In 2016, this number dropped to 84, or around 0.8 problems per vehicle.

Competitiveness, quality and stability “are no longer inhibiting factors” in investing in the Nissan plant, says Whitfield. “We are on track to be able to move to the next stage.”

The new year should, of course, also provide some answers on fresh leadership at the African National Congress, the current majority party in Parliament, with current President Jacob Zuma facing increasing pressure related to corruption allegations.

Over the past two years, the company has sent 34 supervisors to the UK for eight weeks of training. Sixty new graduates from universities around the country are also working at the Nissan SA site, of whom 99% are black, and with more than 50% of this number being black women.

Nissan SA has also appointed 70 new people within the plant.

In addition to this expansion, the company has invested in a new training centre, as well as an incubation centre to grow small and medium-size black enterprises into components suppliers.

This year has also seen a R200-million investment into the plant and surrounding facilities.

“The important thing is not the quantum of money,” says Whitfield. “We are investing in people and in continuous productivity and quality improvements. The next big investment will be product related.”

In an effort to gain flexibility, the Nissan plant will undergo a major change in December and January.

Nissan SA will close the Rosslyn plant for six weeks over December to merge the NP200 and NP300 lines into one.

“The market in Africa is very flexible. Our plan is for LCVs, but we need a plant that can build anything,” says Nissan SA manufacturing MD Joan Busquets.

The challenge is that the NP300 has a frame, while the NP200 has no frame.

“This will make [Rosslyn] unique. There are not many plants that can do this. There is one in Japan. It could bring us a big opportunity to adapt quickly to the market,” notes Busquets.

“That is more than enough in the current market,” says Whitfield. “The line allows us to flex it up and down.”

Other projects on the go include the upgrading of the stamping facility to “the newest technology”, says Busquets.

“To build the new parts for the new vehicle, we need a bigger machine.”

The paint shop is also being upgraded, with aspects such as humidity control and creating a dust-free environment receiving attention.

“We are managing the dirt and implementing the newest technology in terms of painting,” notes Busquets.

The paint shop can manage 33 jobs an hour, which means it will be able to manage 100 000 vehicles a year on a two-shift operation, he adds.

The increased use of robots is not necessarily on the cards.

Nissan SA’s body shop makes use of five robots. Another vehicle manufacturer’s plant in Rosslyn will use 300 robots in its body shop when it starts full production of a new model next year.

Whitfield says robots are not necessarily an indication of quality. He says the Nissan plant in India has fewer robots than the Rosslyn plant, but that it produces high-quality vehicles. The India plant opened in 2010, and produces around 300 000 vehicles a year.

LOOKING AHEAD
“In the automotive sector, you cannot sleep even one minute – it is a race every day. You need to be fit enough for the new challenge,” says Busquets.

“It is nice to see how things are improving now,” he says. “I am very happy with the job we have done in the last two-and-a-half years.”

Ten years from now, says Busquets, he would like all those trained by him and within Nissan to have excelled within the group.

“And our plant ranking? We are competing against [one another] – like the Champions League. I’d like to see Nissan SA grow into the top ten.”

“For me, the exciting part is that we are really a plant that is now ready to seriously compete on the world stage for production allocation,” says Whitfield. “That is where we are now, and we hope to share this in the first half of next year.”