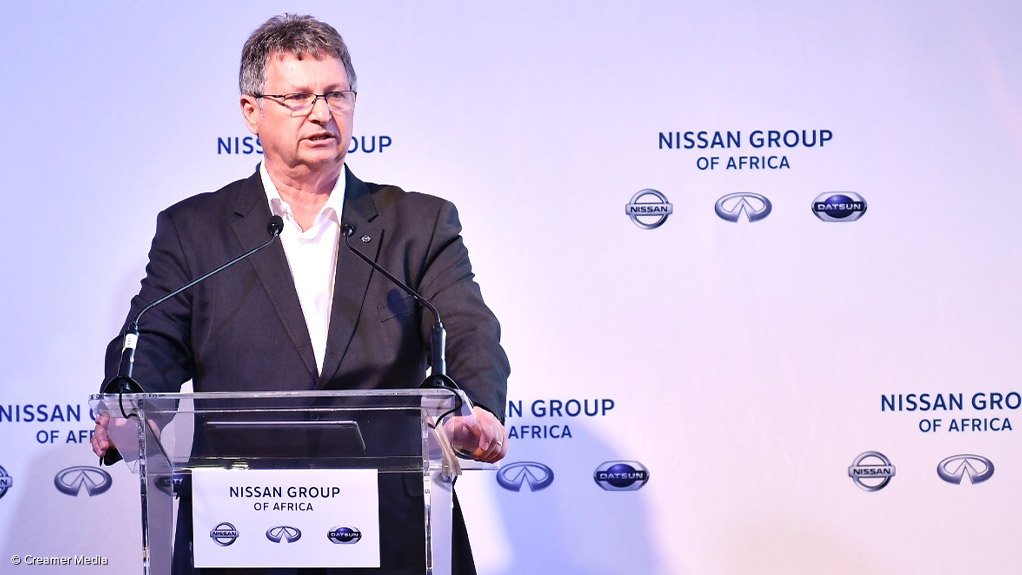 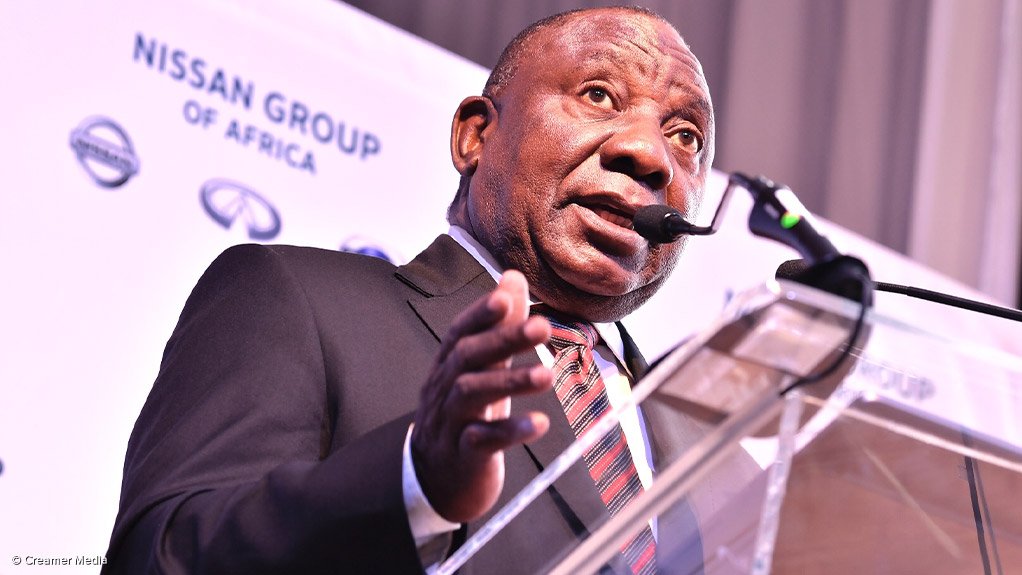 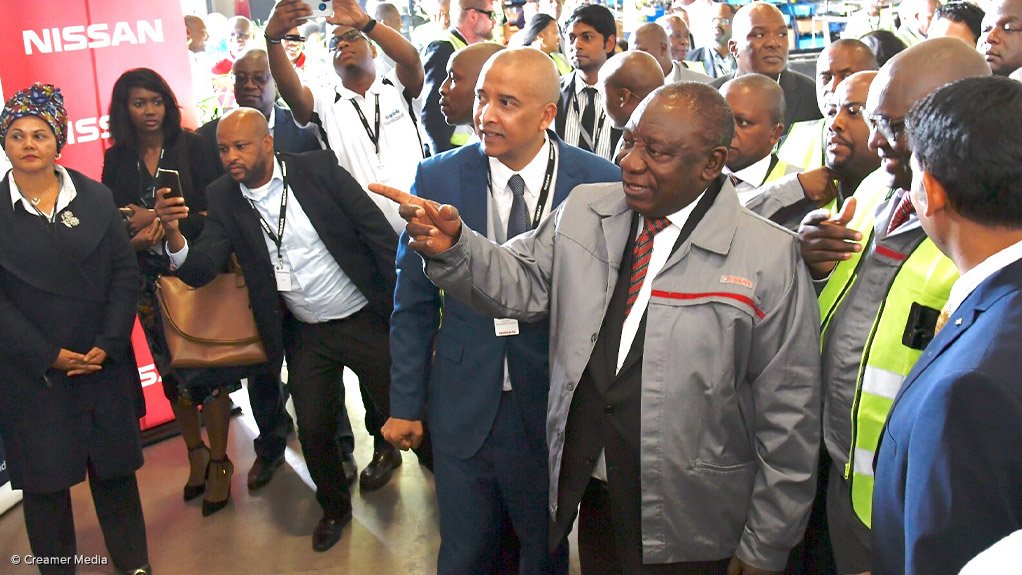 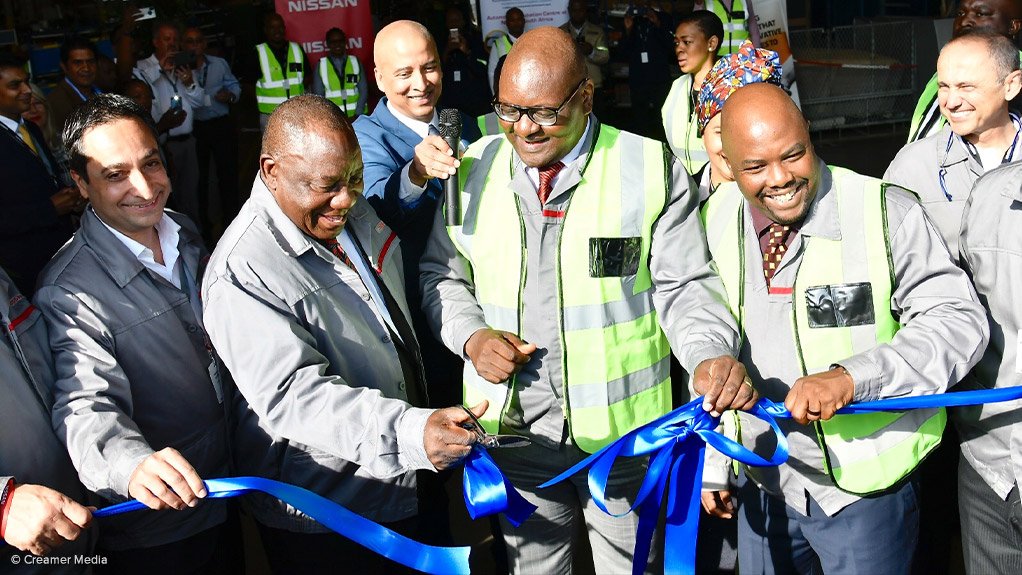 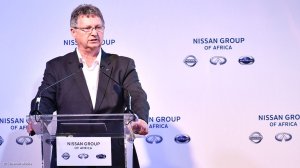 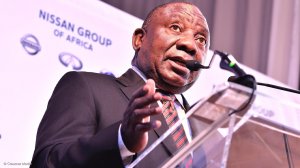 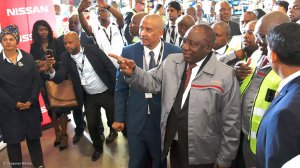 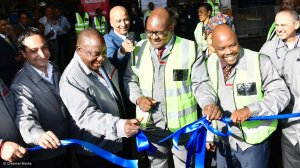 Japanese vehicle manufacturer Nissan will invest R3-billion to prepare its Rosslyn plant, in Pretoria, for production of the Navara pickup.

Assembly will start in November 2020, and will add to current production of the NP300 one-ton bakkie and NP200 half-ton bakkie, which is set to continue.

Assembly will include the 2020 spruced-up version of the Navara single cab, double cab and cab-and-a-half.

Around 30 000 Navaras would be assembled a year, depending on demand, with around 12 000 of these exported to markets in sub-Saharan Africa, said Nissan Group of Africa MD Mike Whitfield at a ribbon-cutting ceremony on Wednesday, attended by President Cyril Ramaphosa.

The NP300 and NP200 are already exported to markets in sub-Saharan Africa.

Adding Navara to the production mix will add a second shift at the Rosslyn plant, which has a capacity of 70 000 units a year on a two-shift system.

The R3-billion investment will also add around 400 new jobs to the Nissan payroll, as well as 800 jobs in the larger value chain.

Local parts content in the Navara would start at 35%, growing to 48% “very shortly thereafter”, noted Whitfield.

“This will generate an estimated R5.8-billion in new economic value every year.”

Working with the Automotive Industry Development Centre (AIDC), a government agency that promotes small businesses in the supply chain and skills development, Nissan has identified 15 black-owned companies that it will support in step with its preparations for the new Navara.

To date, Nissan, together with the AIDC, has incubated eight new component manufacturers and related companies from its broad-based black economic empowerment (BBBEE) startup programme.

In total Nissan, has 318 BBBEE suppliers, which make up 34% of the total number of suppliers in South Africa.

SEVEN-YEAR WAIT
The move to produce the Navara at Rosslyn comes after a seven-year investment hiatus for Nissan South Africa in terms of new models.

It was first announced that the company would produce a new one-ton pickup in 2012. However, this investment did not materialise until the announcement on Wednesday.

Nissan Africa, Middle East and India region chairperson Peyman Kargar attributed the delay to the need for the Nissan South Africa plant to improve its quality and global competitiveness.

Whitfield noted that the Rosslyn plant had used the past number of years, during which it largely produced only the older NP200 and NP300 models, as a time during which the operation moved from the bottom half of the plants in the global Nissan group in terms of quality, to the top half.

The Japanese car manufacturer had invested close to R1-billion in the Rosslyn facility over the past three years, with R150-million of this targeted at skills and people development and more than R500-million at improving and modernising production facilities.

The revamped plant is to act as the mother plant for Africa.

Kargar said that Nissan wanted to double its production capacity in Africa by 2022, through the investment in South Africa, as well as investments and/or expansion in Ghana, Algeria and Nigeria.

Kargar added that Nissan alliance partners, Renault and Mitsubishi, would be welcome to produce their vehicles at Nissan facilities globally, and in South Africa, should they express interest to do this.

AUTO INDUSTRY IMPORTANT
South Africa’s automotive sector was essential to the industrialisation of the economy, emphasised Ramaphosa as he addressed the media, Nissan employees and automotive industry stakeholders in Rosslyn.

“The automotive industry has always been a dependable ally.”

Ramaphosa said he regarded manufacturing as the catalyst for development and inclusive growth in South Africa.

“We are poised to become a nation of producers. A nation that add value . . . through various value chains.”

Ramaphosa promised that government was taking “immediate steps” to set power producer Eskom on a “path to sustainability”, as it realised that the automotive industry required constant, reliable electricity supply.