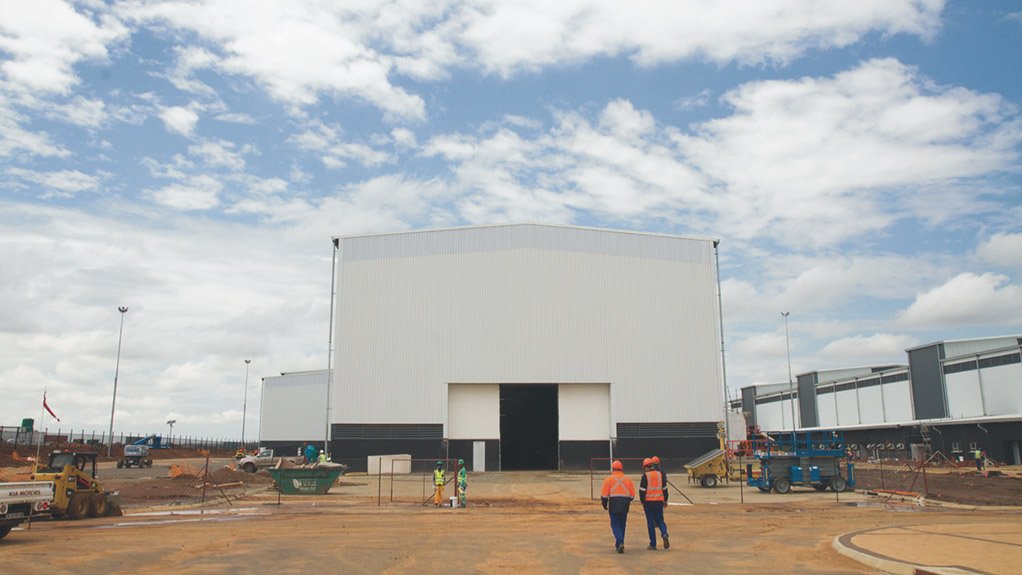 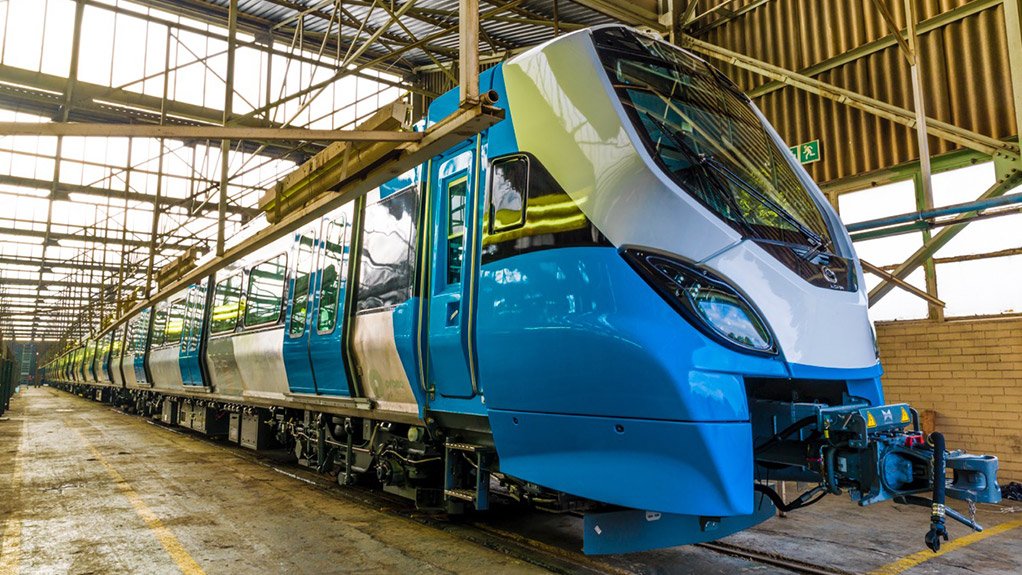 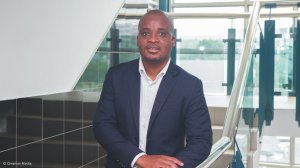 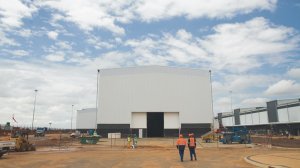 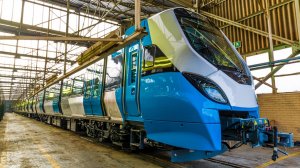 The first of the new trains, built in and imported from Brazil, are currently running on a 23 km line between Pienaarspoort and Pretoria.

“We have been running 6-car trains off-peak, and 12-car trains during peak periods. The new trains are state-of-the-art assets that introduce increased comfort, improved ride quality and greater predictability to our service,” says Sebola.

He is hopeful that the 18 trains will also service the Atteridgeville – Pretoria line by the second quarter of 2018, followed by the Johannesburg – Pretoria line.

PRASA will receive its first new locally manufactured train from the Gibela factory, still under construction in Gauteng, by the end of 2018.

“The training centre at the factory is complete, while the factory itself is more than 80% complete,” says Sebola. “We are very excited about the project. The dream is finally coming true.”

A number of the first new trains from the local plant will be deployed early in 2019 to the Western Cape, where the PRASA service is struggling with rolling stock availability, he adds.

PRASA still has some work to do, however, in preparation for the 62 trains a year it will receive from Gibela’s factory at peak production.

Platforms & Signalling
One significant challenge PRASA faces is that its platforms are too low for the new rolling stock.

PRASA has been aware of this from the start of the new rolling stock programme.

The project to lift the platforms at stations has not been progressing as expected, says Sebola.

“We can’t work at the pace we want to, as we have to shut down the station completely and, in some cases, the entire rail corridor too. It seems almost impossible to find a solution that doesn’t inconvenience our customers. Our customers are insisting that we are the only transport service they can afford. However, any closure of a service to undertake these works impacts them negatively in the short run, but certainly has greater benefit in the long run.

“The project has also proved to be quite challenging technically speaking, as lifting the platform means a complete reconfiguration of the station.”

Sebola acknowledges that PRASA has one year before the new rolling stock starts arriving in volume, with the State-owned enterprise facing the large-scale roll-out of the new trains across the country as from 2019.

Station modernisation work within PRASA’s network in 2018 – as the bare minimum – will include improved ablution facilities, look and feel, lighting, accessibility and safety.

Ensuring improvement of the track conditions is also on Sebola’s list of must-do’s before the new rolling stock is deployed, as well as stable power supply.

“We are keeping a close eye on the projects being rolled out by our technical division to meet the requirements of the new rolling stock,” he notes.

Signalling systems in PRASA’s three main regions – Gauteng, the Western Cape and KwaZulu-Natal – are also being upgraded in a multibillion-rand project.

Work on the Gauteng system is 50% complete, with work 66% complete in the Western Cape. In KwaZulu-Natal work is 59% complete.

Old and new rolling stock alike are suffering from vandalism, with a number of new trains already having lost their windows.

Sebola says the long-term solutions to both vandalism and cable theft are to improve security around the rail reserve, to build stronger partnerships with law enforcement agencies and to educate commuters and the broader community on the use of the rolling stock to the benefit of all users.

“We have a lot of problems with young people along the track throwing rocks at the trains.”

Unfortunately, he adds, “although we are minimising the use of copper, we can’t do away with copper cables entirely”.

He says PRASA will soon start fencing off the rail service, with CCTV cameras to be deployed in selected areas.

“There is 2 300 km of rail network to fence off, but we know where the hot spots are and we are going to prioritise these areas,” notes Sebola.

He adds that PRASA’s depots are being prepared to receive the new rolling stock. The first phase of work at the Wolmerton depot, in Pretoria, has been completed, with the second phase under way.

The tender to modernise the Braamfrontein depot, in Johannesburg, is awaiting adjudication. This depot should be ready by August 2018, says Sebola.

The Salt River depot, in the Western Cape, is scheduled to be ready early in 2019.

Supplier Park Still on the Cards
When the Gibela project was conceived, it was envisaged that a 27 ha component supplier park would be built next to the train factory.

The supplier park forms part of a broader concept to create a railway industrial complex in Dunnottar.

PRASA and Gibela are currently negotiating a finance agreement with various financial institutions, including the Industrial Development Corporation, for the construction of the supplier park, says Sebola.

“The design for the supplier park is 100% complete. We are definitely going ahead with the project.”

Sebola believes the financing agreement will be “wrapped up” by the end of February.

“Then we’ll have to see some fast-track work to start construction on the first phase of the park. We’ll build more phases as demand increases.”

Sebola says seven component suppliers have shown an interest in establishing their plants within the supplier park.

“It makes sense to have a supplier park near the factory. It lowers the cost of business significantly.”

Ubumbano has been tasked with developing the supplier park, once financing has been secured.

Bursaries & Learnerships
The R59-billion Gibela rolling stock project has, to date, provided 200 bursaries to date in fields varying from engineering to accounting, as well as 65 learnerships in disciplines such as fitting and welding. The project also houses 270 apprentices.