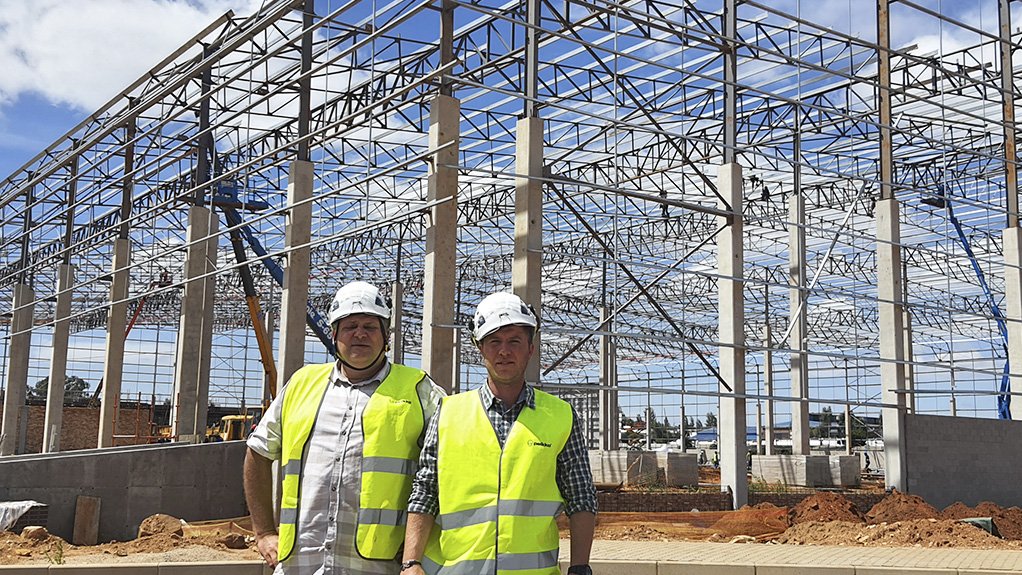 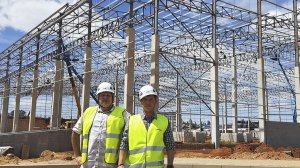 Peikko South Africa was contracted to provide a bolted connection solution for the 18 500 m2 facility, which is highly visible from the N3 highway. The warehouse will house Spare Pro’s range of motor spares and accessories.

Peikko South Africa MD Daniel Petrov tells Engineering News that the company was approached by the contractor of the project at the beginning of last year, but the outbreak of Covid-19 shortly thereafter delayed the start of the project on site.

Consequently, Peikko could only begin its work in October and completed the bulk of the structure by December.

A few final outstanding structural elements were completed only in January because of certain site constraints and adverse weather in December.

“The most challenging aspects of this project were the tight budget and timeframe, and I believe we came in on target,” says Petrov, who claims that the structure was completed in half the time it would have taken using traditional construction methods.

About 97 pieces were designed, manufactured and delivered to site for installation and assembly using Peikko’s patented bolted connections and column shoes. The manufacturing process started in November and was completed within four weeks. The installation work started at the end of November.

“This project has been a landmark project for us and a door opener for Peikko products and systems in South Africa, especially our best-selling product – bolted connections,” Petrov says.

Peikko’s column shoes are cast into precast concrete columns, while the anchor bolts are typically cast into the foundations on site or into another column to form a column splice.

“The beauty of a bolted, mechanical connection is that it can be done with a small crew on site and no temporary bracing is needed. As soon as the nuts are tightened, the connection is moment-resistant and the crane can move on to the next column. Once grouted, a bolt connection is as stiff as a cast in-situ connection,” Petrov explains.

Although the warehouse’s structural elements and roofing are complete, installation of the façades and sheeting along the walls continued, as well as miscellaneous finishing touches to the office portion of the warehouse.

Petrov hopes that more highly visible projects, such as this one, will increase the exposure of Peikko’s structural construction technology and methodology to the South African market. This will ensure that local consulting engineers become more comfortable recommending Peikko products and systems for new projects.

He explains that, since the Finnish company entered the local market in 2018, it has been “hard at work”, exposing South African consulting engineers to its precast structures, cast-in-situ structures, ground-bearing concrete floors and bolted column connections.

This kind of construction technology has been used successfully since 1965 in construction projects throughout Europe and in various other developed countries, and Peikko technology is now available in South Africa.

As part of the company’s market education drive, Peikko South Africa has been hosting monthly, interactive, advanced-level webinars aimed at engineers, during which Peikko products and their applications are discussed in great technical detail.

There has also been a concerted effort to increase exposure to and awareness of the technology through coordinated social media campaigns.

“The webinars have been very well attended and well received. Every month, we cover new topics to keep it fresh and interesting all the time,” Petrov says, adding that the social media campaigns have enjoyed significant interaction.

Peikko is also working in other construction markets throughout Africa.