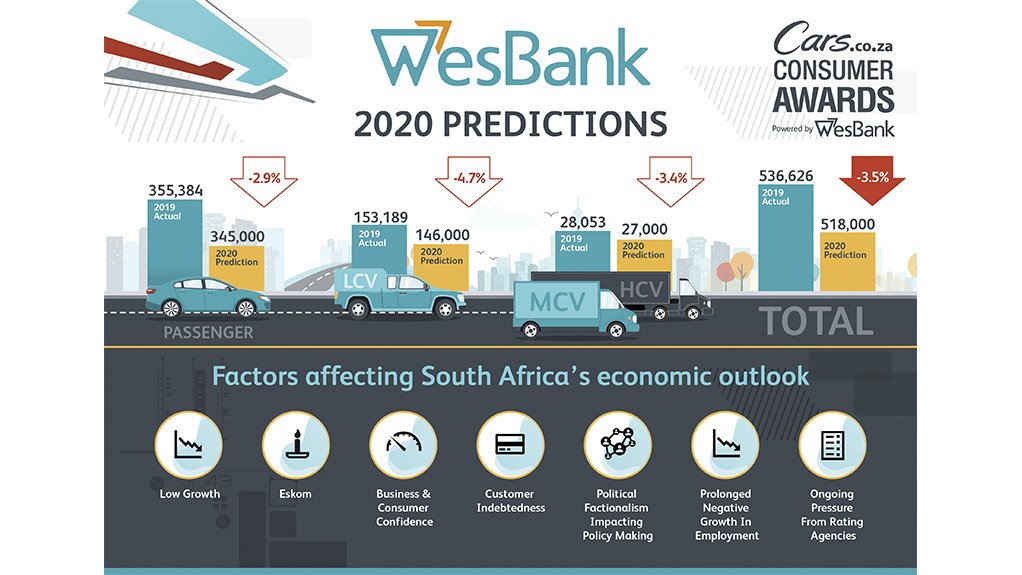 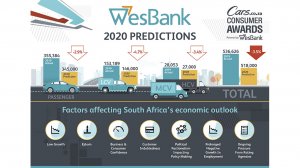 Given the economic and political challenges facing the country, it is likely that business and consumer confidence will remain subdued.

However, the strong growth of vehicle exports continues to underpin the key role that the South African motor industry plays in the South African economy, and remains in a relatively healthy state, says WesBank CEO Chris de Kock.

“This is expected to be another challenging year for the motor industry, driven by low demand from both the retail and corporate market,” he notes.

“A 3.5% decline would mean a reduction of 18 626-unit sales across all categories. However, we can still look forward to continued growth in exports, earning valuable foreign income for South Africa.”

De Kock indicates that last year ended slightly stronger than what was anticipated, with the 12-month period boosted by aggressive incentive structures put forward by vehicle manufacturers in order to move vehicles.

“As always, the new-passenger vehicle category will contribute the largest decline, with an expected 345 000 units to be sold this year (–2.9%).

“However, light commercial vehicles will fall by the highest percentage, given its exposure to the sluggish business side of the economy,” says De Kock.

In the short term this will drive the trend of consumers buying down (opting for cheaper vehicle derivatives), while continuing to create demand for used cars.

People are also holding on to their vehicles for longer.

WesBank’s average deal now runs for 45 months, up from the traditional three-year (36-month) buying cycle that the finance group has become accustomed to.

“[All of these factors] will continue to put pressure on new-vehicle sales during 2020,” says De Kock.

“South Africa is not alone in this predicament, however. Global vehicle sales fell sharply in 2019 after a modest fall in 2018, and are expected to fall again in 2020.

“This follows almost a decade of growth since the financial crisis.”