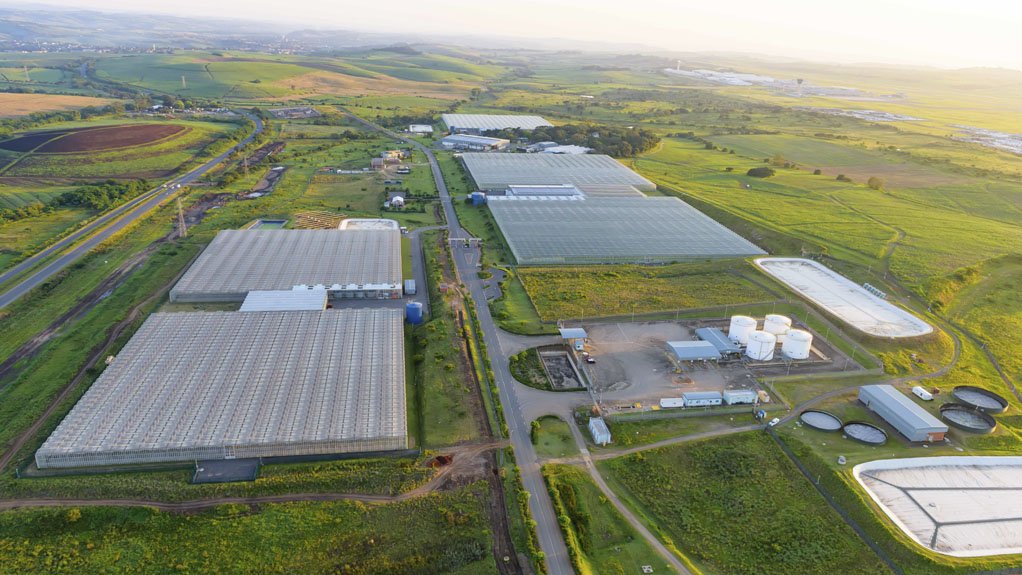 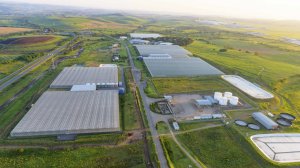 Construction is expected to commence in the second quarter of this year and will take about seven months to complete. The number of jobs created by the project has not been determined, as a contractor has not been appointed yet, says Dube TradePort Corporation (DTPC) CEO Hamish Erskine.

The pipeline will provide a permanent sewer connection to the municipal network for Airports Company South Africa (ACSA) and Dube TradePort, facilitating future land development in the vicinity.

“Currently, the wastewater is treated on site, with temporary treatment works as an interim solution until the permanent pipeline is commissioned,” Erskine mentions.

He further explains that the DTPC owns and manages more than 3 000 ha of land around the airport, including the Dube Cargo Terminal, while ACSA owns and operates the King Shaka International Airport precinct.

DTPC and ACSA are working closely together on several critical projects that aim to drive economic development in KwaZulu-Natal. “These include facilitating cargo movement, property development in Dube City and other land parcels, and also attracting new air services to fly directly from Durban,” Erskine adds.

The TradePort is also involved in wastewater reuse from King Shaka International Airport’s wastewater treatment works, which the airport intends to hand over to the eThekwini municipality’s water and sanitation department.

Other green initiatives include a 701 kWp PV panel installation, which has been fully operational since 2011. The PV system currently supplies the pack house, the distribution centre and the Dube AgriLab, which is a tissue-culture laboratory at the port.

“The DTPC is commissioning another two solar installation projects within the Dube AgriZone, which are set to have a combined output of 225 kWp and to supplement the power needs in the precinct,” adds Erskine.

Engineering News also reported that rainwater harvesting takes place in each of the three greenhouses – covering a total area of 16 ha each. Each of the structures has its own rainwater harvesting pond. Precipitation from greenhouse roofs is captured and stored in closed-surface storage ponds adjacent to each greenhouse, subsequently allowing for sustainable agricultural production, even during low rainfall.

Erskine explains that Dube TradePort is sitting at 73% of total capacity – this refers to the total amount of fresh rainwater within the pond at the time of sourcing the content – and that these initiatives ensure that the special economic zone does not contribute to added pressure on the municipality’s potable water supply by using water for irrigation, especially during the current drought in the region.

Once the treated wastewater has reached general limit values or special limit values – as stipulated by the Department of Water Affairs and Sanitation in the General Authorisations in terms of Section 39 of the National Water Act, 1998 – it is pumped to the Dube AgriZone, where it is subjected to reverse osmosis treatment before it is stored in a storage pond.

Ebb and flow irrigation and drip irrigation systems are used, where appropriate, while conserving water use, with about two-thirds of irrigation water being recirculated.

“This enables farmers to produce high- quality products and achieve good yields of perishable products for local and international markets through the provision of agricultural technology, airfreight capacity and support services.”

Dube TradePort has started a call for proposals process for companies to present agricultural and agroprocessing operations that they would like to develop on the 90 ha site adjacent to the King Shaka International Airport.

“Companies are invited to set up several facilities on this site. “These include plastic greenhouse, tunnel, shade house or shade-net structures; aquaculture, food processing, packing and distribution, and renewable-energy facilities; and limited open-field farming,” Erskine concludes.