New pipes manufacturing facility to be completed by year-end 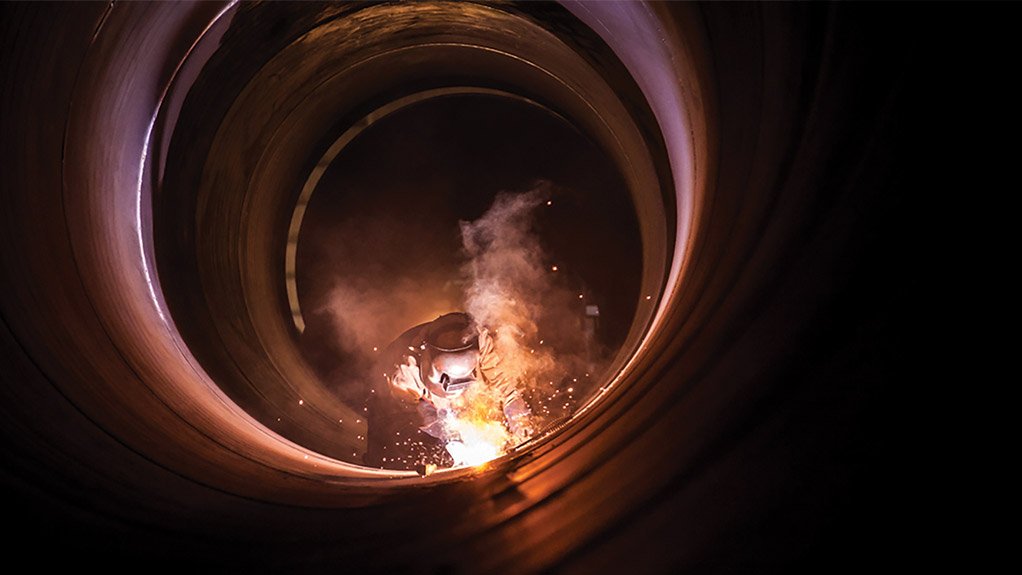 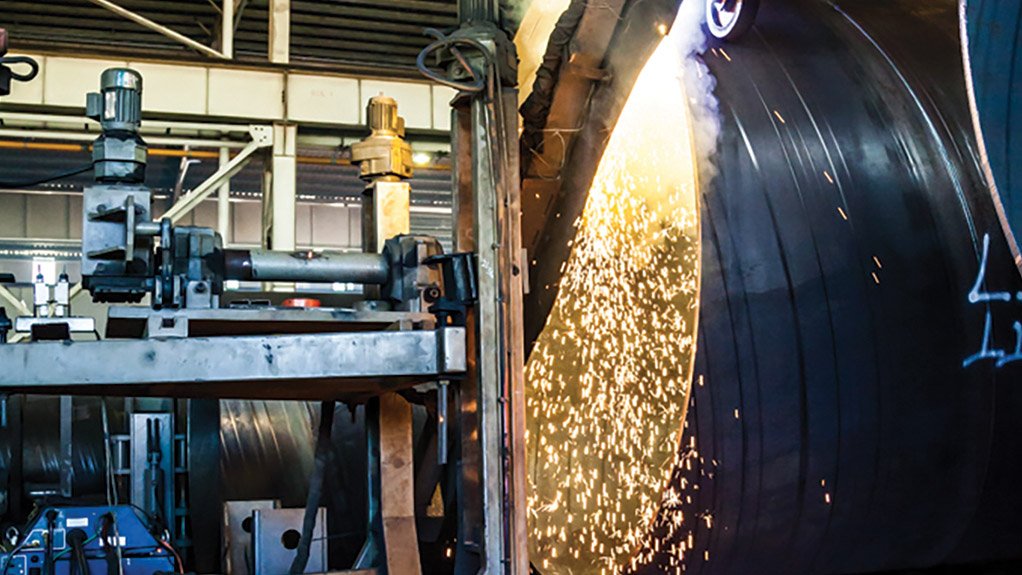 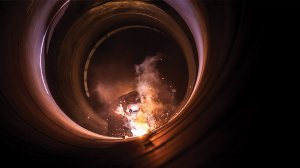 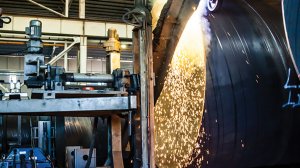 API sales and marketing director Jan Jansen van Niewenhuizen tells Engineering News that construction is due for completion between September and December this year.

Currently, earthworks is 20% complete and equipment production is 80% complete; the buildings are also complete and are ready to be erected. API notes that the construction plans were finalised towards the end of 2014 and that construction began in January 2015.

Jansen van Niewenhuizen further notes that the project has been funded through the joint venture partnership between Africa Pipe Industries North – the local empowerment initiative under API – and the world’s largest primary producer of platinum, Anglo American Platinum.

He tells Engineering News that the facility is based in Limpopo to target and benefit from all the infrastructure upgrades taking place in the northern part of South Africa. This includes future projects, including projects for the Department of Water Affairs and Sanitation, as well as development projects for mines in the area.

Facility Upgrade
API considers itself as the leader in steel pipe corrosion systems and will be the dominant large-bore steel pipe manufacturer in the next few years, notes Jansen van Niewenhuizen, adding that API bought specialised equipment in February for the latest Sigmaline 855 1:1 rigid polyurethane corrosion protection system.
API upgraded its coating and lining facilities in 2013 to include tailor-made equipment for rigid polyurethanes and epoxies. This new system forms part of Africa Pipe Industries North’s installation, in Limpopo.

“Further, process control systems, such as dosing and pressure regulation systems, are in the final design stage, in Germany, and will be incorporated into the corrosion protection system within the next three months,” notes Jansen van Niewenhuizen.

The hydraulic application system is reliable and ideal for plural component heavy duty coating systems.
Jansen van Niewenhuizen tells Engineering News that corrosion protection materials and their application methods are essential for the integrity of a steel pipe that dovetails with API’s focus on application methods that ensure ideal conditions.

“The upgrades have been extremely successful and the application processes are comparing positively with other applicators in the world, which have been successfully applying rigid polyurethanes since the 1970s.”

Fitting Fabrication
API has also developed a unique process for the manufacture of pipe fittings to overcome end-users’ concerns about the quality of external and internal corrosion-protection applications.

Janse van Niewenhuizen notes that straight pipes are marked and stitch-cut, with the required segment angles. Coating and lining materials are applied to the pipes using production machines down the production line. The straight pipe that is designated for fittings is subjected to the same quality inspection, which ensures the quality of corrosion protection of the pipe.

Once the coatings and linings application is complete, segments are welded on to the pipe at the fitting bay to form a bend. The only hand application of the coating and linings is the small-cut back area around the segment welds, which is applied using the same product that is used on the straight pipe.

Jansen van Niewenhuizen notes that API has specialised skills in South Africa to design, build and operate pipe factories. He predicts that “there are a few more pipe manufacturing plants on the cards for South Africa,” noting that heed will be paid to government’s local-content policies which suggest the involvement of surrounding communities when companies build plants.

API also manufacture trapezoidal stiffeners to client specification. The stiffeners go through its own manufacturing process where steel coils are loaded into the machine. Thereafter the steel plate goes through a range of formation rollers set up at different angles, bending the plate into the required trapezoidal shape. After the formation is complete the pipe will go into a bending template which forms the stiffener into the size of the required diameter; these stiffeners are then cut off and moved to the next station for fitment.

Pims is a real-time system used for pipe traceability and pipe data. The representatives of each manufacturing station at a plant capture the information as and when the pipes are received. The information can be incorporated into automatically generated reports to keep customers updated on project progress.

The system includes safety measures, as pipes have to be released by the previous stations to confirm quality compliance that is overseen by the quality manager. The system also records all information from the point of receiving raw materials to the final dispatch, offering the end-user reliable information.

Pims is unique because the program was designed in accordance to production flow and various customer requirements. , says Jansen van Niewenhuizen.

“Pims is an electronic solution to paperwork. With larger projects, pipe data packs are compiled using stacks and stacks of paperwork. However, with this new system, we can reduce the paperwork required and offer a cheaper, more efficient method to store more information for longer periods,” he explains.

He tells Engineering News that keeping up with technology and development is crucial to API. Therefore, current trends and easy access to information also motivated the development of Pims.

While the system is a once-off instalment, training is conducted regularly to ensure that company representatives understand and capture data accurately.

Pims is designed to adhere to the specifics of each individual project. This gives the client reassurance that quality standards are adhered to and that all information is available.

Pipes used in the Pims are barcoded with a sequential number and the same number is hard-stamped on the pipe end or on the bevel face depending on client preference.

Skills Development
API recognises that its employees are the most important element in the success of its company and its directors and management are fully committed to the training and skills development of all its employees to ensure the future development of the company. API further recognises that the opportunity to grow within the organisation is a key element in the company achieving success and to its becoming a preferred employer.

Established in 2010, Africa Pipe Industries (API) is a privately owned company with an installed pipe-manufacturing capacity of 100 000 t/y, which makes the company one of the largest existing pipes manufacturers in South Africa.

It has been able to leverage the accumulated expertise and experience in designing and building multiple factories, with the latest addition being the construction of its Mokopane facility.

Meanwhile, Africa Pipe Industries North, a private local-empowerment subsidiary of API, will release its manufactured products in the fourth quarter of 2015.

The production range for API and Africa Pipe Industries North factories include 500 mm to 3 500 mm outside-diameter pipes that vary in thickness from 5 mm to 20 mm.

The API factory as well as Africa Pipe Industries North’s factory focuses on the enhancement of operational efficiencies and offers a system of quality assurance in accordance with American Petroleum Institute requirements and ISO 9002.

API’s manufacturing processes are carried out to meet the highest national and international health, safety and environmental standards. The company is following the National Occupational Safety Association standards – a recognised occupational health and safety organisation in South Africa.

API recognises that its employees are the most important element in its success, and the company’s directors and management are fully committed to the training and skills development of employees.

Meanwhile, API invests in equipment and technology development to ensure that it continuously improves its manufacturing processes, thereby ensuring that clients receive the best available product.