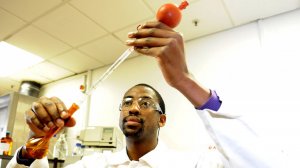 Global multinational speciality pharmaceuticals company Aspen Pharmacare Holdings announced that the company has been approved for a secondary listing on stock exchange facilitator A2X Markets with effect from April 1, 2019.

“We continually strive to identify ways to increase value for our shareholders and the complementary A2X listing offers investors trading benefits, while simultaneously providing the prospect of increasing our shareholder base,” says Aspen Group CE Stephen Saad.

He points out that Aspen will retain its primary listing on the JSE – which it has held for 20 years this year – and Aspen’s issued share capital will be unaffected by the secondary listing.

“A2X is thrilled to have South Africa’s largest pharmaceuticals company on board. There is no doubt that Aspen will reap the benefits of a secondary listing, including the opportunity to attract potential new investors through A2X’s lower-cost trading structure and broadening their shareholder base,” says A2X CEO Kevin Brady.

A2X is a licensed stock exchange, which provides a secondary listing venue for companies. It is regulated by the Financial Sector Conduct Authority and the Prudential Authority in terms of the Financial Markets Act.

At the end of last year, Aspen announced the launch of Emdolten, a Dolutegravir-based triple combination anti-retroviral (ARV) treatment option.

Aspen strategic trade senior executive Stavros Nicolaou says there has been significant excitement at a clinician, funder and patient level about the use of Dolutegravir, a second-generation integrase inhibitor, which offers clinical and safety profile benefits.

Emdolten enhances Aspen’s human immunodeficiency virus (HIV) product offering in South Africa and has the potential to improve the lives of millions of South Africans presently on ARV treatment.

“Aspen pioneered the development and manufacture of generic ARVs in South Africa in the early 2000s, when the country was grappling with HIV denial and the potentially destructive consequences of an un-arrested HIV pandemic. Prior to this, ARVs – which were then patent protected – were inaccessible to the majority of these patients.”

Aspen’s efforts resulted in the accelerated introduction of South Africa’s public ARV programme which has contributed to the successful treatment of hundreds of thousands of patients afflicted with HIV and acquired immunodeficiency syndrome.

Since the launch of Aspen Stavudine, its first generic ARV in August 2003, Aspen has continued to be an anchor supplier of ARVs to both the South African public and private sectors, where its position is maintained through extensive manufacturing investment into the local economy and the introduction of an ongoing pipeline of ARV products.