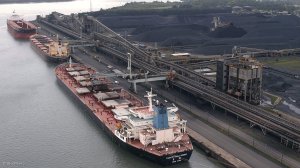 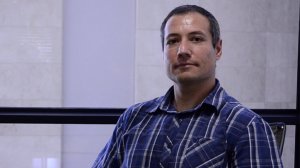 With two major gas-to-power projects under way in the country, consulting company Aurecon believes that the two, possibly three, gas power stations associated with the projects can be economical as existing infrastructure can be used to support them.

“There are currently two major gas-to-power projects in the gas industry – the big gas programme that will see liquefied natural gas- (LNG-) fuelled power stations installed at one or both at the Port of Richards Bay, in KwaZulu-Natal, and the Port of Coega, in Eastern Cape, and the small gas programme that is anticipated to see a gas power plant installed at the Port of Saldanha Bay, in the Western Cape,” says Aurecon power generation division associate Kobus van der Merwe.

Van der Merwe indicates that this alternative energy source, combined with a portfolio of other power generation sources, including renewables, will decrease electricity prices, thereby supporting economic growth, which will create more job opportunities and an increase in skills across the country.

He highlights that the gross domestic product growth of a country is directly influenced by the price of electricity and stability of supply. “For South Africa, it is imperative that a range of power generation be procured through the Department of Energy’s independent power producer (IPP) programme to meet the existing and future energy demands, while balancing cost, environmental impacts and the economic implications of the industry.”

Van der Merwe further highlights that IPPs bring international funding which has less of an impact on the financial situation of the South African government. “This relieves some of the pressure on government, which allows it to focus on other financial issues that the country faces.”

“The Ankerlig power station conversion to gas is being planned by Eskom, but it is anticipated that the other LNG-fired power stations at the ports of South Africa will be developed as IPPs. A memorandum from the IPP Office with regard to the large-scale LNG projects in the country was released at the end of October,” Van der Merwe says.

He explains that the memorandum gives more details of what the LNG-to-power projects entail, with IPPs looking towards partnerships to implement bundled solutions that will provide gas handling, storage as well as power plants for new projects.

“The next step is the release of the request for proposals in 2017 and Aurecon, in the meantime, is supporting potential developers of gas-to-power projects.”

Van der Merwe points out that LNG prices globally have stabilised after rising dramatically in 2000 and then dropping significantly in 2010. The price has stabilised to a point where it will support industry growth and sustainability.

“In the US, there has been a shift to generate more power from gas, especially using fracking and this has caused electricity prices to decrease for several years in a row. Globally, most power sectors are decommissioning coal-fired power stations and moving over to gas, which is cheaper and better for the environment,” he says.

There are currently three ways for South Africa to acquire natural gas, he highlights: the Karoo has a supply of shale gas that can be extracted through fracking, the three major ports of Saldanha Bay, Coega and Richards Bay can import from international sources or natural gas can be imported from Mozambique.

“There is a lot of gas development taking place in Mozambique, onshore and offshore, which means we can transport gas from there,” Van der Merwe points out.

He concludes that, if South Africa starts working towards creating more LNG-fired power stations, it would become an important part of the energy mix of the country, supporting economic growth and decreasing electricity prices.