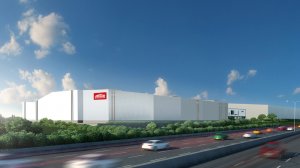 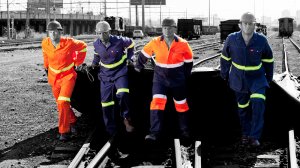 Construction of the facility, which cost about R100-million to build, was completed in August and is a five-minute drive from OR Tambo International Airport.

Further, Jonsson Workwear will be able to deliver products to its customers 48 hours faster once the company consolidates the stockholding from existing distribution centres in Lesotho.

Fryer tells Engineering News that the facility is operational and houses about 50% of Jonsson Workwear’s total stock. Once the full complement of stock has been moved to the new facility, the company will officially open the new distribution centre, which uses new automated technologies such as voice activation for garment picking.

The building also has a 70-seat auditorium that will be used for staff training and holding conferences for customers.

Also in August, Jonsson Workwear became the exclusive user of VizLite reflective tape in Africa. The tape will be available as part of Jonsson Workwear’s full high-visibility range of workwear from January 2014, notes Fryer.

She says South African workwear requirements are not enforced as strictly as they are in other countries, such as Australia. Hence, many workers are not supplied with workwear that meets international personal protective equipment (PPE) standards, one of which, is worker visibility.

“Often, companies in South Africa will provide their employees with workwear in nonfluorescent colours. However, such materials may not have the long-distance visibility of fluorescent materials in day- light and their use should be limited to appropriate environments. High-visibility workwear is made with fluorescent coloured material and/or reflective tape,” says Fryer, adding that employers often do not buy workwear with reflective tape to save costs.

Class 3 garments are required to have two 50.8-mm-wide reflective tape bands around an employee’s body and arms and over the shoulders. Fryer notes that many South African workers wear workwear with reflective tape that is less than 48 mm wide.

Another challenge she highlights is that companies often buy lower-quality workwear garments, as they are cheaper. However, they subsequently spend more money, as these garments have to be replaced more regularly than high- quality workwear.

Fryer notes that many companies do not understand the benefits of clothing employees in high-quality workwear, adding that high-quality apparel improves employee morale and outputs, as they feel valued by their employer.

Further, the way employees are dressed also drives public perception of the company. “Often, consumers’ first point of contact with a brand is the labour force and if they are wearing torn, shabby workwear, consumers’ impression of the brand will not be very positive,” notes Fryer.

Meanwhile, Jonsson Workwear increased the size range of its Maseru steel-toe-cap safety shoes and boots in August to accommodate females who wear either a size-three or a size-four shoe. The steel toe cap of these shoes and boots can handle impacts of 200 J, allowing them to limit foot injuries, which is the main contributor to worker downtime, adds Fryer. The shoes and boots are also oil and acid resistant and have antislip soles.

She notes that 38% of South Africa’s workforce comprises women, who previously had to wear workwear designed for men. To take advantage of this gap in the market, Jonsson Workwear developed a range specifically for women, which was launched in October last year. The range includes work jackets, trousers and workwear skirts.

“Many women are prohibited from wearing trousers because of cultural reasons and, therefore, work in normal skirts, which are easily damaged and ruined. Owing to this gap in the market, Jonsson Workwear designed a range of workwear skirts,” explains Fryer.

She adds that Jonsson Workwear also tailors its garments to the requirements of its customers and the industry in which its customers are involved. These garments are often required to resist conditions that may arise in a particular work environment. For example, they have to be flame and acid resistant in the petrochemicals industry as well as South African Bureau of Standards approved.

Jonsson Workwear conducts in-house quality audits at all its manufacturing factories to ensure that the fabric and design of its garments meet the industry requirements and that all its garments are of the highest quality.

Fryer notes that 90% of Jonsson Workwear garments are manufactured locally, while the remainder are imported from various countries in Asia. “Jonsson Workwear prefers to have control over the supply chain, lead times and production, which can be slower and less efficient when importing from other countries. Having most of its garments manufactured locally also enables the company to handle increased demand faster, whereas importers have to wait longer for goods to service demand,” she says.

Jonsson Workwear manufactures 30 000 garments a day at its six factories. The company exports its garments to 22 countries, including the UK and Australia.