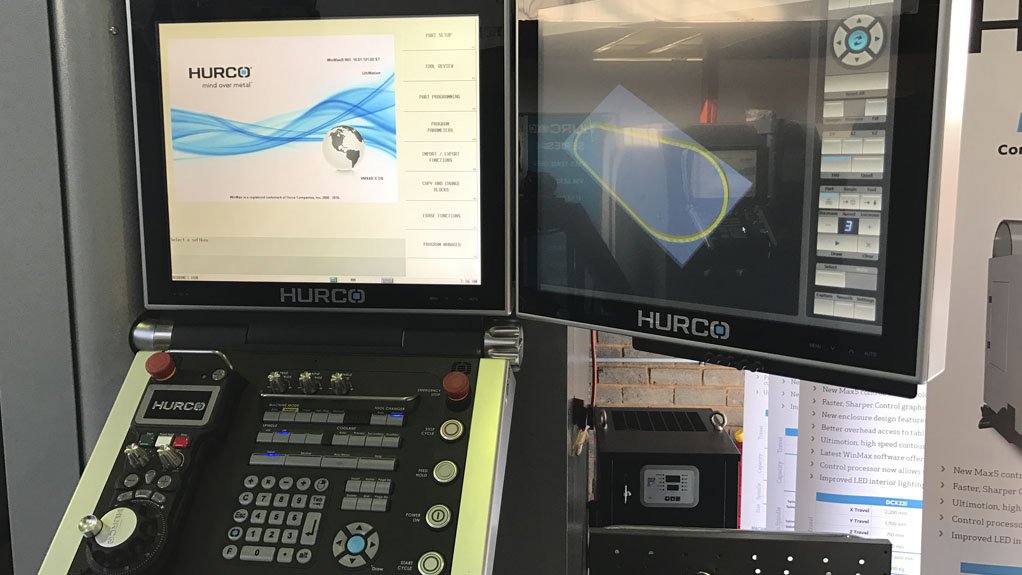 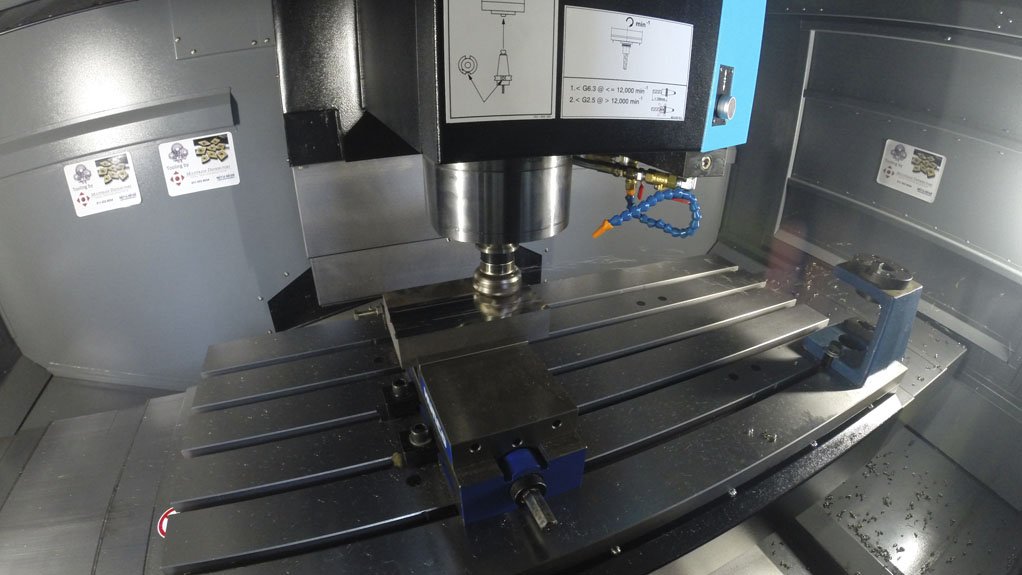 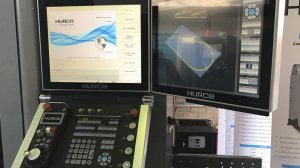 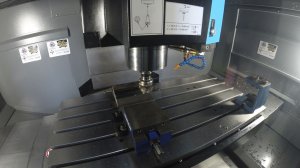 He explains that each control console is equipped with a 120 GB solid-state drive and an Intel core processor that powers and controls the digital drives supplied by robotics company Yaskawa. The digital drives allow for fast linear movement of the ball screws in the machines.

The Max5 control consoles are installed on the complete Hurco range of computer numerically controlled (CNC) machines, five-axis CNC machines and other high- precision machines supplied by Hurco. Guy points out that because of the precision provided by the control console, all machines provided by Hurco can be used as high-speed machining centres.

“There is no need to use additional software or options with our machines to cut up to machining rates of 20 m/min because the WinMax software includes our Adaptipath and Ultimotion software. The integrated Max5 has high-end features such as processing speed, look-ahead, and computer-aided manufacturing compatibility that are critical to CNC shops and machinists,” he explains.

He highlights that the WinMax software which comes with Hurco’s Adaptipath software increases metal removal rates, supports rest machining, reduces cycle time and extends tool life as an option. With Adaptipath, the company also includes the Ultimotion software that reduces the cycle time of projects by 30% and allows for rapid cornering capabilities.

Guy points out that training on how to use the Hurco software can easily be done on site or at Hurco’s premises, in Benoni, Gauteng, where it houses a fully functional training centre.

“We can provide sufficient training . . . to allow for competent use of the programming software in no more than two days, with after-sales support always readily available for any machine or software problems that may occur,” he says.

Guy says the transition for most machinists from manual machining to using CNC machines can easily be facilitated using the Max5 control consoles, as making new cuts in material is as simple as entering the required values into the control console.

Further, the machines and controls of Hurco machines are being continually upgraded, with the company’s engineers adding additional features as they become relevant to the improvement of the controls.

He concludes that Hurco aspires to increase productivity and reduce the setup time of machines that are required to cut complicated parts. The company is continually doing more research and development to improve machines.