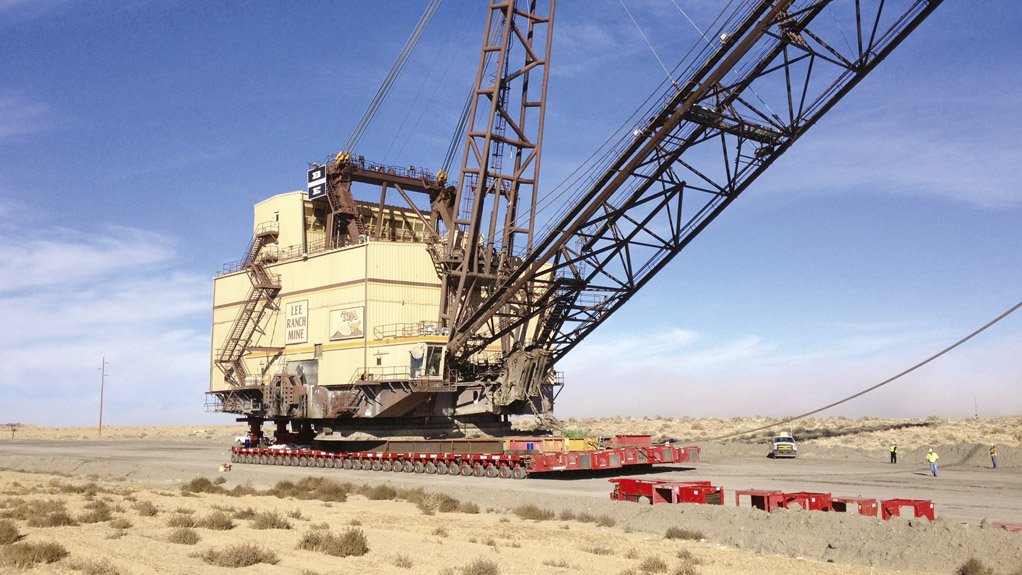 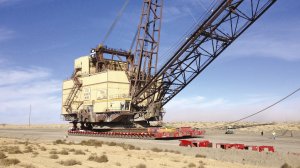 “The Focus is a perfect addition to Mammoet’s fleet of cranes, as it is energy efficient and cost effective, suited to specific, ultra-heavy lifting tasks,” says Mammoet South Africa marketing manager Ryan Amos, adding that the crane is still in the concept stages and that no launch date has been set yet.

He explains that the Focus heavy lifter combines an “unparalleled” lifting capacity and manoeuvrability with fast (de)mobilisation and is particularly well suited for use in confined areas such as those of complex heavy industrial plants.

“The Focus can be fully assembled on site in confined areas, with the whole assembly process taking place in a vertical direction, as opposed to conventional cranes assembly, which is usually done on the ground,” Amos explains.

Owing to this, he notes that there is no need for auxiliary cranes, as lifting capacity is integrated into the design, making the Focus and its boom sections self-erecting. It is also easy and efficient to transport, owing to its containerised design.

Amos further notes that, depending on the configuration, the Focus is expected to lift up to 24 000 t. “This is beyond any capacity offered by cranes currently available.”

The company enthuses that the Focus is designed to allow for variable distances between the mast and/or boom foot and the counterweight with a load in the hook.

“This can even be done while the crane is slewing, as it allows for the unique manoeuvrability of the crane, combining linear movements and turning in one fluent motion regardless of the radius involved at any point in time.”

The Focus can pick up a load from a ship in a linear movement, pull back while turning, and place the object at any point around the crane. Because of the length of the mast – up to 200 m – the load could even be placed over other buildings.

“Other cranes can perform these types of movements, but none of them can do so to the extent that the Focus can,” asserts Amos.

Mammoet has also devised a smart and innovative solution of relocating draglines while fully assembled, with these draglines weighing more than 5 400 t, he adds.

The conventional way of relocating draglines is by dismantling them and moving all the sections individually, but Amos says Mammoet uses a jacking system to lift the dragline and place it on a specialised transport system to move the dragline – fully assembled – to its new location.

He notes that the conventional way of moving draglines would “cost the mining client weeks” because of production downtime. However, this is mitigated by Mammoet moving the dragline in one piece, ultimately resulting in cost savings for the mines by improving production and increasing their capacity to mine resources, such as coal, he explains.

Although the company cannot divulge information regarding its current project involvement, owing to nondisclosure agreements and contractual obligations, Amos says Mammoet SA is involved in the local power and petrochemicals industries, with the recent execution of several heavy lift and transportation projects in the mining sector.

“Challenges for Mammoet in this sector include relying on derived demand from other industries, for example – if the oil price drops, the petrochemicals industry will cap expenditure on new projects and this leads to projects being put on hold or cancelled,” Amos explains.

He concludes by noting that one can mitigate these challenges by providing heavy lifting and transportation services for other industries and sectors, thereby not becoming over reliant on one specific market segment.