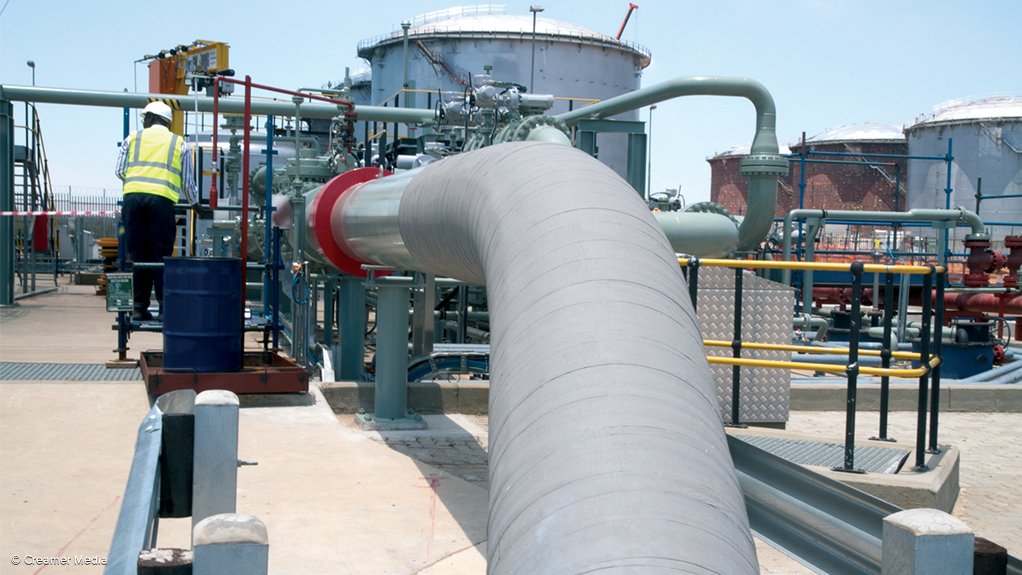 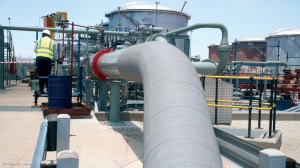 The National Energy Regulator of South Africa (Nersa) and the Department of Forestry, Fisheries and the Environment (DFFE) both insist that Transnet Pipelines remains compliant with its licence conditions and with environmental legislation in relation to its response to recent theft-induced fuel spillages on the Multiproduct Pipeline between Durban and Heidelberg.

Nersa spokesperson Charles Hlebela tells Engineering News that the regulator has received reports of three theft incidents over the past week, two of which resulted in spills, including a serious spill near Verkykerskop, about 50 km from Harrismith in the Free State.

A video of the incident has been widely shared across media and social media platforms.

It shows diesel gushing from the pipeline on to land close to the Meulriver, a tributary of the Wilge river, which is itself a tributary to the Vaal river.

Transnet has confirmed that the incident occurred during the early hours of the morning on March 9, but the video was taken in full daylight, indicating that there was still pressure in the line and that spill crews had not yet reached the site hours after the incident occurred.

Engineering News has also seen photographs and received reports about previous spill sites, which appear not to be fully rehabilitated many months after a spill incident.

Transnet Pipelines reports that emergency response teams are still busy with the recovery and containment of diesel in the Meulriver, with preventative booms having been positioned downstream of the incident site and absorbent booms along the river.

Nevertheless, Nersa tells Engineering News that Transnet has complied with its licence conditions by reporting all incidents in line with an agreed process.

“We are still awaiting the full reports on the incidents on completion of Transnet investigations into these [three recent incidents], but these incidents are caused by people who are breaking the law, which is a law enforcement matter,” Hlebela says.

He adds that, at this point, there has been “no noncompliance by the licensee” and no action has, thus, been taken against the State-owned company.

“However, Nersa is monitoring the situation closely to assess if the interventions to curb these incidents are effective.”

Likewise, the DFFE tells Engineering News that its Environmental Management Inspectors were informed by Transnet of the diesel spills as soon as they occurred.

“Following the compliance inspections, the environmental inspectors assigned to these incidents reported that no non-compliances to the National Environmental Management Act (Nema) have been identified.

“Transnet is in compliance with the requirements of Section 30 of Nema which deals with such incidents and the duty of care provisions of Section 28 of Nema.

“The DFFE will continue to monitor compliance of Transnet’s environmental obligations closely.”

The department tells Engineering News that Transnet has commenced with the rehabilitation of the polluted areas and the containment and removal of the product from several sites.

“Transnet has appointed various specialists to determine the impact of the incidents on the environment.

“The specialist reports will include recommendations on any further rehabilitation measures to be implemented,” Modise tells Engineering News.

Transnet Pipelines also insists it is in full compliance with its operating licence and has confirmed that Nersa has been made “aware of the challenges we are experiencing with theft incidents”.

Transnet Pipelines CEO Michelle Phillips tells Engineering News that the pipeline is immediately shut down as and when an incident occurs to minimise the pressure. Emergency response teams are then dispatched, and the affected section of the pipeline is isolated.

She says all environmental incidents are reported to the DFFE and, where applicable, also to the Department of Water and Sanitation.

“All reports are in accordance with Nema and the Water Act,” Phillips adds, reporting that rehabilitation plans for affected sites are also discussed and approved by the DFFE, which has a list of all sites and their status.

Transnet says it has implemented various security interventions to address the fuel theft problem and to safeguard the network, but also confirms that incidents have been spread over the entire 3 114 km of pipelines, traversing all five provinces.

Transnet says a special task team has been formed with the Hawks, the South African Police Service’s Crime Intelligence, the State Security Agency, the National Prosecuting Authority and local police services to ensure the safety of the pipelines, which are classified as essential infrastructure.

Nersa says ongoing theft along the network could have security-of-supply implications, depending on the severity of the damage to the pipeline.

During the most recent incidents, however, the pipelines were either not interrupted or returned to service within a few days and there was no disruption to inland fuel supply.