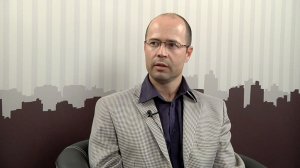 The Council for Scientific and Industrial Research (CSIR) highlights that regular testing of samples of ropes forms a vital part of ongoing monitoring and evaluation.

“Testing ropes in service helps the users . . . to understand the condition of the ropes in order to make an informed decision about the remaining life of the rope. It also assists in planning when they should be replaced,” says CSIR mining initiatives acting business manager Riaan Bergh.

The CSIR rope-testing laboratory is the only facility in South Africa accredited to test steel wire ropes, he explains, emphasising that accreditation by the South African National Accreditation System signifies that the laboratory complies with the strict quality requirements of ISO 17025.

“Adherence to this international standard ensures that an effective management system is in place and that the technical aspects that could influence test results are understood and controlled in such a way that results are produced and reported accurately.”

Bergh asserts that rope manufacturers can predict the strength of a new rope fairly accurately, based on the construction of the rope in terms of its size, number of wires, configuration and material properties. However, only physical testing will determine the actual strength of the rope, he adds.

“The condition of a rope . . . will generally deteriorate over time and with use. The rate of deterioration can vary a lot and will be influenced by operating conditions, how well the rope is maintained and the operational loads on the rope.”

In-shaft visual inspections and nondestructive tests are done regularly in situ at the mine shaft to detect damage, such as broken wires, but the strength of a rope in service can be determined only through a destructive tensile test, Bergh explains.

He highlights that the laboratory processes of rope testing consist of sample preparation, tensile testing, post-test inspection and reporting.

“The preparation and testing of the rope samples are done in batches. It takes about one week for one batch to be processed through preparation, testing and inspection. The actual tensile test takes much less time – about 20 minutes per rope,” asserts Bergh.

He explains that sample preparation is the process whereby the rope sample is cut to the correct gauge length and, after securing the ends, the strands and wires are unlayed. The exposed wires at the ends are then degreased and a conical socket is cast at each end.

Bergh explains that prior to testing, the conical ends of the rope sample are secured in the jaws of the testing machine and a gradually increasing tensile load is applied until the rope breaks. During load application, the test computer continuously records the applied load and the elongation of the rope sample.

During post-test inspection, the wires, strands and core of the rope are inspected to determine the general condition of the rope. The nature of the failure is described as wire fractures and can be ductile or brittle, while the degree of abrasive wear and corrosion of the wires are also recorded. He adds that the condition of rope lubrication is also assessed and recorded.

The final step involves reporting, during which the results of the tensile test and observations from the post-test inspection are captured in the laboratory’s database and summarised in a test certificate, explains Bergh.

He points out that the rope test machine is one of only two in South Africa and the largest of its kind in the southern hemisphere. The machine can exert a maximum tensile force of 15000 kN (1500 metric tonnes) and can test wire ropes of up to 160 mm in diameter.

Rope testing falls in the domain of mechanical engineering and rope testing at the CSIR and is overseen by an engineer, but the specialised skills required for the preparation of rope samples and the execution of the tensile test are taught in the laboratory, Bergh says.

“After an induction and in-service training period, laboratory staff are evaluated for competence in all aspects of preparation and testing. Regular refresher training ensures ongoing compliance with the laboratory’s quality procedures,” he concludes.