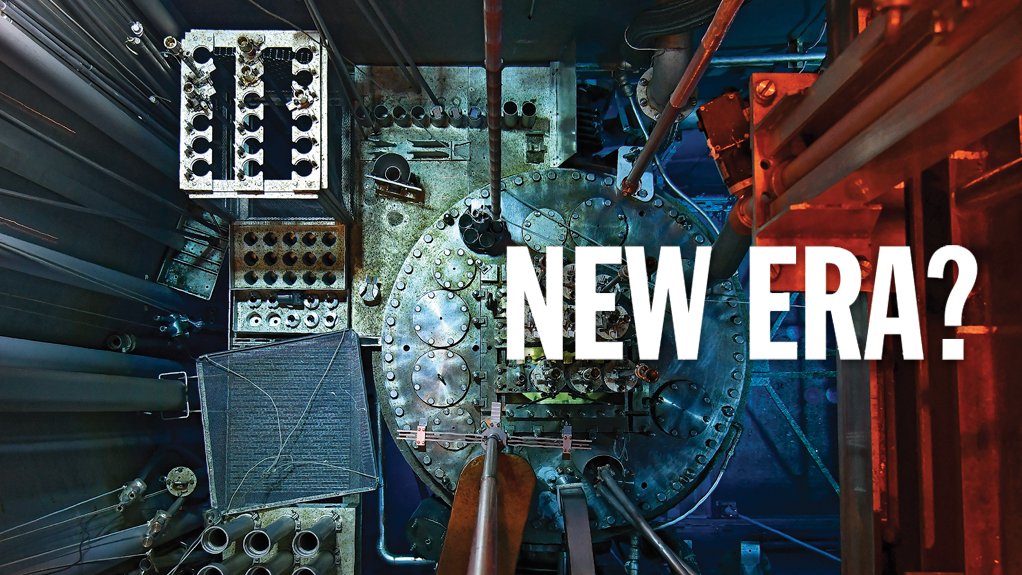 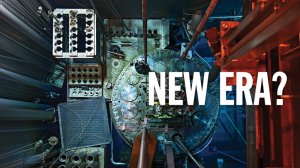 The South African Nuclear Energy Corporation (Necsa) has, with the approval of Cabinet, started the process that should result in it acquiring a new nuclear research reactor, to replace its current Safari-1 research reactor. The new reactor, dubbed the multipurpose reactor (MPR), would, like Safari-1, be located at Necsa’s complex at Pelindaba, west of Pretoria.

“The socioeconomic needs of South Africa require a new multipurpose research reactor,” affirms Necsa Group CEO Loyiso Tyabashe. “It will strengthen scientific research in the country and increase scientific knowledge. Also, it will allow us to not only maintain, but to increase, our production of radioisotopes, especially for medicine. Consequently, it will ensure that South Africa keeps its position as one of the world’s top four medical radioisotope producers. It will maintain high-skill jobs and high- technology expertise in the country.”

The Safari-1 research reactor was commissioned on March 18, 1965. Carefully maintained, it has been operating (apart from scheduled maintenance periods) ever since. For more than a half of a century now, it has been functioning under International Atomic Energy Agency (IAEA) nonproliferation safeguards. The IAEA actually monitors the operational cycles of the reactor with remote-controlled cameras and continuous monitoring equipment.

Originally fuelled with high-enriched uranium (HEU), Safari-1 was successfully converted to use low-enriched uranium (LEU) fuel, in a major international collaborative programme with the US. Safari-1, therefore, became the first major production research reactor in the world to make the switch from HEU to LEU for utilising both fuel and molybdenum target plates in the reactor core and proving that new-generation research reactors would be successful if designed to use only LEU.

In addition to producing radioisotopes – which, in turn, are used to produce about 40-million radiotherapeutic doses a year, mainly to diagnose and treat cancer and which are supplied to patients over a wide swathe of the world – the reactor is also used to provide neutrons for beam line research.

“We channel neutrons from the reactor core, along a beam line to a neutron diffraction instrument,” explains Necsa senior engineer Dr Deon Marais.

“We have two neutron diffraction instruments, both modern, with a neutron radiography instrument currently in the upgrade phase. These are benchmarked against international counterparts and our resolution is on a par with those benchmark instruments. We developed our neutron diffraction instruments in-house, here at Necsa, proving that we have the expertise to do this. A major achievement is the instrument ‘dance floors’ which are the flattest, most level, surfaces in Africa. Its surface doesn’t vary more than 50 microns per square metre.”

“You can do a lot of science with this data,” Marais points out. “There is a wide range of applications for these instruments, and they are used for both national and international research projects. One of them incorporates a cryogenic system and high- temperature furnace, so samples can be placed and examined at widely differing temperatures.”

Neutrons from the core are also used to ‘dope’ silicon wafers, a process that changes the characteristics of the wafers for use by the electronics industry. The clients for this service are international.

Changing of the Guard

But, after some 57 years of operation, Safari-1 is inevitably reaching the end of its life. Hence, the need to start the process to acquire a new research reactor. Because especially of its lifesaving role in supporting nuclear medicine, it is imperative that the new MPR be commissioned and start functioning while Safari-1 is still fully operational.

“This is why our plan is to have an overlap in operation between the two reactors, a period in which both Safari-1 and the new MPR are operating,” assures Tyabashe. “This is not only to ensure that radioisotope production is uninterrupted, but to maintain continuity in nuclear research programmes.”

Earlier this year, Necsa sent out a request for information (RFI) on research reactors (including design and technology) and companies capable of (and interested in) designing and building such a reactor for South Africa.

The information received will be carefully studied by the corporation as it will clarify assumptions that were made based on the prefeasibility study, including available technologies, estimated cost and funding models. The next step, in about a year from now, will be the issuing of a request for proposals (RFP), which will mark the start of the actual MPR acquisition process.

Once the overlap period is over, Safari-1 will be finally shut down and the decommissioning phase will start, guided by the National Nuclear Regulator (NNR) requirements. “At Necsa, we do have decommissioning skills, from decommissioning other nuclear facilities on our site, and we will work with international specialists who have experience in decommissioning reactors under the guidance of the IAEA,” notes Tyabashe.

One of the purposes of the RFI is to get an idea of how much a new MPR will cost, and this will solidify the budget for subsequent stages of the project. “It needs to be affordable,” Tyabashe stresses. According to the IAEA, there are currently 24 research reactors under construction, or planned, in 17 countries. (The number of research reactors now operational is 221, in 53 countries.) Consequently, there are a number of potential vendors for MPRs, although it is not yet known how many will respond to the planned RFP when it is issued next year. “We need to have a range of serious vendors competing for the contract, so that we don’t get trapped without options,” he points out.

Another function of the RFI is to check out the technological options for the MPR. Safari-1 is a ‘tank-in-pool reactor’ design (also more humorously called a ‘swimming pool’ reactor). The reactor core and its vessel are submerged in a pool of incredibly pure water, which makes access to the operating core easy while protecting the reactor staff. “The conductance of the water in the reactor pool is less than 1.2 micro-Siemens,” notes Safari-1 reactor senior manager Koos du Bruyn. “The figure for drinking water is 100 micro-Siemens or more. The pH of the pool water is neutral. All the minerals and salts are removed from the water before it goes into the pool and reactor primary cooling system.” Most modern MPR designs are still of this type. But Necsa would like to investigate all the technology options that are now available.

Necsa’s intent is that the MPR would be an upgrade in capability over Safari-1. This has a thermal power output of 20 MW, but initial market research indicates that 30 MW would be achievable with a new MPR. This would bring major benefits.

“Such an MPR would be able to produce more beam lines, and so allow more scientific research,” highlights Tyabashe. “We expect that the number of scientific papers that could be produced with the MPR would be about 100 a year, whereas the current figure is about 20 annually. That would be a big boost to nuclear science research in South Africa. Such an MPR would also allow us to expand our range of radioisotopes, while still producing all those that Safari-1 can. And it would increase the volume of irradiated silicon doping than what we could do now.”

The corporation is in the process of identifying a suitable location, within its Pelindaba complex, for the MPR site. This would be close to its commercial radioisotope production facility, which was, naturally, positioned close to Safari-1. Consequently, the MPR may be close to Safari-1 (about 0.5 km away), but not alongside it. However, the site still has to receive the necessary regulatory and environmental authorisations.

Construction of the MPR should create from 4 000 to 10 000 jobs, the number varying depending on the stage of the work. Most of these will be standard construction jobs, recruited locally. But equipment used for key elements will have to be ‘nuclear graded’. Construction would take place over five years. Long-term maintenance and operation of the MPR will require 750 direct jobs and also create some 3 000 indirect jobs.

As nuclear physics does not change, the training that Necsa reactor staff require in future will be focused on modernised control and safety systems of the MPR. Necsa has its own complete training centre, so it would probably send its first instructors, operating and maintenance staff abroad for training on the MPR and then they would, in turn, train the operators at Pelindaba. Necsa already uses – and it is a requirement of the National Nuclear Regulator (NNR) that it has – simulators to train, qualify and requalify its reactor operators. The contract for the new MPR will include the acquisition of the associated simulators.

“The MPR will have a similar life to that of Safari-1 – about 60 years,” reports Tyabashe. “Nuclear reactors are very well regulated and so very well looked after and, as a result, have long lives. And we have capable and well-trained people, highly regulated by the NNR. They uphold international safety standards.”