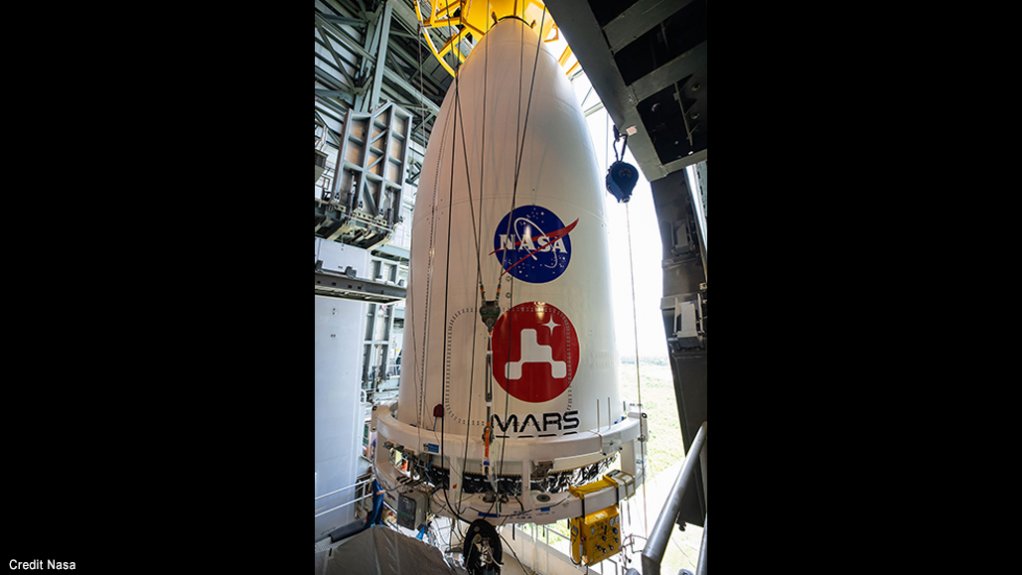 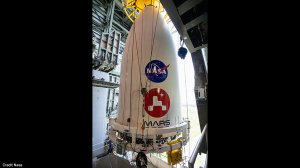 The US National Aeronautics and Space Agency (Nasa) announced on Thursday that its latest Mars rover, Perseverance, had been attached to the top of the Atlas V launch rocket (produced by the United Launch Alliance) that will carry it into space. The operation actually took place on Tuesday.

The rover forms the payload of the Mars 2020 spacecraft. The other components of the Mars 2020 craft are the rocket-powered Mars descent stage, the aeroshell that will enclose and protect the rover and its descent stage (the aeroshell in turn is composed of the backshell and the heat shield, the latter protecting Perseverance when it enters the Martian atmosphere), and the solar-powered ring-shaped cruise stage.

Encased within the rocket nose cone (more formally known as the payload fairing), the complete Mars 2020 spacecraft was lifted 39 m to the top of the Atlas V rocket by the 60-t-capacity hoist at the top of the Vertical Integration Facility at Space Launch Complex 41, at Cape Canaveral Air Force Station in the US state of Florida. Engineers then made the electrical and physical connections between the spacecraft and the rocket. Since then, the final test sequence has been under way, with the spacecraft and rocket being tested both separately and as a single unit.

The launch window for Mars 2020 is currently July 30 to August 15. Two days before launch, the rocket with its spacecraft will be transported by rail from the Vertical Integration Facility the 550 m distance to the launch pad (the trip should take about 40 minutes). After launch, Mars 2020 and Perseverance will travel 467-million kilometres to Mars, a voyage that will take about seven months.

Regardless of which day it is launched, Perseverance will land in Mars’ Jezero Crater on February 18 next year. The prime mission of the rover is to search for signs of ancient microbial life. It will also undertake climatological and geologic research and will be the first mission to collect and cache Martian surface material for subsequent return to Earth (by another spacecraft) for much more detailed analysis.

Perseverance is the heaviest and largest as well as the most sophisticated rover Nasa has yet sent to Mars. In addition to its onboard experiments and equipment, the rover is also carrying a small helicopter. Called Ingenuity, the 1.8 kg helicopter is a technology demonstrator to test if powered flight is practical in the very thin Martian atmosphere. Its first flight is expected to reach an altitude of about one metre and last for 20 to 30 seconds, but that would make it the first aircraft to fly on another planet. Should Ingenuity’s first flight be a success, further test flights will be made, each longer and further away from Perseverance.