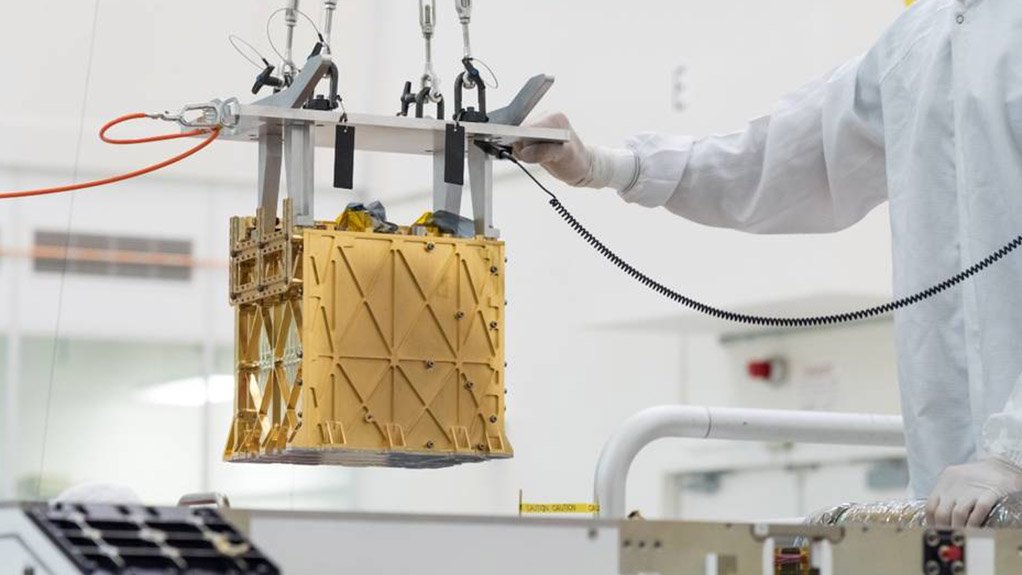 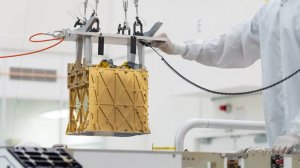 The US National Aeronautics and Space Administration’s (Nasa’s) latest Mars mission has recorded another first. Yet another technology demonstration unit carried to the Red Planet by the Perseverance lander has demonstrated success. This technology demonstrator is named the Mars Oxygen In-Situ Resource Utilisation Experiment, acronymned to Moxie. (Moxie is also an American slang word with the several meanings: showing determination and spirit, perseverance; energy, vigor, verve; and skill or expertise.)

Moxie has been sponsored by two Nasa directorates – the Space Technology Mission Directorate (STMD) and the Human Exploration and Operations Mission Directorate. About the size of a toaster, it is intended to show that oxygen can be extracted from Mars’ thin atmosphere, which at surface level is 95% (by volume) composed of carbon dioxide (and only 0.16% of molecular oxygen). The first test of Moxie took place on April 20, 60 Martian days since Perseverance landed on the planet. (A Martian day, which is called a sol, is a little more than an Earth day long.)

In this first test, the experiment achieved its objective. The amount of oxygen it produced during the test was just 5 g, which is enough to supply an astronaut with breathable oxygen for some ten minutes. This test marked the start of the demonstration of the technology, not the fulfilment of the experiment.

“This is a critical first step at converting carbon dioxide to oxygen on Mars,” stressed Nasa associate administrator for STMD Jim Reuter. “Moxie has more work to do, but the results from this technology demonstration are full of promise as we move forward toward our goal of one day seeing humans on Mars. Oxygen isn’t just the stuff we breath. Rocket propellant depends on oxygen, and future explorers will depend on producing propellant on Mars to make the trip home.”

Moxie separates oxygen atoms from carbon dioxide molecules (each of which is composed of one carbon and two oxygen atoms). This process requires high temperatures – about 800 ˚C. Consequently, Moxie is built from heat-resistant materials. It includes 3D-printed nickel alloy parts and a lightweight aerogel that retains heat within the experiment. It also has a thin gold coating on its outside to reflect infrared heat, preventing it from radiating into, and possibly damaging, other parts of the Perseverance lander. The waste product from the process is carbon monoxide, which is released into the Martian atmosphere.

Moxie has a designed oxygen production capacity of up to 10 g/h. Its test programme is composed of three phases. Phase 1 will check the instrument out and characterise its function. Phase 2 will run the experiment in different atmospheric conditions, including at different times of day and in different seasons. Phase 3 will be used to expand the operating envelope, such as testing new modes of operation, and trying different operating temperatures and comparing the results. Moxie is expected to operate for a Martian year (equivalent to two Earth years) and to produce oxygen at least nine more times.

Liquid-fuelled rocket engines need much more oxygen (by weight) than rocket fuel. The oxygen allows the rocket fuel to burn. A spacecraft carrying four astronauts to Mars would require 7 t of rocket fuel and 25 t of oxygen just for a one-way trip. In sharp comparison, the four astronauts, living on Mars for a year, would need a total of just 1 t of oxygen to breathe (that is, about 0.25 t each).

Carrying another 25 t of oxygen to Mars, for the return trip (giving a total of 50 t required for the mission) would be difficult and costly. It would be much more practical and economical to send a large-scale oxygen converter, a descendent of Moxie, to Mars instead, to produce that oxygen. Such an ‘industrial’ converter would have a mass of about 1 t and be able to extract the required 25 t of oxygen.