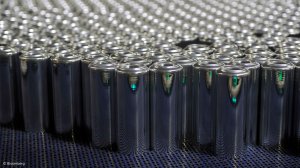 JSE-listed packaging manufacturer Nampak has reported a loss of R4.3-billion for the year ended September 30.

He adds that the group results were also adversely affected by significant currency devaluation of the Zimbabwe dollar and hyperinflation.

Total impairments of R4-billion included an impairment of R2.2-billion of Bevcan Nigeria’s goodwill; and an asset impairment of R1.2-billion in Angola owing to depressed consumer demand, resulting from the significant fall in the oil price, lagging wage inflation, changes in pricing dynamics, Covid-19 and other risks, as well as an increased weighted average cost of capital.

Nampak’s trading profit was down 56% year-on-year to R682-million, while the company stated an operating loss of R283-million.

Particularly, the ban on the production and sale of alcohol in South Africa resulted in Nampak not selling beverage cans and ends to brewers, nor drums for bulk alcohol exports.

The lack of social events, reduced sales during strict lockdown and closure of borders also impacted the company’s businesses in Angola and in Nigeria, while the Zimbabwean operations suffered from hyperinflation factors.

In the year under review, the company took steps to preserve cash including taking 30% paycuts at executive level and 15% at junior management level.

The company also increased scrutiny of all its expenditure and increased focus on working capital by reducing inventory levels to match reduced demand.

Nampak will not be undertaking capital expenditure projects, except for those that have been legally committed to, at this stage.

The group cash and cash equivalents as at September 30 of R1.4-billion marginally exceeded the prior year, after settling borrowings of R1.8-billion.

The company’s total gross debt reduced by 15% in the year under review to R6.8-billion and used proceeds from disposals during the year to pay down debt.

Nampak has identified more assets for disposal and plans to minimise the need for a capital raise to pay down debt.

In the year under review, the company finalised the disposal of Nampak Plastics Europe in December 2019, while the sale of Nampak’s glass division was effective from March 31 this year. After repaying dollar-denominated debt, the company had a R369-million profit from discontinued operations.

Smuts says the plastic bans being imposed in various countries globally, coupled with a global shortage of cans, have created an environment whereby Nampak can increase its supply to more markets in Europe and the Americas.

These new contracts will contribute to earnings in the 2021 financial year.

Hardest hit in the year under review had been the company’s metals cluster, with overall trading profit down 70% year-on-year to R421-million, mostly as a result of reduced demand.

The plastics cluster reported 27% lower year-on-year trading profit of R143-million, owing to a R424-million asset impairment, decline in demand during lockdown and lost carton sales owing to the alcohol ban.

A joint venture signed with Elopak in the year under review will allow Nampak to grow its footprint of gable top cartons in sub-Saharan Africa in the year to come, particularly in fresh and aseptic beverage markets.

The paper cluster improved its profitability margin to 16.7%, from 15.2% in the prior year, despite trading profit being 1% lower year-on-year at R158-million. The paper market benefitted from reduced imports for tobacco cases during lockdown across the operating regions of Nampak.