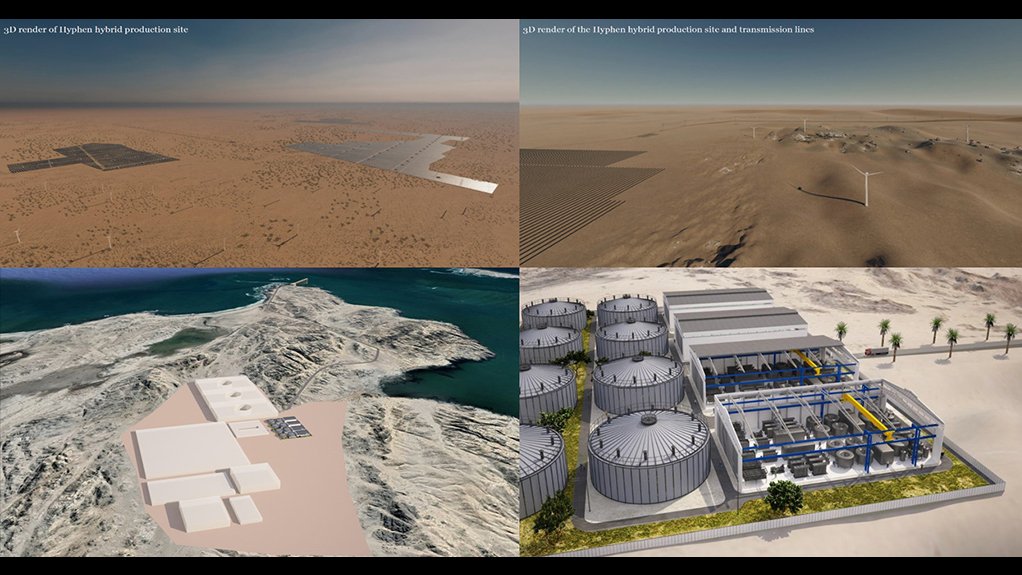 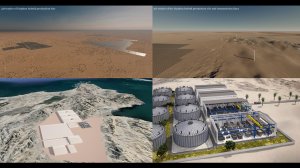 The Namibian government has stolen a hydrogen march on its larger neighbour South Africa announcing at COP26 the selection of HYPHEN Hydrogen Energy as the preferred bidder for a $9.4-billion green hydrogen project to be developed in the Tsau //Khaeb National Park, near the coastal town of Luderitz, in southern Namibia.

HYPHEN is a joint venture between Nicholas Holdings Limited, a strategic investment and infrastructure project developer, and ENERTRAG South Africa, a unit of an independent German energy company that has a portfolio of renewable energy projects and which has also been producing green hydrogen since 2011.

Following a competitive tender process, Namibia announced that HYPHEN had been selected as the preferred bidder to build a vertically integrated project able to produce 300 000 t/y of green hydrogen and green ammonia for export into regional and global markets from 2026 onwards.

Once the feasibility study is concluded and the project reaches financial close, HYPHEN will have the right to construct and operate the project for a 40-year period.

Speaking during an event hosted at the COP26 Commonwealth Pavilion on November 4, Presidential Economic Advisor James Mnyupe said the project was closely aligned with the Namibian government’s vision for green hydrogen and for the Karas region, in southern Namibia.

Mnyupe said that, while a large focus would be on exporting to Europe, there was also potential to sell some of the output to neighbouring countries, to “take advantage of the vision that our leaders have for the African Continental Free Trade Area”.

“A lot of our neighbours have been contacting us – Angola, South Africa and Botswana – to ask how this project can be integrated into the Southern African Power Pool,” he reported.

HYPHEN CEO Marco Raffinetti said that the first $4.4-billion phase of the project would involve the building of 2 GW of renewable-electricity generation capacity, as well as the electrolyser capacity to produce green hydrogen for conversion into green ammonia.

The project will use desalinated water, part of which will be supplied to communities in nearby Luderitz.

Further expansion phases in the late 2020s would raise the total investment value to $9.4-billion, which was almost in line with Namibia’s current gross domestic product.

Once complete the integrated facility would have a renewables generation capacity of 5 GW and electrolyser capacity of 3 GW, with surplus electricity capacity to be fed into the Namibian grid and potentially into the regional power pool.

“The Tsau //Khaeb National Park is among the top five locations in the world for low-cost hydrogen production, benefiting from a combination of co-located onshore wind and solar resources near the sea and land export routes to market,” Raffinetti said.

HYPHEN director Dr Tobias Bischof-Niemz, who is also ENERTRAG South Africa CEO, described the investment as a “milestone” in Namibia’s ambition to be a leading international producer of green hydrogen.

This ambition, Bischof-Niemz added, would not only facilitate the full decarbonisation of the Namibian economy but support the decarbonisation efforts of other countries, which were turning their attention to the hard-to-abate sectors of marine and land freight, steel, chemicals, fertilisers and cement.

It was also viewed as a pioneer project in a far larger green hydrogen push being driven by Namibian President Hage Geingob and the Namibian Investment Promotion and Development Board, which indicated planning was under way for yet more competitive green-hydrogen tenders.

“This is exactly the type of investment the board aims to attract as it is directly aligned to our mandate of unlocking investment opportunities that drive the economy forward, and most importantly, improve the quality of life for all Namibians,” Namibian Investment Promotion and Development Board CEO Nangula Uaandja said.

The project announcement comes as South Africa is seeking to accelerate its own green hydrogen efforts at a proposed new special economic zone (SEZ) called Boegoebaai, across the border from Namibia.

President Cyril Ramaphosa has argued that Boegoebaai could bring South Africa and Namibia together as the two Southern Africa countries move to secure a piece of the green-hydrogen export market.

Speaking at an infrastructure conference in October, Ramaphosa said that there could be enormous industrial benefits for both South Africa and Namibia as a result of the growing global appetite for green hydrogen and derivative products.

However, the HYPHEN project places Namibia in pole position, even though South Africa also has some emerging green hydrogen plans for the eastern side of the country, including projects being pursued by Sasol and the so-called Hydrogen Valley project, being spearheaded by Anglo American Platinum, Bambili Energy and Engie Energy Services.