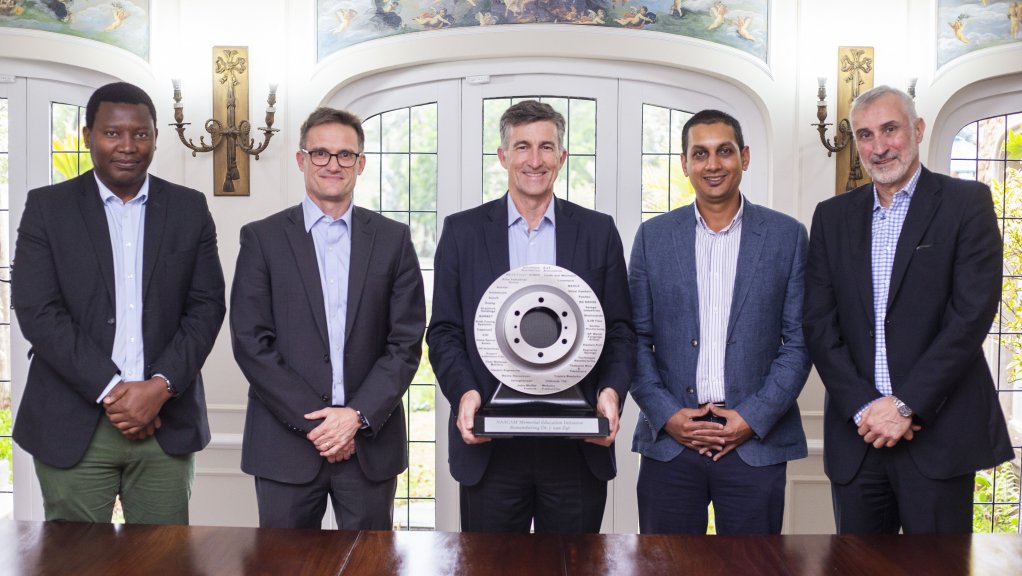 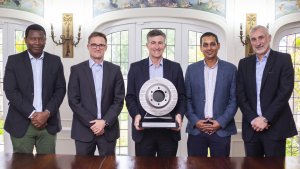 The National Association of Automotive Component and Allied Manufacturers (Naacam) has announced it will provide a full manufacturing-focused MBA scholarship at the Toyota Wessels Institute for Manufacturing Studies (TWIMS) for its intake in 2022.

The one-off scholarship will be awarded in memory of Dr Johan van Zyl, the former chairperson of both Toyota South Africa and TWIMS.

R400 000 has been raised from amongst Naacam members to provide the 100% scholarship.

As a token of the initiative, Naacam leaders presented a brake disc engraved with the names of the Naacam members that donated to the initiative to Andrew Kirby, president and CEO of Toyota South Africa, and the new chairperson of TWIMS.

Kirby acknowledged the gratitude of Toyota SA in having Van Zyl recognised in this manner, and mentioned that “this was another great example of the supportive working relationship that existed between Toyota and its supplier base in South Africa and is a wonderful way to honour and remember the remarkable contribution Dr Van Zyl made in the field of industrialisation and education”.

Speaking at the handover event, Naacam executive director Renai Moothilal stated: “Dr van Zyl was not only a leader of Toyota, but contributed significantly to ensuring South Africa was increasingly positioned as a globally recognised producer of automotives. Domestic component manufacturers are better off because of those efforts.”

The 27-month programme covers part-time study in a format that allows the delegate to minimise time away from the work environment. GIBS, in partnership with TWIMS, has developed a range of manufacturing-specific courses for its manufacturing-focused MBA.

TWIMS was established through the support of the Toyota SA Education Trust. Van Zyl initiated the establishment of TWIMS in 2015 and was a key driver of its establishment. Justin Barnes, TWIMS’ executive director said that it was through “Dr Van Zyl’s vision and support that TWIMS was established, and it was under his inspirational leadership that we were able to grow and prosper.”

As the chairperson of TWIMS, Van Zyl’s advocated for the development of ‘monozukuri’ in Africa. Roughly translated, this means 'pride in making things' in Japanese. As Van Zyl often pointed out, it was through ‘monozukuri’ that Asian economies, such as Japan, South Korea, and more recently Thailand, developed their productive capabilities and ultimately their economies.

He supported the need to start building a similarly deep culture of manufacturing in Africa, noting that it had the potential to fundamentally transform African society.

He saw the need for highly skilled engineers and production managers to lead and manage complex manufacturing businesses that could compete internationally, hence his drive to establish TWIMS, and its associated partnership with GIBS, which delivers the only manufacturing-focused MBA programme in Africa.