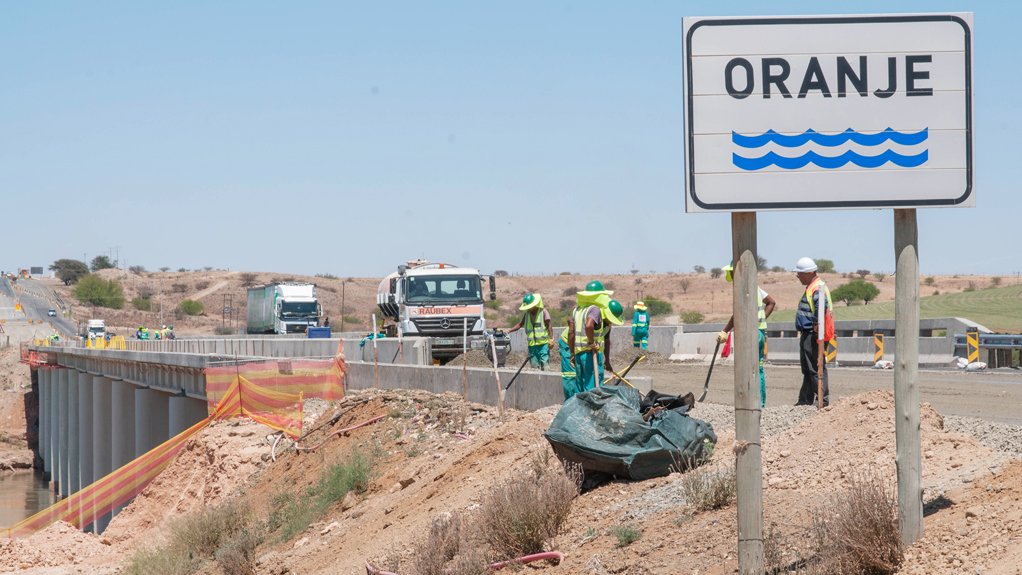 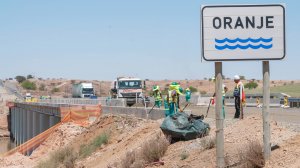 The South African National Roads Agency Limited (Sanral) has identified two bridges on the N12 outside Hopetown, in the Northern Cape, that are being widened and improved, thereby increasing their life span, and the bridges are expected be opened to traffic in February next year, says project manager Tiago Massingue.

The N12 is a key transit route that links Kimberley and the surrounding Northern Cape towns to Cape Town and the greater Western Cape. Construction work also includes repairing the bridges to allow for safer passage of traffic, as well as an extended pedestrian walkway along the route.

Many pedestrians from surrounding communities walk alongside this road to access the local fuel station and convenience store, often placing themselves at great risk from fast-moving traffic and the improved pedestrian walkway will help ensure safety, he says.

He tells Engineering News that improved traffic flow, along with dedicated areas for bicycles and pedestrians, stronger parapet systems and guard rails with effective emergency areas have created a much better environment for users of this economic artery.

The project started in September 2016 and is valued at R100-million, with more than R15-million spent on salaries to date. Seven subcontractors were used on site, with the project being 95% complete, he adds. The original bridges were built in 1958 and 1985, spanning 31.2 m and 320 m respectively.

The upgrades on the bridges were needed to ensure the continued safety of the structures, as well as an improved road-user experience, Massingue comments. As the local population grows and businesses expand, upgrading infrastructure becomes extremely important, he adds.

While the smaller of the two bridges has little or no water running underneath it, the other spans over the Orange river.

“This bridge posed significant challenges for construction workers in terms of safe access and they had to work hard to mitigate the environmental impact of building access routes around the area. This, along with the significant height at which some of the operations were carried out, required work of the utmost precision, frequently testing the nerves of those involved.”

Further, Massingue mentions that the placement of beams on the widened section was a challenge. He explains that, owing to the need to manage continuously the river flow as per the environmental requirements, there were a few two-hour closures to enable the contractor to place the beams from the top of the bridge.

“The management, maintenance and upgrade of the national road network are of vital importance, not only for national infrastructure growth and development, but also local economic development.”

Massingue puts forward that the project was more than just a road construction project and providing temporary work opportunities for the local community of Hopetown. The basic skills needed for construction work are often very limited, so rather than excluding local residents from work opportunities, Sanral has partnered with its consulting and contracting engineers to provide training and upskilling for the local workforce.

Ten training programmes were offered, including first aid, fire-fighting, basic rigging and slinging, scaffold erecting, traffic safety and working at heights. The working-at-heights course was by far the most popular course and was attended by 74 workers, he highlights.

“The skills and knowledge that the local community has acquired will stand them in good stead as they pursue future developmental and economic opportunities in the construction industry and beyond. Sanral is committed to leaving a legacy of empowerment and capacity building . . . long after the various road construction projects have been completed,” Massingue concludes.