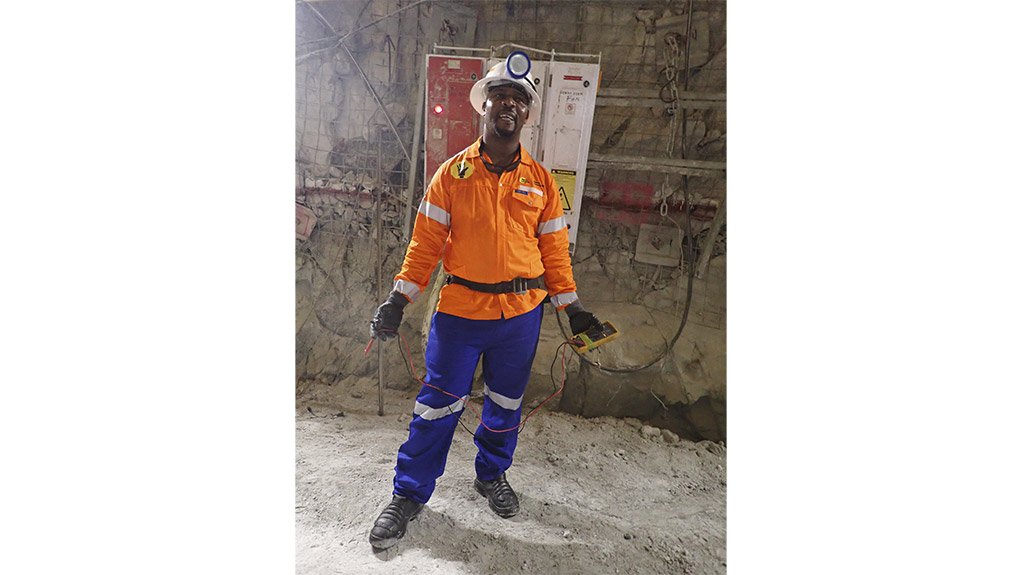 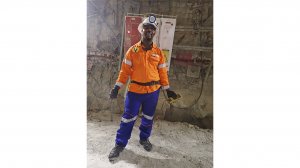 Abram Sebola, who has been working for Murray & Roberts Cementation since April 2015, is the second local artisan produced from the company’s team at the Venetia Underground Project (VUP) near Musina in Limpopo province

As Murray & Roberts Cementation continues to push skills development throughout its projects, local community member Abram Sebola has recently graduated as a qualified electrician from the company’s learnership scheme.

Sebola, who has been working for Murray & Roberts Cementation since April 2015, is the second local artisan produced from the company’s team at the Venetia Underground Project (VUP) near Musina in Limpopo province. He began his three year apprenticeship in 2019. The company has been the lead contractor on the VUP project since 2014, which includes the sinking, equipping and commissioning of two vertical shafts and a decline shaft.

“The highlight of my journey towards becoming an artisan has been the vast knowledge that I have been exposed to in the electrical field on this project,” he says. “I have also been exposed to different working areas, and different supervisors; this has assisted me in establishing valuable relationships with different role-players on all levels – helping to make my journey interesting and full of learning.”

His interest in the electrical field had developed while working as an engineering assistant on VUP, and he successfully applied to his employer to become an electrical apprentice. According to Murray & Roberts Cementation chief engineer at VUP, Shadrack Ntsele, the company provides accredited training at its world class facility at Bentley Park near Carletonville. Practical aspects of Sebola’s learnership were then conducted under qualified supervision on site.

Murray & Roberts Cementation has since the inception of the project developed employees from the local labour sending area not only in the engineering field but has also assisted individuals to obtain their blasting tickets. Ntsele explains that this forms part of the on-site development model where the objective is to recruit at the lowest levels and develop higher level skills from within the project, ensuring that employees get the opportunity to progress from general worker to utility vehicle driver, dump truck driver all the way to LHD operator and beyond.

“By following this model, we contribute to the continuous upliftment of the local communities in the area,” he says. “We value all our employees, and it gives us great pleasure to see them grow with our project.”

Sebola says he looks forward to sharing knowledge with others as he applies his trade in his future career.

“Of course, I still feel quite new in my status as a qualified artisan, and will focus on gaining experience in the next few years,” he says. “I hope that the hard work I put in from my side will help ensure that we can grow the Murray & Roberts Cementation brand at Venetia.”

Having achieved this life-changing milestone, his advice to others is to invest their time in something they are truly committed to. “When you are passionate about something, working on this will result in you being happier with your life,” he says.