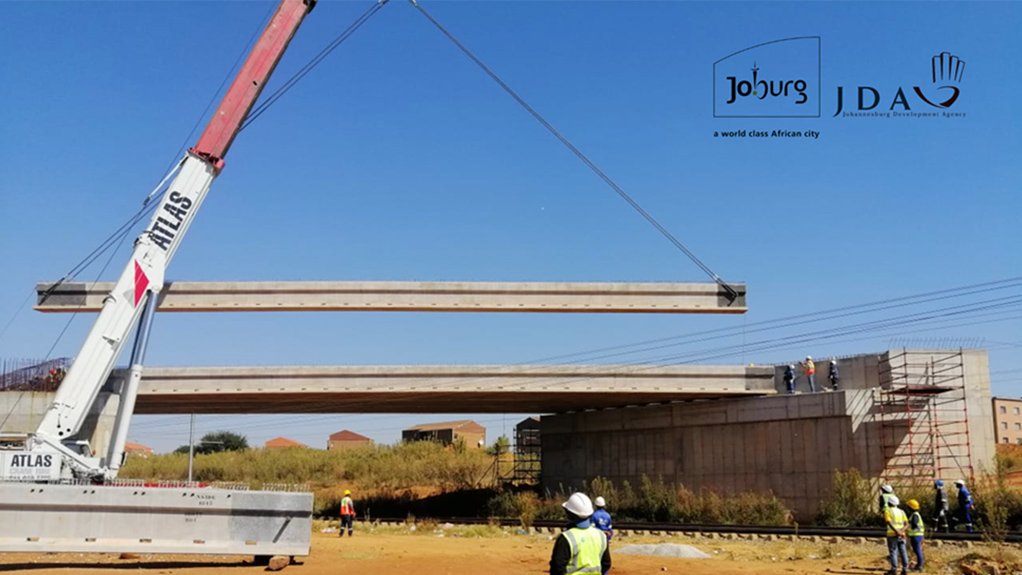 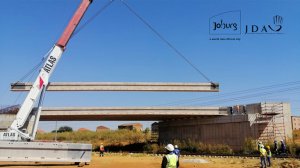 Improved connectivity and mobility are imminent in the Jabulani Node in Soweto, upon the completion of the Molapo bridge, the City of Johannesburg says.

Now 80% complete, the bridge will connect the community of Molapo to the Jabulani Node and the Jabulani central business district (CBD).

It will also create a socially and economically integrated future for the two Soweto communities who have been separated by a railway line.

The Jabulani Node was identified as one of the city’s signature projects for using Transit-Oriented Development (TOD) as a catalyst to accelerate socioeconomic development, by revitalising a neighbourhood for residents, commuters, businesses and visitors.

The Johannesburg Development Agency (JDA), on behalf of the city, has been implementing the construction of the bridge which forms part of Phase 7 of the Jabulani Node in Soweto, Region D.

The scope of works for the construction of the bridge includes extending and upgrading an existing pedestrian bridge at the Inhlazane train station, building a new pedestrian and vehicular bridge over a railway line and new approach roads and public environment upgrade.

The Molapo bridge is not only a catalytic measure to create an economically viable, integrated environment that connects people with opportunities to live, work and play, it is a project in alignment with the JDA’s objective of supporting the growth and development of strategic economic nodes into high quality, investor-friendly and sustainable urban environments, the city states.

The Jabulani TOD is being undertaken in seven phases and is currently at Phase 5, Phase 6B and Phase 7 of development.

“The introduction of the Bolani bridge will see the Jabulani Node become a more sustainable development in the area, allowing a socially and economically integrated environment between these two communities of Ward 33 and 34.

“This project is another example of how the city is producing safe, attractive, liveable environments which will promote improving social cohesion and encourage further investment,” Development Planning MMC Thapelo Amad says.