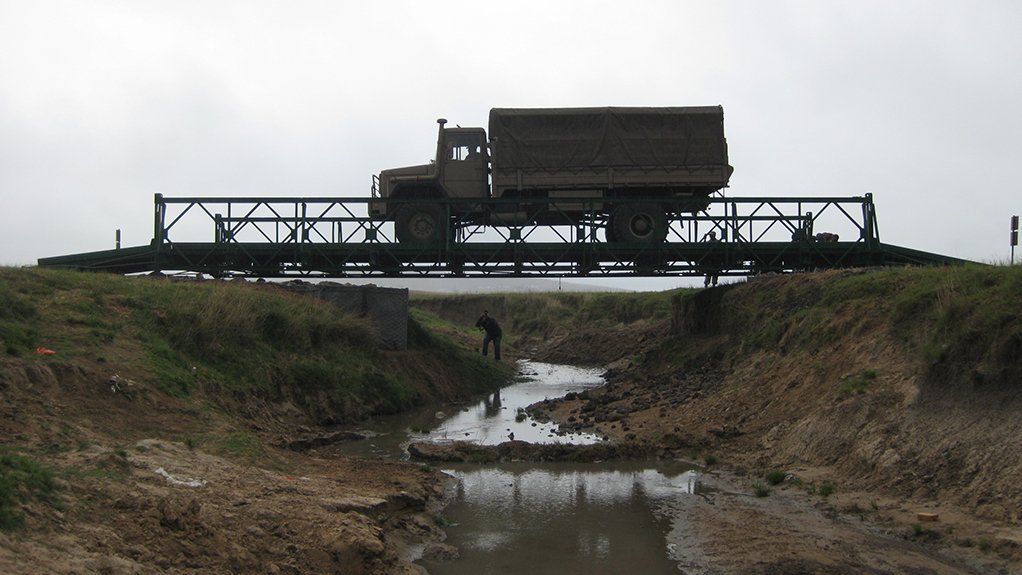 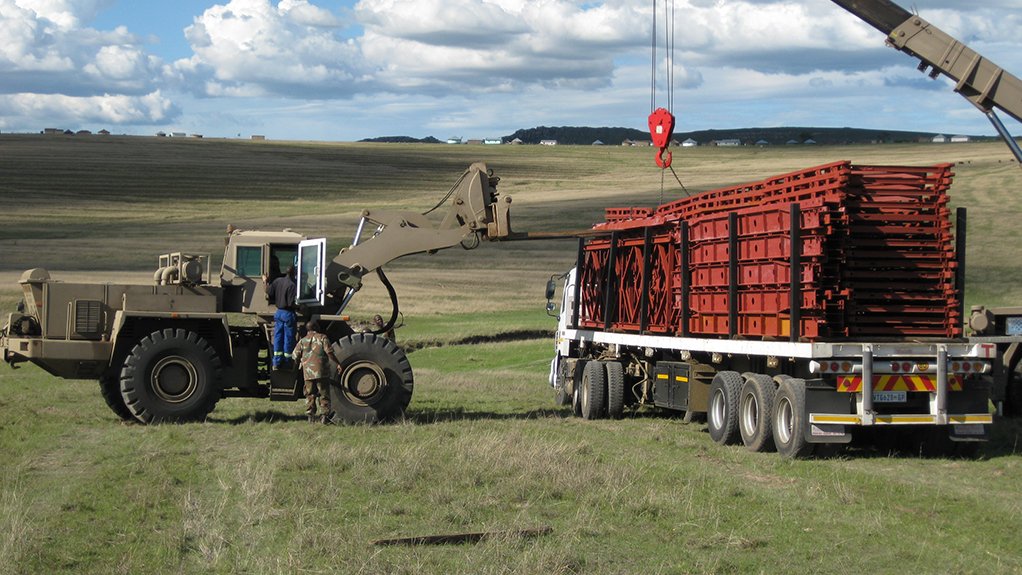 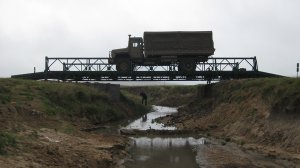 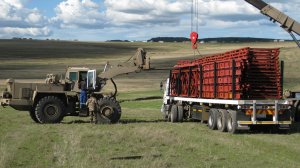 OVER TROUBLED WATERS The bridges help to prevent incidents of drowning and attacks on pedestrians
BUILD A BRIDGE The bridges are transported as disassembled components, with the assembly and building of the bridges being fairly swift

Machinery and tools supplier Bosch Specialised Equipment (BSE) has successfully delivered 11 new modular panel bridges to Dunnottar Military Base in Nigel, in Gauteng, which will, in turn, be delivered to various locations across KwaZulu-Natal, to be erected over the next 18 months.

BSE director Elliot Marcinko explains that BSE has been manufacturing bridge components from scratch since 2017, consequently becoming the sole manufacturer of the World War Two Bailey-style bridges in South Africa.

“We have supplied and erected more than 14 bridges in the Eastern Cape. Our latest project has resulted in our moving to the Greytown area, in KwaZulu-Natal,” he tells Engineering News.

BSE, which is a member of the South African Institute of Steel Construction, is contracted by the Department of Public Works and Infrastructure (DPWI), through the South African National Defence Force (SANDF) Engineer Formation, to erect the bridges as part of a national project aimed at increasing accessibility.

The first of BSE’s bridges were erected in 2009, a project whereby the company would refurbish old components from the SANDF’s inventory using existing stock, and then manufacture the parts that were still required, thereby completing a modular bridge. This method was pursued until 2017, when BSE began manufacturing new components.

The bridges are designed to be erected using manual labour in as little time as two weeks, while being strong enough to carry battle tanks. Marcinko explains that, because of the modular nature of the components, it is possible to span up to 60 m of the bridge with a 60 t capacity in standard multiple formats. The length and loading specification can be increased using specialised designs, he adds.

Moreover, the parts can also be used as supports, placed in an upright position, to carry suspension bridges for pedestrians, thereby making the system more versatile for pedestrian or vehicular purposes.

“The true value of these bridges is difficult to quantify, since each bridge connects previously disconnected areas to amenities such as schools, clinics, workplaces and shops, thereby improving the overall quality of life for individuals,” Marcinko claims.

The bridges also help to prevent drowning and attacks on pedestrians, while the potential for job creation is significant, he adds.

“We have managed to keep steel mills operational, employ welders, painters, joiners, and many more skilled labourers for these projects.” He claims that it is estimated that 100 bridges can sustain a steel mill for one year.

Marcinko says it is a priority that the bridges are 100% locally made. When sourcing ground materials, BSE uses local suppliers in the area where the bridges are to be erected to achieve community involvement and infrastructure improvement nationally.

BSE is the civilian component of a joint project involving the SANDF and DPWI, which, in turn, is part of a greater project to connect communities with essential services.

“The bridges are integral to achieving that goal,” Marcinko says.

BSE not only designs and builds the bridge components but also provides the full spectrum of tools and ground material for embankment preparation, while the SANDF is responsible for all the groundwork and erection of the bridges.

The DPW is responsible for project management.

The process for the deployment of bridges starts with the SANDF providing a scope of work and scouting out the terrain for the bridges. This information helps BSE to determine the groundwork needed for each site, such as sand, stone, cement and gabion baskets, as well as the size of the bridge.

Thereafter, the bridge is assembled out of common parts, with all parts being interchangeable. Therefore, the bridges are transported as disassembled components, with the assembly and building of the bridges being fairly swift.

“The SANDF can easily build or knock down a bridge in a day if needed,” says Marcinko.

However, when bridges are installed in communities, there is some additional preparation to ensure that the bridge is firm. This involves using gabion baskets for stone pitching, as well as concrete bases on either side. This kind of preparation can take up to two weeks.

Marcinko explains that Covid-19 has created a few challenges – particularly the lack of continuity in the supply of steel. He believes that this can be overcome through the bulk buying of steel and contracted supply.

“With the travel restrictions in place, it has been difficult to have strategy meetings and progress planning without being able to visit sites. Moreover, materials have been in short supply, as many companies had to close or were not deemed essential,” he laments, adding that the most significant setback was that the hiring of civilians had to be stopped and only military personal where allowed on site.

Although BSE has continued producing during lockdown, minimising job losses has also been a challenge.

“We see ourselves as an emergency element, as the communities need safe access to clinics and emergency services during this time. Going forward, we hope that there are no major breaks in supply lines so that we can continue to manufacture and deploy bridges,” Marcinko concludes.