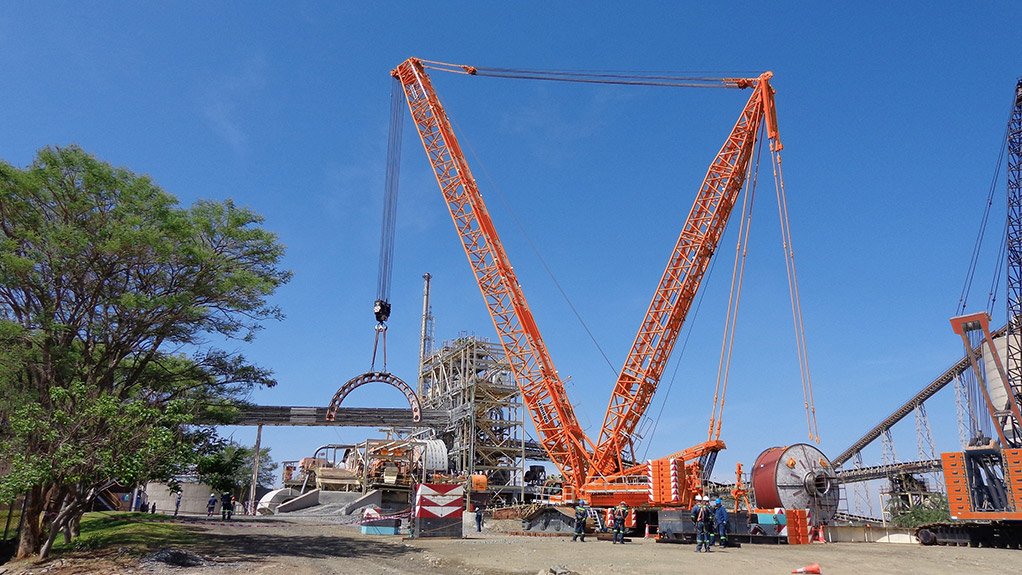 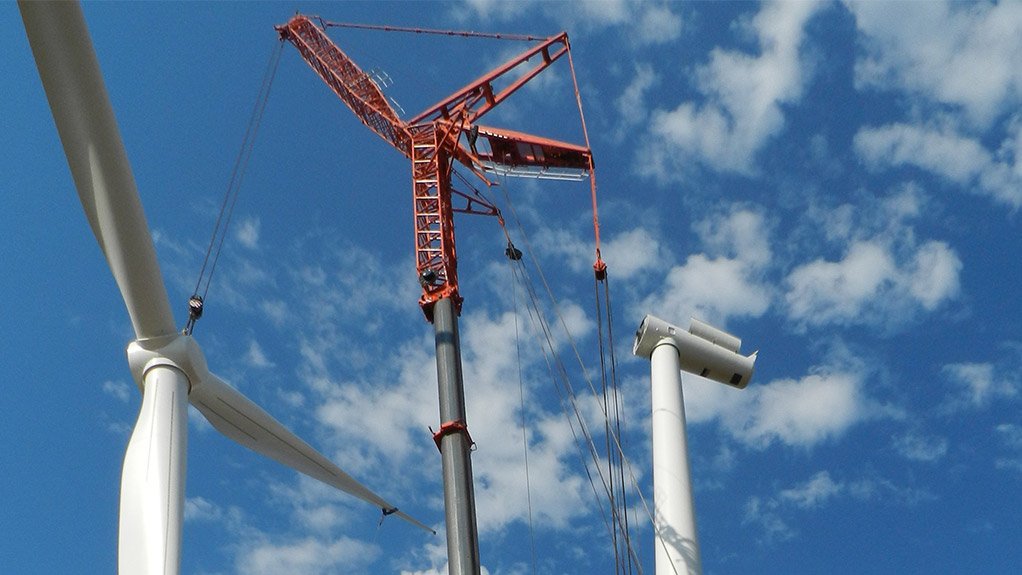 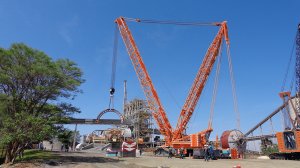 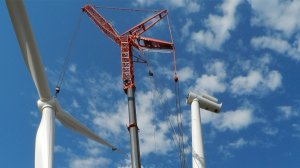 JCH’s scope of work was to remove an old mill weighing 225 t, with a radius of 31 m, and to replace it with a new 170 t mill. The project was completed following two years of planning and engineering.

JCH started working on site in September last year and deployed a 250 t crawler crane on site. The crane was used to assemble the new mill, which houses components that weigh between 60 t and 70 t each.

JCH later imported an LR 1600/2, which is a 600 t crawler crane, from Europe to remove the gears and the old mill and install the new mill. The project started on September 29 and was completed on October 22, 2014.

Significant Investment JCH sales executive Peter Yaman tells Engineering News that, last year, the company completed a R600-million, four-year fleet replacement programme, which made it possible for the company to own and operate South Africa’s largest crane fleet of 270 cranes.

The investment includes the addition of capital equipment to the company’s top-end fleet, with a focus on modernising JCH’s product offering. The upgraded fleet now includes lattice boom crawler cranes, ranging from 200 t to 750 t; hydraulic boom crawler cranes, with capacities of 100 t to 220 t; and a 750 t lattice boom truck-mounted crane, which is specified for the wind-energy industry, among other industries.

He adds that some alternative solutions include jacking and sliding, hydraulic gantries, strand jacking and self-propelled modular trailers (SPMTs). SPMTs are used for transporting extremely heavy or abnormal equipment such as large bridge sections, oil-refining equipment, and other equipment too big or heavy for conventional trailers.

“All our lifting equipment is kept in peak condition through regular, proactive maintenance schedules and ongoing load testing and inspections. We are also an accredited training institution, so we train our drivers regularly, [which ensures] our equipment’s safety.”

Yaman tells Engineering News that drivers need to be certified to drive every crane they operate, which is something JCH prioritises. “We also ensure that we have certified and roadworthy vehicles, as we adhere to the highest health and safety standards in the industry.”

JCH has branches in Burgersfort, Lephalale and Mokopane, in Limpopo; Cape Town, George and Saldanha, in the Western Cape; Durban and Richards Bay, in KwaZulu-Natal; Johannesburg and Vanderbijlpark, in Gauteng; Middelburg, Trichardt and State-owned power utility Eskom’s Kusile power plant, in Mpumalanga; Rustenburg, in the North West; Port Elizabeth, in the Eastern Cape; and Khathu, in the Northern Cape.

The company also has a subsidiary in Botswana called Johnson Crane Hire Botswana.

“We have noted that companies are building bigger components off-site and are having them delivered ready for installation, which reduces erection and construction work on site.

“This has made the necessity for our line of work even more apparent – hence, the investment in providing bigger and modern equipment,” highlights Yaman.

He adds that some of the latest projects that have used JCH’s enhanced fleet include a wind-energy project, in the Western Cape, where wind turbine components of up to 100 t were lifted to a height of 80 m.

JCH is currently undertaking a new headgear installation project at a local diamond mine, where a 184 t headgear will be lifted, as well as a 143 t lift for a project in Durban. At the same site in KwaZulu-Natal, JCH will supply an additional 40 cranes for the project.