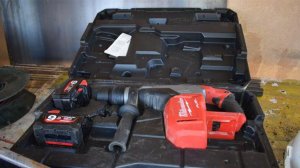 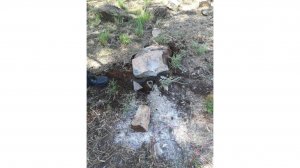 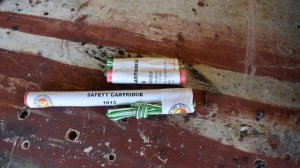 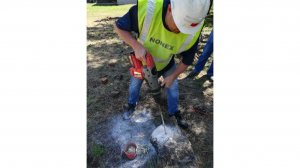 Blasting and drilling is one of the most hazardous operations undertaken at mines and quarries. In a bid to make this safer, faster, and more efficient, Nxco Mining Technologies has entered into a partnership with leading supplier Upat to introduce a revolutionary new technology based on its Nonex™ RockPoppers and the Milwaukee M18 CHM drilling and breaking hammer.

Here the Milwaukee M18 CHM drilling and breaking hammer is used to drill the blastholes required for its proprietary Nonex™ RockPoppers.

The RockPoppers consist of 13mm cartridges with net explosives quantities of 5 and 10g each, and is ideal for breaking up boulders of up to 1m3. Traditionally, these were broken up manually using hammers and high explosives, which is inefficient and dangerous, Barnard points out.

“This new approach to drilling-and-blasting is highly flexible and effective in reducing inadvertent rock piles to a more manageable size, without endangering any mine workers.”  One of the biggest advantages of using RockPoppers underground is the added safety in terms of noxious gases. The noxious gases measured gives 14ppm CO per blast – which implies the RockPoppers can be used in-shift.

The rest of the range available from Nxco Mining Technologies consist of 28, 34, 42 and 60mm cartridges ideal for both large-scale rock blasting. Up to 42mm cartridges can be used with the Milwaukee M18 CHM drilling and breaking hammer.

In addition, the REDLINK PLUS™ intelligence system allows for advanced digital overload protection for both the tool and battery, with tool performance enhanced under load for extra performance. The high-demand 9.0 Ah REDLITHIUM-ION™ battery pack delivers up to five times more run time, up to 35% more power, and up to two times more battery life.

The system is currently being trialled at one of the largest gold-mining groups in the Free State. Barnard highlights that a key growth opportunity is small-scale artisanal mining, which has traditionally used hammers and pre-historic rock breaking methods.

A major problem has been finding a drilling and breaking hammer up to the task, with competitor products not proving to be a match for the Milwaukee M18 CHM, which remained in pristine condition after 32 blastholes in one test, Barnard stresses.

“The drill bits are superb. Another demonstration involved carrying the Milwaukee M18 CHM 2.7km underground to the development face, where it worked on-and-off underground for a month. The fact that it is cordless is a major advantage, with a rate of five to eight blastholes per battery,” Barnard elaborates.

For the RockPopper technology to work optimally, drilling discipline is very important. A bad drill will result in a bad blast. It is equally important to place the cartridges at the bottom of the hole and to stem efficiently. The Milwaukee M18 makes smooth work of drilling these blast holes, ensuring quality and speed of work.

c was established in 2001 to develop and commercialise propellant-based rock-breaking technology for use in mining and civil applications globally. Its production facility in Pelindaba, Pretoria manufactures and assembles the propellant-based cartridges.