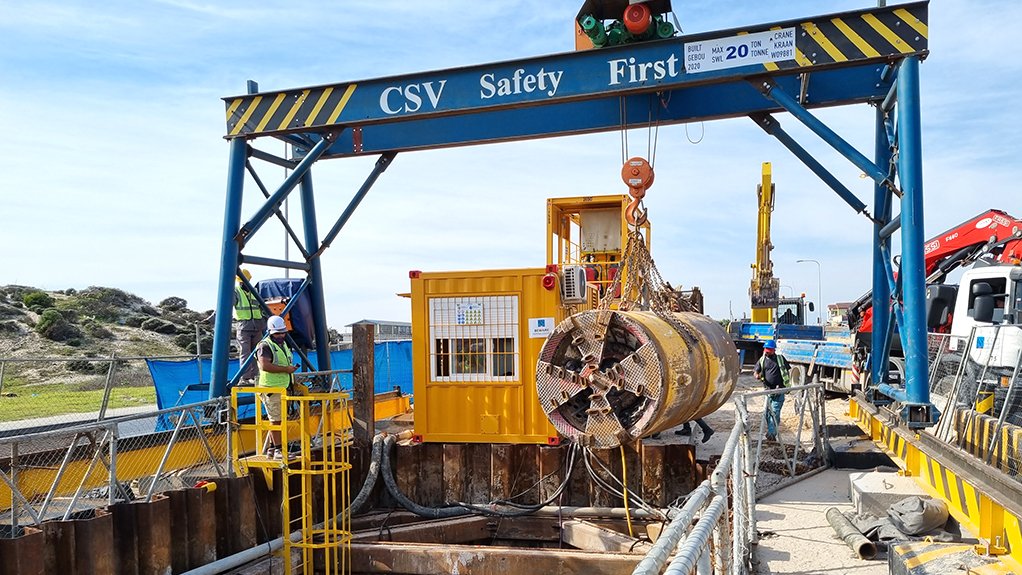 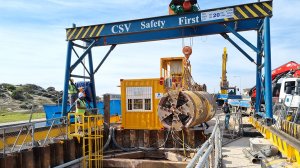 Microtunnelling allowed for construction of the project – in Mitchell’s Plain, in the Western Cape – with minimum disruption.

Following the completion of microtunnelling, the existing pipelines will be connected to the newly constructed lines and, subsequently, to a wastewater treatment works collection chamber.

The project is part of the larger Kosovo Informal Settlement Upgrade Project, and assists in the developing and creating of housing opportunities for the Farm 694 project, as well the existing crossover settlement in the surrounding area. It will also be to the benefit of future development and upgrade of the region and alleviate capacity constraints within the greater Mitchell's Plain area and its catchment area.

The project entails the replacement of an existing degraded 2.4-km-long and up to 8-m-deep concrete sewer pipeline with a 1 200 mm- and 1 350 mm-diameter concrete sewer pipeline with a 3 mm high-density polyethylene (HDPE) lining. Construction includes all the associated structural manhole chambers, various live connections and installation of a new collection chamber at the Mitchell’s Plain Wastewater Treatment Works, explains Osborne.

A new sand trap structure along the sewer pipeline is also being constructed to remove grit and debris.

This process was prolonged by incomplete as-built information and unknown existing services, which, in turn, created delays in the project design and construction.

For example, an existing stormwater line was discovered, which had to be rerouted through microtunnelling to allow for the construction of the microchannel sewer line.

Carstens explains that, while most projects in Africa are done through open excavation, that method would be more difficult for the Farm 694 project, owing to its location in an existing built-up urban area and the length of the pipeline. Open excavation cost is of similar order of magnitude than microtunnelling, but more dangerous for construction workers and the surrounding communities, with various traffic and services disruptions.

By comparison, microtunnelling requires little open excavation, mostly for the manhole openings, which are used to lower the microtunneling equipment, making it safer.

The method also ensures that traffic, surrounding services and activities are less affected by the project or vice versa: “By doing microtunnelling, we’re going below schools terrains, intersections and other services structures that would be impacted on by open excavation,” explains Carstens.

However, the process does require that caution be exercised so that existing infrastructure above and below ground are not damaged, Carstens concludes.