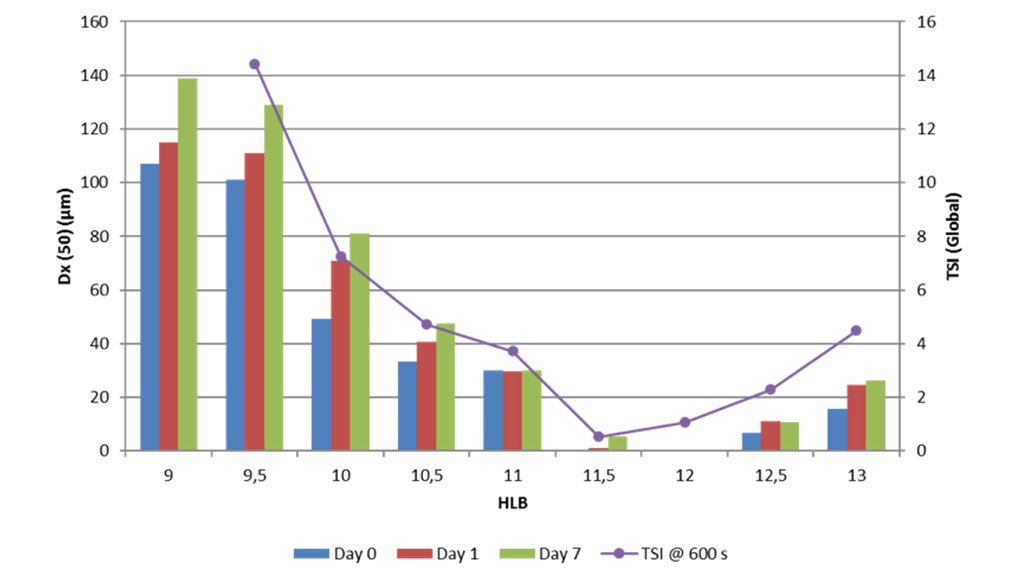 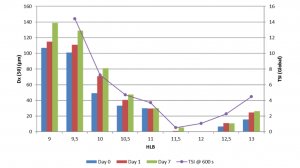 Metalworking fluids (MWF) are used to aid the process of metal machining, mainly by providing lubrication of the workpiece and tool, by providing cooling and corrosion protection. Many different MWF formulations are needed for the vastly differing needs under varying operating conditions.

The make-up of a typical metalworking fluid emulsion is a dilution of 5 to 10 volume-% mineral oil concentrate in water. This water could be tap water, with whatever water hardness the local source offers, of demineralised (Demin) or reverse osmosis (RO) water which is very soft. The mineral oils content is high, typically 60-80% of the concentrate, and the remainder being oil soluble additives: emulsifiers, lubricity additives, corrosion inhibitors, biocides, antifoams and mist suppressants.

Naphthenic base oils provide several advantages to MWF formulations. High solvency allows for the dissolution of high amounts of additives and contributes to increased emulsion stability. Emulsion stability is key to metalworking fluid (MWF) usefulness - if the emulsion breaks, it has ceased to function. Investigations of the relationship between formulation and emulsion stability thus is a first step towards a better understanding of the complex chemistry of a fully formulated MWF. We sought to understand how the properties of the base oils, especially solvency (as indicated by the Aniline Point) would influence emulsion stability over test period up to one week.

A MWF soluble oil emulsion stability study was set up, comparing the properties of a naphthenic base oil, versus three paraffinic type base oils of similar viscosity, ca. 20 cSt (100 SUS) at 40 °C. NYNAS® T 22 is a good example of the quintessential “100/100” metalworking fluid oil, having a viscosity of 100 SUS at 100 °F. As Group I oils we picked a traditional SN 100 base oil, and the NYBASE® 100, which is a Group I replacement base oil. A Group II base oil if similar viscosity was also included.

The solvency, as indicated by the Aniline Point (AP), varies across the base oils studied:

All emulsion concentrates were of the same oil content, with surfactants to make up the required HLB value. The concentrate was added to the water at ca. 5 v/v-% and sonicated at low power for three minutes.

The soluble oil emulsion droplet size distribution (DSD) was determined at three different times. The droplet size was measured at high dilution by a Malvern Mastersizer 3000 E. In Figure 1, the droplet size distribution statistical Dx50 mean value is plotted versus HLB. These graphs typically will show an “U”-shaped minimum where the emulsion droplet size, is the smallest, and hence at which HLB the most stable emulsions are formed. Similar plots were obtained for the Group I, NYBASE® new range Group I replacement, and Group II formulations. For the more paraffinic oils the optimum HLB was close to 10, but the value of the minimum droplet size was in no case below 10 µm, more than 20 times larger than for the naphthenic NYNAS® T 22 oil.

An increase in mean droplet size over time is observed: Day 0 (blue bar), Day 1 (red bar) and Day 7 (green bar) in general show increasing droplet size with time. Since an increase of droplet size is the earliest warning sign and the first steps towards coalescence and emulsion break-up, this is very interesting information.

The emulsion stability was also determined by light back scattering utilizing a Turbiscan LAB, measurements at actual concentration “as-is”. The Turbiscan Stability Index (TSI) was utilized to characterise emulsion stability. The TSI development during the first ten minutes after sonication is shown for nine samples with HLB from 9.5 to 13. The most stable properties for the NYNAS® T 22 based emulsions were found around HLB 12, similar to what the droplet side distribution (DSD) experiment indicated (Figure 1). The “U-shape” of the DSD is mirrored by the TSI values (the thin purple line).

In this study, we set out to investigate different parameters affecting the primary emulsion stability of model metalworking fluids. We could determine the optimal HLB value for the different base oils and could also observe large differences in emulsion stability. The primary contribution to stability, as demonstrated by a low (1 µm or less) mean droplet size, was found to be solvency; the lower the Aniline Point, the more stable the emulsion formed. The naphthenic base oil emulsions display the highest stability, followed by the Group I base oils, then Group II.

Two complementary methods for the determination of droplet size were utilised to study emulsion stability, and the two methods yield comparable results.

We could determine a preferred HLB value for each base oil type.  This was found to be about two (2) units higher for the naphthenic base oil compared to the paraffinic Group I and II base oils and this would serve as a rule-of-thumb recommendation.

Increasing the fundamental understanding of important oil and emulsion properties is a useful tool for formulators and developers in different parts of the world, where the choice of base oils available may be bewildering.