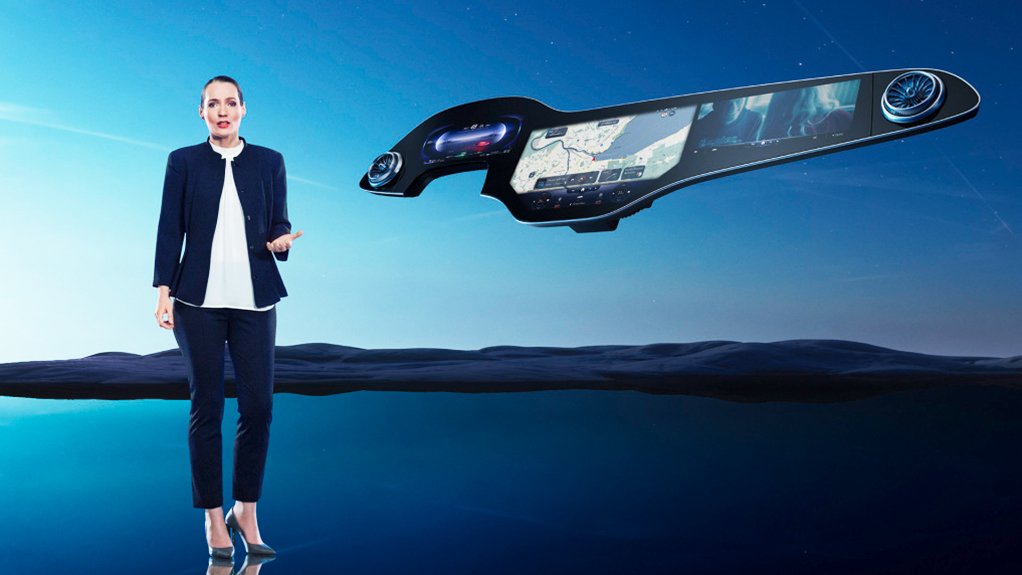 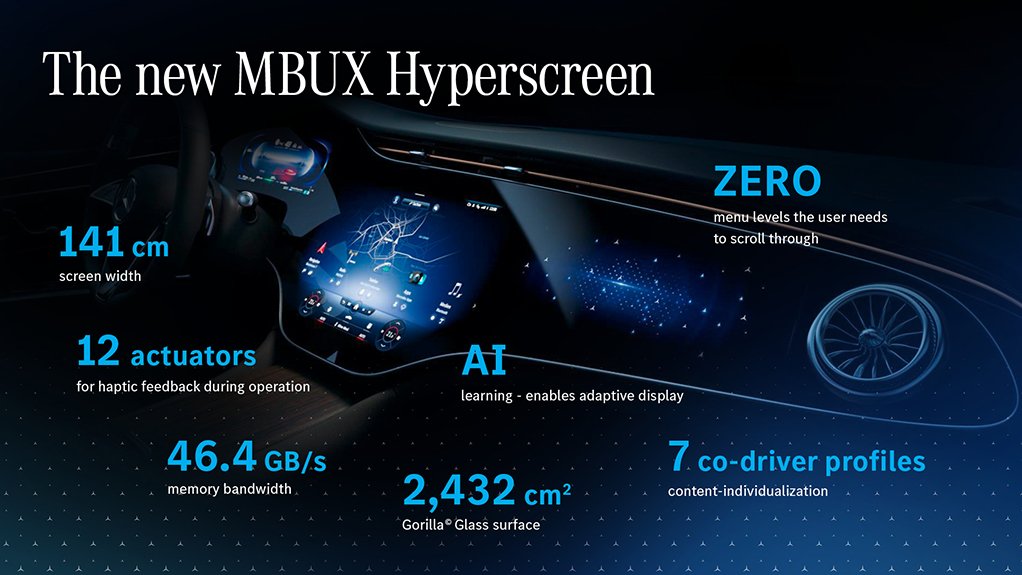 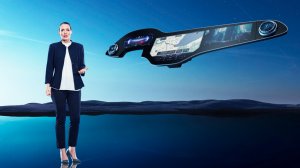 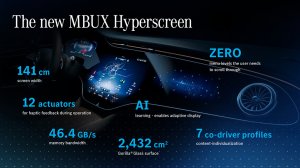 From a manual radio, to a single in-car touch screen, to a large, easy to operate, curved 141-cm screen that reaches from one side of the car to the other. Also add to this the fact that the system is willing to learn through the use of artificial intelligence (AI).

This is the evolution of the in-car information and entertainment system, incorporating the instrument panel, traditional centre screen, and a new added screen for the front passenger, into one continuous digital screen.

The Mercedes-Benz’s MBUX Hyperscreen is set to make its debut in the new EQS electric vehicle, set to launch later this year in selected global markets.

“With our MBUX Hyperscreen a design vision becomes reality,” says Daimler group chief design officer Gorden Wagener. “We merge technology with design in a fascinating way that offers the customer unprecedented ease of use.”

While the sheer size of the screen is new, the AI imbedded in the system also means that the software is capable of learning, with the display and operating concept adapting to the user, making personalised suggestions for numerous infotainment, comfort and vehicle functions.

The only analogue item (button-like system) in front of the driver are the air vents that are integrated into the large digital surface, connecting the digital and physical world.

Also, thanks to the so-called ‘zero layer’, the user does not have to scroll through any submenus or give voice commands.

The most important applications are always offered in a situational and contextual way at the top level, in view.

In this way, numerous operating steps are taken away from the EQS driver.

The MBUX Hyperscreen is also available to the passenger, who has his or her own display and operating area.

The passenger can even watch a movie, with technology preventing the driver from seeing what is happening on that particular part of the screen.

If the passenger seat is not occupied, the screen becomes a digital decoration.

"The MBUX Hyperscreen is both the brain and nervous system of the car,” adds Mercedes-Benz chief technology officer Sajjad Khan. “[It] continually gets to know the customer better and delivers a tailored, personalised infotainment and operating offering before the occupant even has to click or scroll anywhere.”

Personalised Suggestions through AI
In-car infotainment systems offer numerous and comprehensive functions. Several operating steps are often required to control them. However, in order to further reduce these interaction steps, Mercedes-Benz has developed a user interface with context-sensitive awareness, with the help of AI.

This means the MBUX system proactively displays the right functions at the right time.

For example, if the driver always call a certain friend on the way home on Tuesday evenings, the driver will be asked if or she wants to make that particular call at that specific time.

A business card with the friend’s contact information will appear, along with an image, if stored.

All MBUX suggestions are linked to the user's profile. If someone else drives the EQS on a Tuesday night, this recommendation will not be made.

Another example is that the chassis of the EQS can be lifted to provide more ground clearance, which can be a useful function for steep garage entrances, for example.

The MBUX hyperscreen remembers the GPS position at which the driver last made use of the function and, if the vehicle approaches this position again, the system will independently propose lifting the EQS.

The brightness of the screen also adapts the ambient conditions.