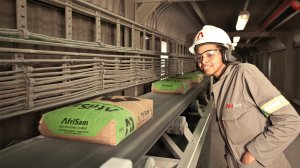 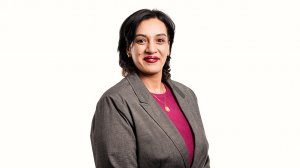 AfriSam’s Niraksha Singh discusses how mentoring and support are key in driving transformation.
NIRAKSHA SINGH Legacy issues and societal biases have played a huge role in slowing the uptake of women participation in the sector

Women will need to support and mentor other women in the construction industry as part of reshaping the mindset that the industry is male-dominated, says building materials company AfriSam mineral resource manager Niraksha Singh.

“This is necessary, considering that legacy issues and societal biases have played a huge role in slowing the uptake of women participation in the sector.”

While it is easy to blame it on, for example, a lack of education, promotion or apprenticeship programmes, Singh notes that the lack of women entering the profession is “because there are currently fewer women in the sector”.

While a career in construction “undeniably” offers numerous opportunities and benefits, she says there is still a long road ahead to balance the male to female ratio in the sector.

Since 1996, there has been a 7% increase in the number of women joining the industry, bringing women representation to about 11%, while male participation still hovers at 89%.

Perpetuating this preference towards hiring men in the sector is a recruitment bias which has favoured, and generally continues to favour men, Singh notes.

Company cultures generally advocate for this kind of male domination, she laments, noting that when entering the recruitment process, common practice is to consider someone who is assumed to be physically suited for the job.

The bias and perception are that men would be better suited, and stems from “parentalism”, where children are often raised within the culture that women are the weaker sex, and that their place is to maintain a household and raise children.

Women, Singh adds, are already changing perceptions just by being women in mining and in construction. “We are the change, and we have to realise that we have to change our own perceptions about ourselves if we want legislation implemented and companies to invest in us.”

While a mindset change is key to transformation, Singh also mentions that companies should develop a company awareness policy that explores “what exactly gender equality means” and what is stated in the Gender Equality Bill so that men and women can be on equal footing.

AfriSam has fully embraced empowering women in the construction and mining sectors, Singh enthuses, referring to the company’s Women in Mining Forum, which covers women in construction. The forum meets on a regular basis to address the needs of women.

South Africa has policies and legislation – such as the Gender Equality Bill, the Employment Equity Act and the Promotion of Equity and Prevention of Unfair Discrimination Act – to advance transformation.

However, Singh laments that the implementation thereof remains problematic, suggesting that a stepping stone to encourage women empowerment is through various skills development and internship programmes.

“We need to start the skills development at primary-school level and continue with that throughout high school,” she says, emphasising that mathematics and physical science should not be disregarded as subjects because they are perceived as difficult.

Singh notes that people generally shy away from these subjects, and a solution could be to instill a love for physical science, mathematics and technology in young children, especially girls.

Additionally, post-schooling, she suggests using frameworks that have been established to upskill people, and the introduction of women to artisan- or male-focused programmes so that they can also harness these skills.

Once these skills have been taught to women, there will be an increased introduction of women into the construction industry.

Meanwhile, Singh notes that while South Africa’s sluggish economy is now further hampered by Covid-19, it is important to note that it “affects everyone equally” – men and women.

The pandemic is set to affect the construction industry at large and it will place a restriction on all new entrants to the industry, she says. Considering that construction drives demand for building materials, such as sand, gravel, cement, iron and steel, she laments the negative impact on a massive value chain.

The pandemic, she believes, marks an opportunity to bring strong minds together, in South Africa and internationally, to drive the necessary changes to boost the industry going forward.