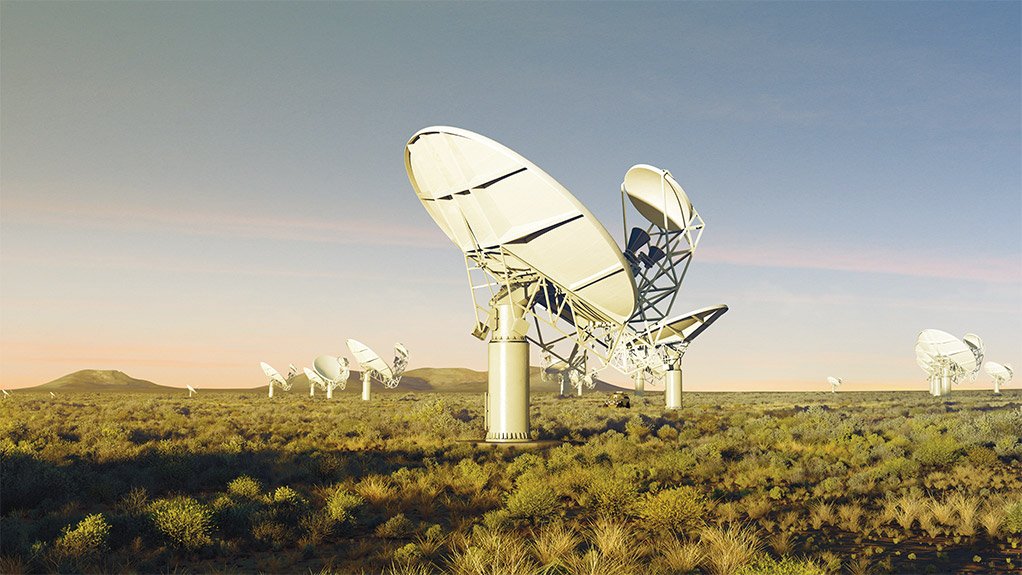 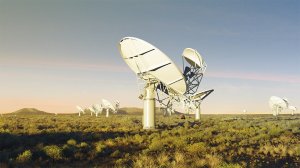 South Africa’s MeerKAT radio telescope array, although still under construction, has successfully participated in an unprecedented international collaboration that has opened a new era in astronomy. For the first time, a major astronomical event – the collision of two neutron stars – has been observed in both the electromagnetic spectrum and by gravity waves.

The US Laser Interferometer Gravitational Wave Observatory (Ligo), which is composed of two sets of detectors, at Hanford in Washington state and at Livingston, Louisiana, detected a gravitational wave source (designated GW170817) on August 17. Almost immediately afterwards, the same wave was detected by the six-country European collaborative Virgo gravity wave observatory, near Pisa in Tuscany, Italy, and then, about two seconds later, the US National Aeronautics and Space Agency’s Fermi space telescope detected a gamma ray burst from the same area.

One of the radio astronomy instruments involved was MeerKAT, which observed the event on three days during the period from August 26 to September 17. But it was also observed by the Southern African Large (optical) Telescope and the Hartebeesthoek Radio Astronomy Observatory (HartRAO) – MeerKAT and HartRAO both form part of the recently established South African Radio Astronomy Observatory (Sarao). “[T]he initial observations we’re making of GW170817 indicate that we’re already contributing meaningfully in this area – in other words, even as we’re still building it, MeerKAT has started to do science,” highlighted Sarao chief scientist Dr Fernando Camilo.

“The Ligo-Virgo gravitational wave detection and subsequent electromagnetic study of the binary neutron star collision is one of the many truly wondrous moments of modern astrophysics,” he affirmed. “Many of us have dreamt about this event for decades, and it’s more wonderful than we could have imagined. It raises as many questions as it begins to answer.”

“Deep understanding in this area will come from continued study of the electromagnetic radiation from the remnant of GW170817, which we expect to evolve over weeks and months; and from the detailed study of more such events to follow in the years to come,” he pointed out. “Currently, the radio waves from this source are too faint for the partially-built MeerKAT to detect, but our sensitivity at the radio frequency we use is already among the best in the world, and our scientists and engineers in South Africa are working hard on making it even better.”

The collision took place relatively close to Earth, in astronomical terms – at a distance of 130-million light years. (Our galaxy, the Milky Way, has a diameter of about 100 000 light years). The two neutron stars spiralled into each other. Each had a mass estimated at between 1.1 to 1.6 times the mass of the Sun.

Neutron stars are the smallest and most dense stars known. Each is only about 20 km (twenty kilometres) in diameter, but a neutron star is so dense that a teaspoon-full of its matter would have a mass of a billion (not million) tons. For the last 100 seconds before they collided, the two neutron stars emitted gravitational waves that were detected on Earth and when they smashed into each other they emitted a burst of gamma rays. Other forms of electromagnetic radiation, including visible light, were also released and detected in the following days and weeks.