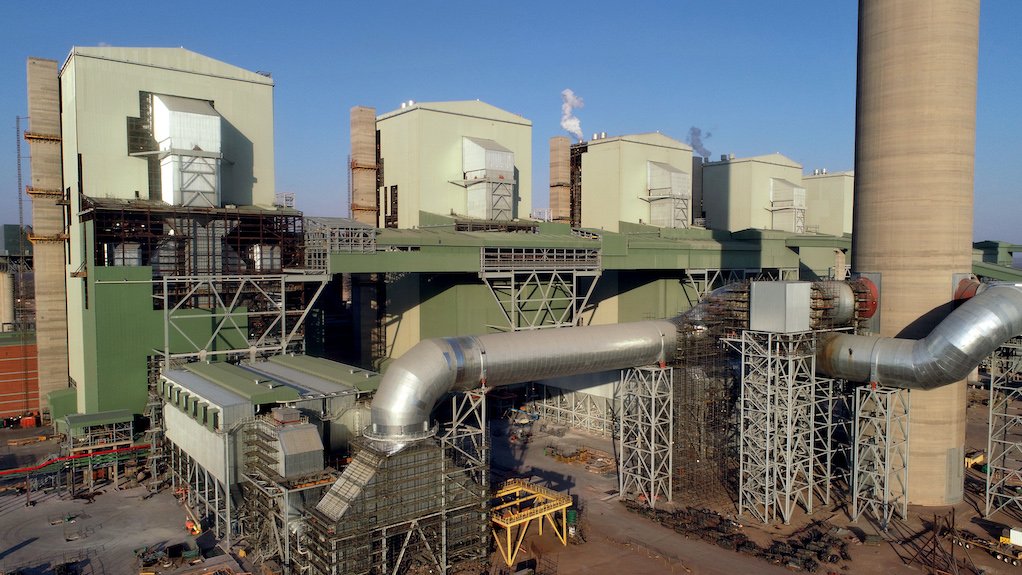 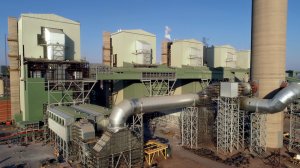 Location
An 883 ha site in Lephalale, Limpopo, in South Africa.

Project Description
Medupi will be the fourth-biggest coal-fired power plant and the biggest dry-cooled power station in the world. The power station will comprise six units with an installed capacity of 4 764 MW.

The planned operational life of the station is 50 years.

The power station will use high-tech supercritical boilers, which will operate at higher temperatures and pressures, compared with those of older boilers, thereby providing greater efficiency. Supercritical technology will result in more efficient use of natural resources, such as water and coal, and will have an improved environmental performance and footprint.

It is the first baseload coal-fired power station to be built in South Africa in more than 20 years and its delivery on schedule is viewed as critical.

The project is somewhat unique because Medupi is being built in reverse order – traditionally Eskom has always started building Unit 1 and ended with Unit 6. This new approach is the result of the rock agglomeration on the southern side of the site, which was excavated and reused for engineering fill on the northern side.

The project forms part of the utility’s integrated strategic electricity plan and is designed to be wet flue-gas desulphurisation (WFGD) ready.

Potential Job Creation
At the peak of its construction, the project employed more than 18 000 people on building activities and another 2 000 supporting employees on site.

Further, more than 4 600 artisans, technicians, engineers and managers have been formally trained by Eskom’s contractors.

Capital Expenditure
The capital cost of the project is R122-billion so far, and Eskom expects to spend about R135-billion on completion of balance of plant (BoP).

Planned Start/End Date
All six units’ construction and commissioning activities were completed by July 2021, after more than a decade under construction. The project started construction in 2007.

Unit 2 was synchronised to the national grid on October 7, 2018. It reached commercial operation status on November 12, 2019.

Latest Developments
Eskom’s actions to rectify major boiler defects at its newly built Medupi and Kusile power stations are improving the plants’ energy availability factor (EAF), in some cases almost doubling it, compared with the EAF when the first boiler’s fires were lit.

To date, 80% of work to rectify the major boiler defects has been implemented. “The type of defects we have are those things that we could pick up only after you have run the plant for a long . . . [time]. They are mostly wear- [and] life-type [defects],”
Eskom new build defects senior engineering work leader Johannes van Tonder has said.

Eskom expects to complete the rectification work on major boiler defects in 2023.

The power utility started its major boiler defects rectification work by rolling out solutions, and testing their performance at Medupi’s Unit 3.  Those solutions that proved effective were then rolled out at Medupi’s other units and at Kusile.

The defect rectification scope of work covers many components around the milling plants at Medupi and Kusile.

Work on fixing mills is typically undertaken during planned outages, when a plant is refurbished or serviced, during which time the new and modified parts are installed in place of the defect items.

Undertaking these procedures during scheduled maintenance enables Eskom to rely on its spare mills, thereby not affecting boiler uptime.

Medupi’s mills were rectified, starting in 2020. To date, “the first good effect on the life of the mills at Medupi” has been observed, Van Tonder has said.

In addressing the defects and implementing solutions – which were developed and agreed to by Eskom and the boiler manufacturer Mitsubishi Hitachi Industries (MHI)  – Eskom has managed to increase Medupi’s EAF from 46% in May 2020 to 73% at the end of May this year.

Eskom projects GM Zandi Shange has said that Eskom has been working with MHI through a mutual agreement to ensure that the defects identified are known by both parties, and that solutions thereto are agreed to by both parties.