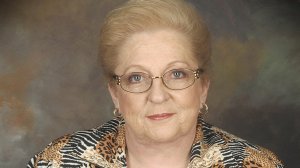 Industry organisation Master Builders South Africa announced that Eunice Forbes, who was the first woman to serve as president of a national construction association, has passed away at the age of 80.

Forbes was the founder and owner of Fintrex – a Sandton-based sports track and flooring specialist.

She was passionate about reducing unemployment and poverty and fought for increased training in the building industry and transformation, urging established contractors to help the emerging sector, the association says.

She also fought against an increasing lack of ethics and corruption, compromised health and safety, delayed payments, limited AIDS awareness and industry apathy about the power of unity.

Forbes overcame polio and a curvature of the spine in youth, and was also a fighter for equal rights for women and the disabled. Despite severe mobility issues in later life, Forbes still managed to be a member or hold executive positions in the Johannesburg Chamber of Commerce and Industry, the National African Federated Chamber of Commerce and Industry, South African Women in Construction, South African Bureau of Standards, Construction Sector Charter Council of the Department of Public Works Ministry and the Business Unity South Africa National Disability Task Team.

“Our tribute was to acknowledge ‘an Iron Lady’ who spent almost a lifetime serving the Master Builders Association and the entire building and construction industry. Since I became the first black executive director of MBA North in more than 115 years, Eunice, over the past ten years, ensured that I received all the support and guidance required for my work,” he said.