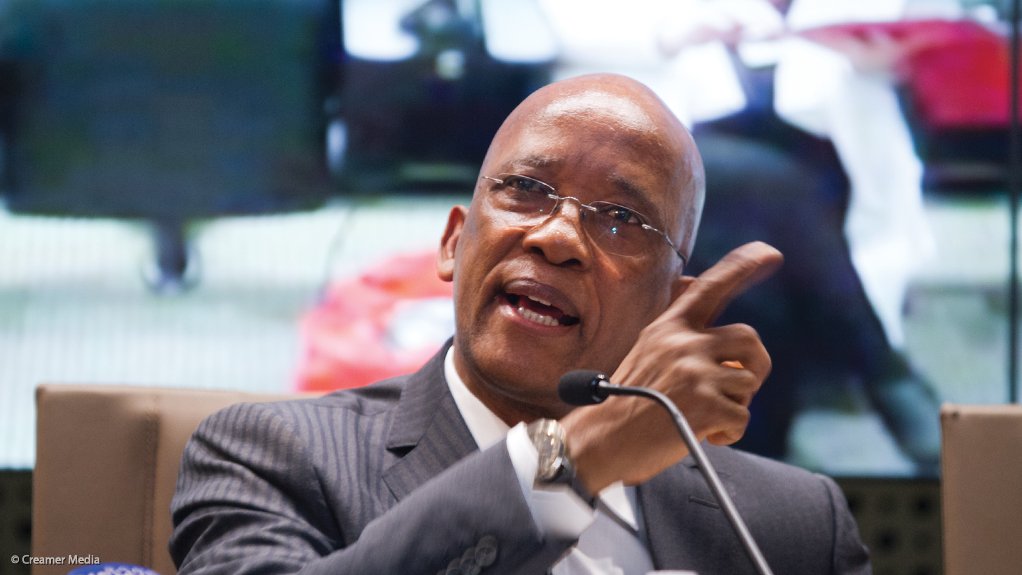 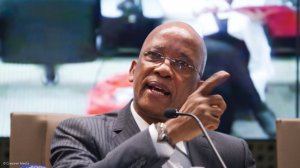 Energy Minister Dikobe Ben Martins reported on Tuesday that a deadline of the end of March had been set by the Department of Energy (DoE) for the initiation of the long-awaited procurement processes for new baseload and cogeneration independent power producer (IPP) projects.

Addressing the media on the sidelines of an energy leaders roundtable in Johannesburg, Martins said the issuance of requests for proposal featured strongly on the agenda of the department’s recent strategic management committee meeting, where the deadline was agreed.

Director-general Nelisiwe Magubane confirmed that the bidding processes would be pursued in line with the determinations issued on December 19, 2012.

Under the baseload determination, 2 500 MW had been allocated for coal-fired IPP projects, 2 652 MW for baseload or mid-merit natural gas capacity and 2 609 MW for domestic and imported hydro-electricity prospects.

In addition, the DoE planned to procure 474 MW from near-term natural gas projects as outlined under the Medium-Term Risk Mitigation Plan, which also included a further 800 MW allocation for cogeneration capacity, arising from biomass, industrial waste and combined heat and power sources.

While confirming the March deadline, Martins also indicated that he had requested the management committee (comprising Magubane, her deputy directors-general, as well as several advisers to the Minister and his deputy) to work to accelerate the initiative, so that “we can make an announcement before March.”

The procurement processes could well be modelled on the successful Renewable Energy Independent Power Producer Procurement Programme, or REIPPPP, under which three bid windows had already taken place.

In an earlier address, Martins lauded the REIPPPP, which had already stimulated investments and/or investment commitments worth R150-billion, while elevating South Africa to twelfth position on a global ranking of the most attractive renewable-energy investment destinations.

Should all of the 17 preferred projects identified following the third bid window reach financial close, it would raise to 64 the number of renewables projects under construction across South Africa, with a number of the first-window projects already producing electricity. Once completed, the projects would have a combined installed capacity of 3 933 MW.

However, there had been far less progress on securing baseload IPP capacity, with private developers citing regulatory and legal constraints as being the main obstacles.

In fact, energy-market stakeholders used the roundtable, which was organised by the State-owned Central Energy Fund, to press Martins for clarity on the status of the Independent System and Market Operator (ISMO) Bill, whose parliamentary progression appears to have all but stalled.

University of Cape Town Graduate School of Business’ Professor Anton Eberhard, who is also one of the 25 commissioners on the National Planning Commission, said the legislation was critical for creating the necessary conditions for IPP investment, particularly in the context of Eskom’s market dominance.

But he expressed anxiety that the ISMO Bill had failed to emerge from parliamentary processes, despite having twice been endorsed for tabling by the Parliamentary Portfolio Committee on Energy.

Cennergi CEO Thomas Garner argued that the Bill had seemingly “vanished” from public view and described the development as concerning for potential investors.

During hearings on the Bill, State-owned utility Eskom expressed serious misgivings, highlighting the potential financial risks associated with the transfer of its transmission assets to an autonomous entity. It also insisted that it could only support legislation that catered for a phased ISMO introduction.

Martins said he was committed to “levelling the playing fields” for IPPs and indicated that the DoE was in discussions with Eskom’s shareholder department, the Department of Public Enterprises, to find a way to mitigate the utility’s concerns.

But he also stressed that he remained committed to consulting with Parliament and noted that the National Council of Provinces and its select committees could not be expected to merely “rubber stamp” pieces of legislation passed on to it from the National Assembly.

Nevertheless, he said he was committed to resolving the issue, which was of “burning importance” to the energy sector and also promised “vibrant communication” on all issues of importance to the sector.