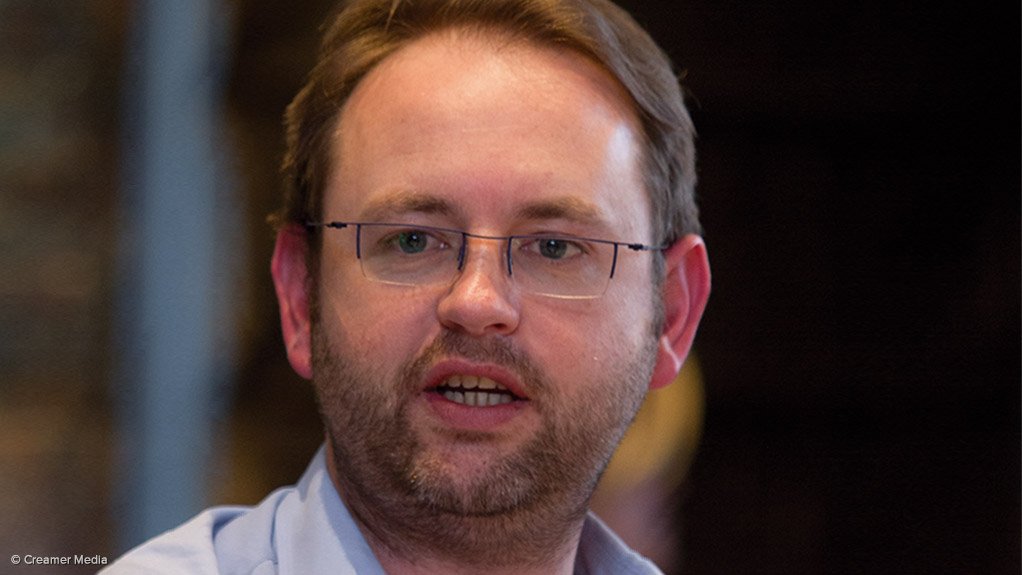 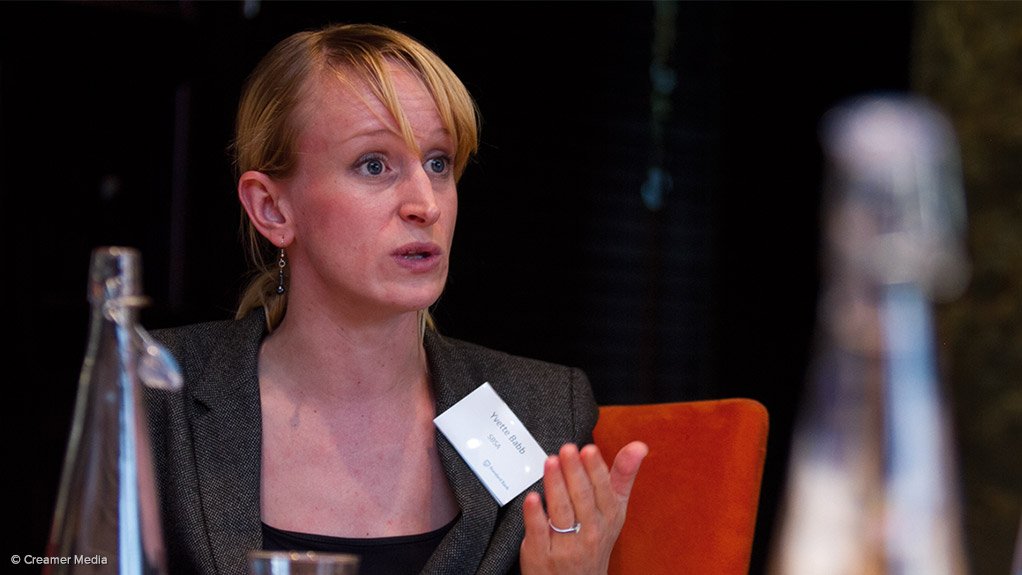 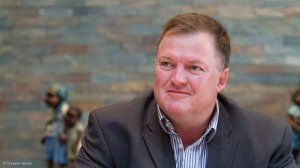 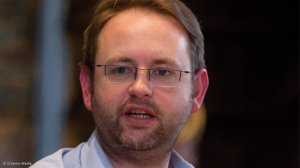 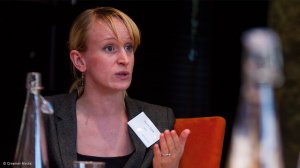 Welcoming delegates to the manufacturing forum in Johannesburg, Creamer Media CEO Kenneth Creamer commented that the manufacturing sector was crucial to the country’s economy, due to its job creation capabilities and facilitation in growing South Africa’s export market potential.

In opening the discussion, Standard Bank’s Head of Transactional Products and Services for Business Banking, Keith McIvor said, “The South African economy is going through a period of great turbulence, affected by the global financial crisis of 2008 and the resulting consequences. One of those consequences was the introduction of various pieces of legislation, including the third Basel Accord (BASEL III).”

BASEL III is a global standard aimed at homogenising the treatment of capital across all banks around the globe. One of the consequences of BASEL III, however, is that it could make capital more scarce. As soon as capital becomes scarce the law of supply and demand comes into play, thus making capital more expensive.

“The manufacturing industry that is already facing challenges including globalisation, productivity and efficiency, exchange rates and currency, and the opportunities of an African development perspective. We need to understand what the further impact could be of an environment where capital is becoming more expensive” McIvor said.

“They have gone this route for a variety of reasons such as labour, productivity and efficiency issues, and the imposition of a variety of administered cost’s such as electricity. We see Standard Bank’s role as enablers to the manufacturing sector, and it is therefore important for us to gain insight to the problems being faced,” said McIvor.

Bezuidenhout said: “Through the Manufacturing Circle I have exposure to over 40 of the biggest manufacturing concerns, representing some 250 000 jobs in the country, and the issues that they deal with. The manufacturing sector plays a crucial role in the South African economy and there are upstream sectors such as mining and agriculture which, when experiencing problems such as labour issues, have a trickle down impact on the manufacturing sector, which in turn impacts on the general economy.”

“The recently released statistics for gross domestic product (GDP) for the first quarter of 2013 indicates that the manufacturing sector is taking a nosedive, despite the weakening rand. Yet, despite 1.2% being removed from its quarterly contribution to the GDP, a survey initiated by the Manufacturing Circle seems to indicate that manufacturers view their prospects as stable.”

He says there are a number of factors which explain this anomaly:
• The number of public holidays in the first quarter had a negative impact
• Extraordinary supply-side constraints – steel, tin plate and liquefied petroleum gas
• Perennial constraints regarding the security of electricity supply and water increased costs
• Shortage of high-grade coal
• Poor rail and harbour capacity
• Declining foundry capacity
• Damaging sociopolitics around the mining sector
• Disjointed trade policy and administration
• Influx of incentivised and illegal goods

“But, if one looks back, one will see that the manufacturing industry’s relative decline dates back to the 1980s, when it contributed more than one-fifth of the GDP, gold mining was strong and other sectors were still under-developed compared with today,” noted Bezuidenhout.

A number of delegates commented that a weakened rand only created a temporary alleviation and did not make the manufacturing sector competitive, highlighting that it only allowed exports to be competitive in the short term. In the long run there is a need to make the industry more productive and profitable to compete successfully.

Local representatives of global concerns pointed out that the same set of parameters used abroad could be used for accurate benchmarking locally, and included factors such as labour costs, productivity and supply of raw materials.
These factors impact on the ability of the manufacturing sector to remain competitive in the current economic slump. “When benchmarking against global affiliates we are either competitive or not and if we are not, they will source from a more competitive outlet,” commented one delegate.

Bezuidenhout added that numerous manufacturers who have benchmarked themselves to competitors had subsequently found their competitiveness undermined by the supply of old stock or expired stock from Europe and the Far East.

A company which requires raw material from the steel sector stated that everything they added value to was imported, as they could not source the materials locally at the same price. They had gone through the exercise of sourcing local production but it could not be produced at a better price than what they had bought from Europe, reiterating that local issues needed to be addressed for the benefit of the manufacturing sector to further reverse the closing of local manufacturers.

The issue of local content requirements of the South African government within selected industries has also caused concern. The request from government for local industry to reach an aspirational target of 75% local content across the board was viewed as unattainable by the forum’s attendees; a more realistic percentage would have been welcomed. In reality some outlets could already offer 10% local content with a view to increasing that amount over time.

McIvor asked whether South African business where getting to grips with the opportunities on the African continent. While the opportunity is available, there are also markets which are unable to accommodate high-tech and precision manufactured products and services. There was consensus at the manufacturing forum however that local companies should be exploring opportunities outside of South Africa, where demand was still great and industries underdeveloped. Angola for example, has received major investment from multinationals operating in the oil and gas sector. “It is those multinationals that drive the need for manufactured goods, in addition to local awareness and a need for technological development,” said McIvor.

African markets can offer easier and more cost effective logistical costs and access to unsaturated markets.
Standard Bank Africa strategist Yvette Babb commented: “There is no indication that relocation plans have yet been put into play – it is merely a thought process at present. However at the same time the South African economy is growing very slowly, costs are rising and there are labour issues to be resolved, with all of these factors putting profit margins under pressure.”

It was noted that economic growth in Africa over the next five years is likely to be driven by countries other than South Africa, and it is likely that in five years’ time most businesses will be looking to expand outside of South Africa. The country could find itself losing its current competitive edge if multinationals seriously consider relocating their manufacturing operations to underdeveloped regions, added Babb.

“A recent report from the United Nations Conference on Trade and Development’s World Investment Report stated that African countries, led by South Africa and Angola, are stepping up their investment overseas, with foreign direct investment outflows from the continent nearly tripling from $5-billion in 2011, to $14-billion in 2012. The political stability of countries such as Mozambique, Zambia, and Angola currently make short-term capital expenditure a more lucrative option,” she said.

International market trading practices, behaviours and cultural norms also need to be taken into account by South African manufacturers wishing to expand their businesses. They could also consider tapping into South African interests which already have a presence in the region. Facilities to be explored include finance, opening of trade channels and having legislative and macro policies and strategies in place.

Standard Bank, through its African network and as the largest bank in Africa, is well placed to offer such assistance and welcomes the opportunity to do so. McIvor said: “We are here to assist business development, to look at a manufacturer’s strategy and business expansion plans and to ensure that these come to a successful fruition, which we believe we can do due to our presence in Africa”.

Bezuidenhout added that the Manufact-uring Circle was also increasingly approached by trade departments and trade associations from African countries to discuss industrial policies and the setting up of their own special economic zones (SEZs) which would compete with South Africa’s SEZs. “The way forward is to embrace partnerships with African counterparts. Having said that, many high level talks appear to have been conducted with our own Department of Trade and Industry about the creation of larger trading blocks, as opposed to a simple solution to getting goods into a neighbouring state – something that would assist the local manufacturing sector”.

“In an efficiency-driven economy, manufacturing could provide relatively well-paying employment for the young, unskilled and inexperienced worker. Even though our adult employment ratio may be on a par with countries such as Turkey, Hungary, Poland and Chile, they, as well as any basket of peer economies, by far outstrip our youth employment ratio.”

He concluded by saying that ensuring the future of manufacturing in South Africa was necessary because no other plural economy had achieved sufficient, shared and sustainable growth without manufacturing.