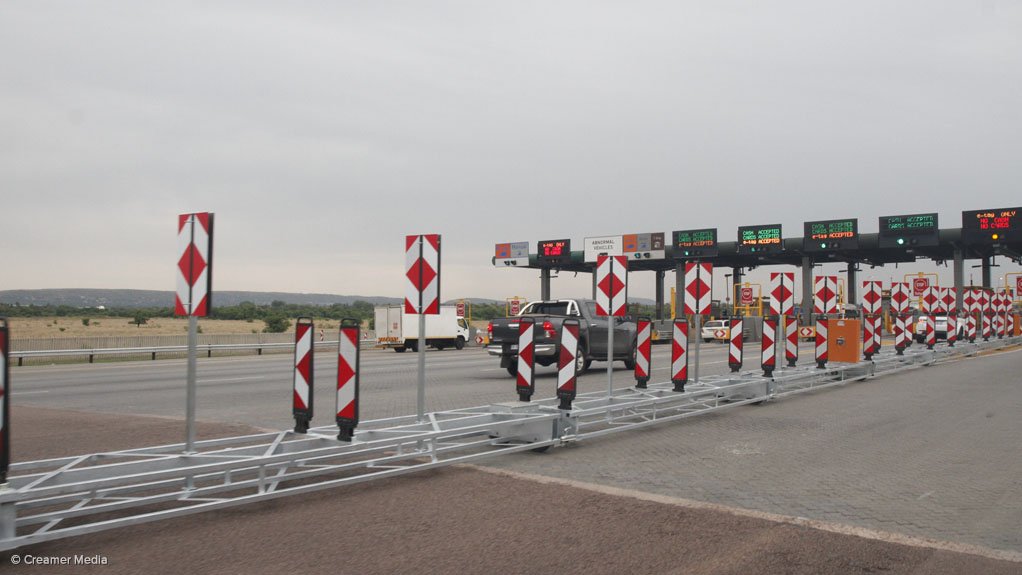 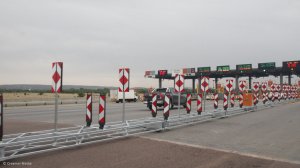 Photo by Duane Daws
INCREASING CAPACITY Bakwena has installed two pivots, each valued at about R2.4-million, at both the Doornpoort and Pumulani toll plazas

Bakwena commercial manager Liam Clarke explains that these upgrades are required to ensure that the N1/N4 route continues to meet the highest international standards of, for example, the Permanent International Association of Road Congresses, the World Road Association and the International Road Federation for motorists.

The total capital investment by Bakwena in the N1/N4 route will be about R12.5-billion over the 30-year concession contract, which was entered into in 2001 with Sanral to finance, build, operate and maintain the 385 km route.

“In return for the capital investment, Bakwena is entitled to charge tolls on the route, which are used to repay loans, for routine and periodic maintenance operations, as well as route patrols,” Clarke explains.

Further, Bakwena also installed two pivots (equipment which moves the central barrier on either side of the toll gate) – valued at about R2.4-million each – at both the Doornpoort Toll Plaza and Pumulani Toll Plaza, in Pretoria, on the Bakwena route to assist with road safety and traffic capacity.

The pivot swivels around a centre point in the median, about 173 m from the toll lanes at the Doornpoort and Pumulani toll plazas.

“The pivot is able to move across six lanes to provide for 11 lanes in an easterly direction, and five lanes in the westerly direction in the morning peak hours at Doornpoort plaza,” Clarke explains. The lane situation, he adds, is reversed in the afternoon peak hours. In off-peak times, the pivot can be set to produce eight lanes in both directions.

Other upcoming projects include the upgrade of the R512 interchange, in the North West, which includes the provision of west-facing ramps. The upgrade is expected to start in January next year and is expected to cost R55-million.

Clarke further notes that construction of a second carriageway on the N4 between the M17, in Johannesburg, and the R512 (Brits interchange), will also start in January, with construction estimated to take 36 months and R600-million to complete.

“The project will involve the extension of structures to accommodate the second carriageway and the realignment of interchange ramps to tie in with the new carriageway. The upgrade to the dual carriageway will vastly improve the road safety and traffic capacity between the M17 and the Brits interchange.”

Clarke adds that the rehabilitation of the N4 westbound carriageway between the R512 up to the Buffelspoort interchange, also in the North West, will involve resurfacing and cost about R100-million to complete.