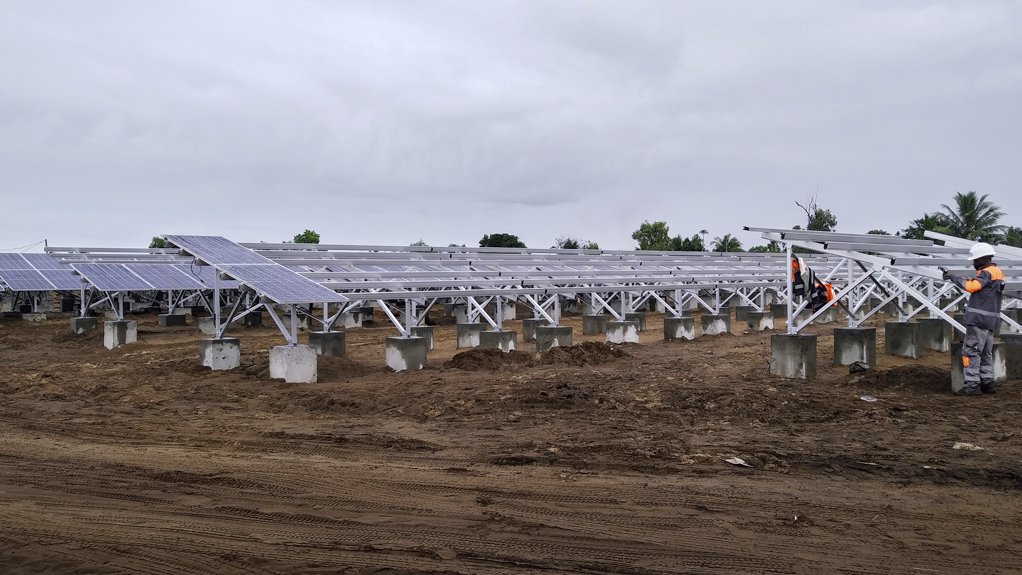 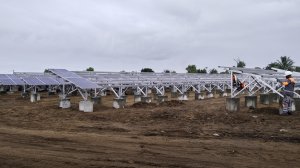 Renewable energy, real estate and free zone project developer Groupe Filatex is rolling out a series of renewable energy power projects in Madagascar in partnership with Canada-based energy development company Dera Energy as part of its efforts to address a dire electricity deficit, increase access to electricity by the country’s majority rural population and reduce the country’s historic reliance of carbon-intensive fossil fuels.

Madagascar is faced with a dire shortage of electricity, with only about a quarter of the population having access to electricity.

The situation is further exacerbated because as much as 80% of the population (about 20-million people) live in a rural setting, of which only 5% is electrified.

Further, access to electricity in rural settings is often limited to short evening peaks when small-scale fossil-fuel burning plants operate, selling power at high prices of about €0.55/kWh – equivalent to about R11.36/kWh as at August 14.

The mobile units were built to showcase Groupe Filatex’s versatility in developing various types of plants, as well as to have the ability to move them in an emergency situation.

He tells Engineering News that the company has been in the energy production sector of Madagascar for about 12 years. Initially, the company was focused on fossil-fuel powered plants, with an emphasis on HFO generation, but redirected its focus about two years ago to renewable energy projects instead.

By the end of 2021, Groupe Filatex will be providing green electricity to over one-million households.

Its projects are in the form of primarily solar-grid-connected PV projects.

In urban areas with existing grid connectivity, Groupe Filatex is connecting its commissioned plants to the grid, selling its power to State-owned power utility Jirama.

In rural areas with poor or nonexistent grid connectivity, Groupe Filatex is developing minigrid infrastructure and for some of these towns, selling power directly to the end-user, thereby electrifying previously dark areas.

By the end of 2021, Groupe Filatex expects to have solar PV projects in locations providing electricity to the cities of Tamatave, Tulear, Diego, Majenga, Nosy Be, and the capital Antananarivo.

As a whole, the company plans to roll out as much as 280 MW in renewable energy, including 170 MW in Madagascar and 110 MW in other parts of Africa.

Currently, Groupe Filatex also has 102 MW worth of HFO generation assets in Madagascar.

Conde says that Madagascar is developing two big hydropower projects, adding however, that these take a long time to develop.

“So the country needs this period of transition with solar to be able to quickly provide additional power into the grid, but at the same time to have them come from renewable energy.”

With a strategy to expand regional renewable energy in mind, he tells Engineering News that Groupe Filatex currently has about 170 MW of solar PV projects in development. These projects were started early in 2019 with site preparations, while installation of modules and other equipment got under way towards the end of 2019.

In July this year, Groupe Filatex commissioned its first kilowatts to the national grid, providing additional power to the city of Tamatave. “By the end of August, we will have a total of 2 MW in production. If it was not for Covid-19, we would have had 2.9 MW in production in Tuléar as well.”

Further, some of Groupe Filatex’s solar PV projects incorporate battery storage components to provide power 24/7 with renewable energy. On such instance is the company’s building of a 10 MW rooftop installation at its free zone in Antananarivo, as well as a 20 MW project in Ghana, and 10 MW in Guinea due to come on line in 2021.

The company is also rolling out several 100 kW to 750 kW minigrid independent power systems in rural Madagascar, with projects totalling 14 MW. These systems will be completely autonomous with battery storage technology and deliver electricity to the national offtaker and in some cases directly to the end-user.