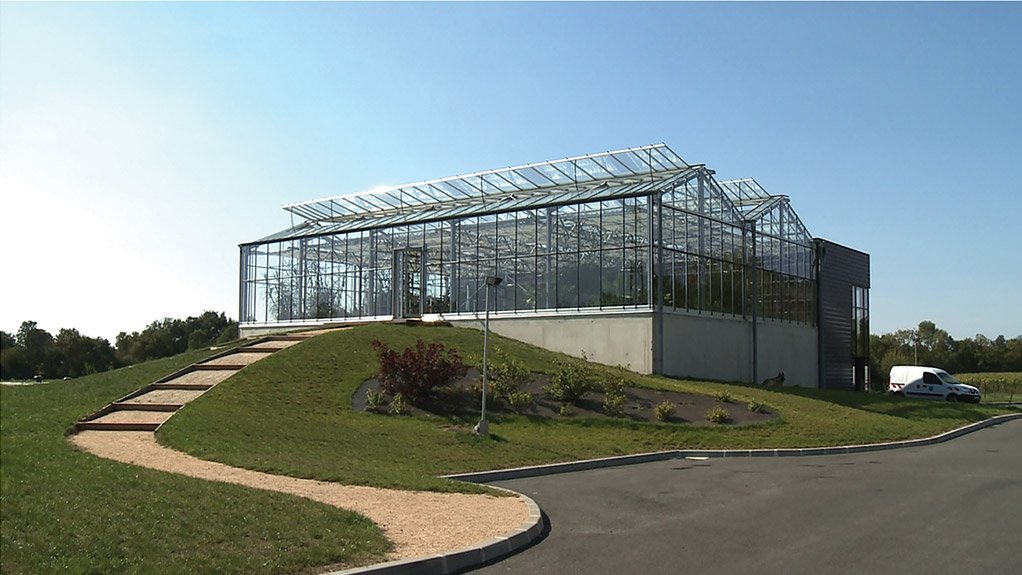 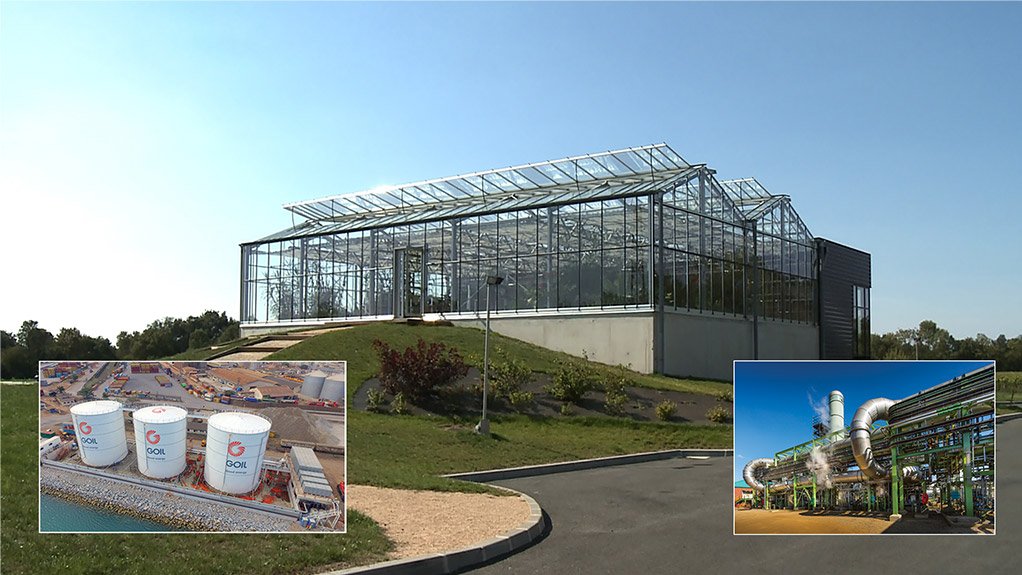 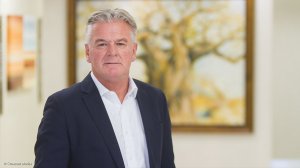 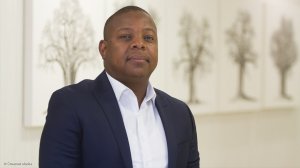 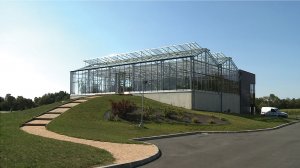 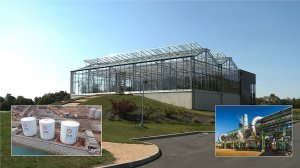 The Power & Water business platform within JSE-listed engineering and construction group Murray & Roberts (M&R) is beginning to shift its attention from Eskom’s two megascale power station projects, in Limpopo and Mpumalanga respectively, to tackling a range of smaller opportunities in various industrial and resources sectors.

M&R Power & Water platform chief executive officer Steve Harrison says demobilisation at the Medupi and Kusile projects will begin in earnest during the course of 2018, having absorbed the lion’s share of the unit’s 6 000-person-strong human resource complement over the past ten years.

In parallel, efforts are under way to replenish the platform’s order backlog both in South Africa and sub-Saharan Africa, with a particular focus on prospects in the mining, pulp and paper, chemicals, electricity, energy and water treatment markets.

Harrison expects future contracts to be far more modest in scale and contract value than Medupi and Kusile, where, at one point, M&R was involved in either constructing or commissioning 11 of the 12 boilers simultaneously.

Re-engaging with the Market
The size and complexity of the power contracts, awarded in 2007 and 2008, also meant that the platform was unable to pursue smaller opportunities. However, as the megaproject era draws to a close the platform is actively re-engaging with clients and sectors it serviced prior to the award for the Eskom contracts.

In fact, Harrison is at pains to stress that M&R is as comfortable with smaller contracts as it is with multibillion-rand projects and he anticipates that the bulk of its future orders will have contract values of between R100-million and R500-million.

The platform has already re-established a presence in Secunda, Mpumalanga, to service Sasol as a tier-one supplier of civil, structural, mechanical, electrical, instrumentation, piping and plate work and has been active on the chemical and energy group’s volatile organic compounds project, as well as its coal tar filtration east project.

“We are also executing smaller shutdown projects and have established offices and a workshop to service our projects there,” Harrison says, adding that the workshop has South African Institute of Welding ISO 3834 accreditation for the fabrication and repair of pressure vessels.

The unit is also active on various mining-related contracts both domestically and in the rest of Africa, and is positioning itself to play a role in upcoming investments in the paper and pulp sectors, with both Mondi and Sappi set to embark on some significant projects in KwaZulu-Natal. Sappi has announced plans to significantly expand its dissolving wood pulp capacity by 2020, while Mondi is aiming to install a new recovery boiler at its mill in Richards Bay.

The immediate outlook in the power sector is far less clear in light of delays to South Africa’s independent power producer programme. However, M&R Power & Energy business development director Vusi Tsale says that it is keeping close tabs on all the opportunities and not only the baseload project with which the group has traditionally been associated.

Skin in the Game
Tsale reports that M&R is also open to “putting skin in the game” by taking an equity position in some of the projects, as was the case with the 5 MW George biomass project, which achieved preferred bidder status under the small-scale Renewable Energy Independent Power Producer Procurement Programme, which has since stalled.

For M&R, equity will only be taken up in those instances where such a position enables it to inject its engineering, procurement and construction skills and resources, as well as the group’s operations and maintenance capabilities.

Tsale believes South Africa’s gas-to-power programme, if and when it proceeds, could be an ideal opportunity for M&R to inject a modest level of equity to leverage the group’s strong capabilities, aided by its Clough subsidiary, in Australia, to design, build and operate the gas-fired power stations to be built on the back of the associated liquefied natural gas import and regasification infrastructure that will be built. However, he stresses that M&R does not intend to be a long-term equity participant in such plants.

The group is also increasingly turning its attention to transmission and renewable-energy opportunities across sub-Saharan Africa and has concluded memoranda of understanding with power engineering and technology companies Black & Veatch, Worley Parsons and Shanghai Electric Corporation to improve its visibility of the opportunities and its service offering.

In the energy market outside of electricity, M&R is currently bidding on, or tracking, several bulk refined products storage facilities. The demand for storage has grown considerably, owing to the fact that refining capacity across Africa has failed to keep pace with demand. Therefore, more and more countries, including South Africa, are investing in tank farms.

“As a group we have an appetite to secure projects in the oil and gas sector, which we will pursue with our sister company, Clough, which will provide the engineering and procurement, while we will execute the construction element across sub-Saharan Africa,” Tsale explains.

During 2017, M&R Ghana completed a fuel storage facility in Takoradi Port for Ghana Oil Company, or GOIL, which placed a contract for the construction of three marine gas oil storage tanks and all associated receipt, dispatch and berthing facilities. M&R Mozambique Limitada has also been awarded a tank repair contract for Sasol Mozambique at their Temane facility.

The platform is currently following up with GOIL on a possible bitumen storage project and is also pursuing a possible facility in Tema, in Mozambique, together with Clough.

Water Treatment
Harrison reveals that the platform may also consider using equity to leverage a greater share of the water treatment market, where M&R is focusing on opportunities in the areas of mine-water and industrial-effluent treatment, municipal water and wastewater treatment and re-use, seawater desalination, brackish water treatment, as well as advanced water treatment solutions.

The platform entered the market five years ago to provide turnkey water and wastewater treatment solutions, including operations and maintenance, for both public and private clients and its growth strategy has incorporated both technology partnerships and bolt-on acquisitions.

In 2014, M&R acquired Aquamarine Water Treatment, of Cape Town, which specialises in the provision of containerised and/or skid-mounted water and wastewater treatment solutions. Harrison says Aquamarine is currently experiencing significant growth, with its solution in particular demand in the drought-stricken Western Cape.

A feasibility study is also in progress for Life Health to provide water security and recycling solutions to their hospital facilities countrywide. Subject to feasibility, the project is expected to commence in the 2018 calendar year. Most of the equipment for these solutions will be supplied by Aquamarine, which has the potential to transform Murray & Roberts Water’s growth prospects.
M&R is also keeping close tabs on prospects for the development of both emergency and large-scale permanent desalination plants in the Western Cape.

The group has concluded a memorandum of agreement (MoA) with Hyflux, of Singapore, which specialises in the design, build and operation of large-scale seawater desalination plants across the globe, often on a public–private partnership basis. It has also concluded a MoA with Osmolflo, a company registered in Dubai, United Arab Emirates, which carries a stock of containerised seawater desalination plants, which can be deployed rapidly in emergency situations.

M&R has secured an exclusive licence agreement for the Hungarian technology, which can be located within urban areas. To demonstrate the solution, M&R is currently commissioning a pilot Organica plant at the Verulam wastewater treatment works, in eThekwini, and will operate it for 12 months.

In both the power and water segments, M&R aims to develop a capability to participate in the different stages of a project’s life cycle, from project preparation to operations, maintenance and repair.

“The main areas of focus, in addition to our traditional offering, are the long term operations and maintenance of infrastructure, including both baseload and renewable-energy power stations,” Harrison explains. The unit will also actively pursue refurbishment and repair, as well as maintenance contracts during plant outages.

Africa in Focus
However, besides moving up the project life-cycle value chain, as well as integrating engineering and design with its construction capability, regional diversification is another key priority for Harrison and his team.

“We have established offices in Accra, Ghana and Maputo, Mozambique. We have fully compliant entities operating in those countries and we also still have registered companies in Botswana and Namibia. The platform also intends to leverage M&R’s strong underground mining presence in Zambia to pursue any metallurgical, materials handling or water treatment opportunities that may arise at the country’s mines.”

Harrison says that, with limited immediate opportunity in South Africa, the platforms is intensifying is focus on West and East Africa.

“We have local nationals as country managers and selected local partner companies who we are working with on the opportunity pipeline,” he says, adding that there are plans afoot to expand the unit’s footprint to include Kenya.

“Coming out of the Eskom megaprojects, we need to shape ourselves and our resources to be able to deliver on some of the smaller and medium-sized projects by re-engaging with clients we worked with historically, but with whom we lost some contact while our attention was taken up by Medupi and Kusile,” Harrison concludes.