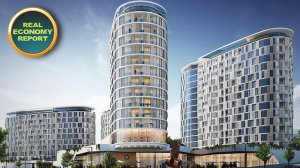 The first of three phases of the mixed-use luxury development involves building two of the four high-rise buildings, and has seen 80% of the units already sold, says Tricolt CEO Tim Kloeck.

The first two towers, called Newton and Kepler, will be 10 and 11 storeys high and will be completed during the first half of 2021. The Cassini and Galileo towers will comprise the second and third development phases.

Kloeck details the Ellipse project and its development phases.

The recent iteration of the National Health Insurance has caused significant panic in the healthcare sector with Discovery's share price severely impacted following the tabling of the proposed NHI plans in parliament.